MP Mathias Mpuuga, who is also the Leader of Opposition in the 11th Parliament has released a list of shadow cabinet ministers that he will work with for the next 5 years.

In his appointments, appointed legislators from his party, the National Unity Platform (NUP), Forum for Democratic Change (FDC), PPP, and independents.

The Leader of Opposition, in his mandate, appoints and heads an alternative Shadow Cabinet whose duty is to challenge and influence government legislation on the floor of Parliament.

Mpuuga, while announcing his team said;

“By virtue of powers conferred upon me under Article 82A(c) of the Constitution
and Rule 14 (2) of the Rules of Procedure of Parliament, I have appointed and
designated the following Honourable Members of Parliament to the Shadow
Cabinet.” 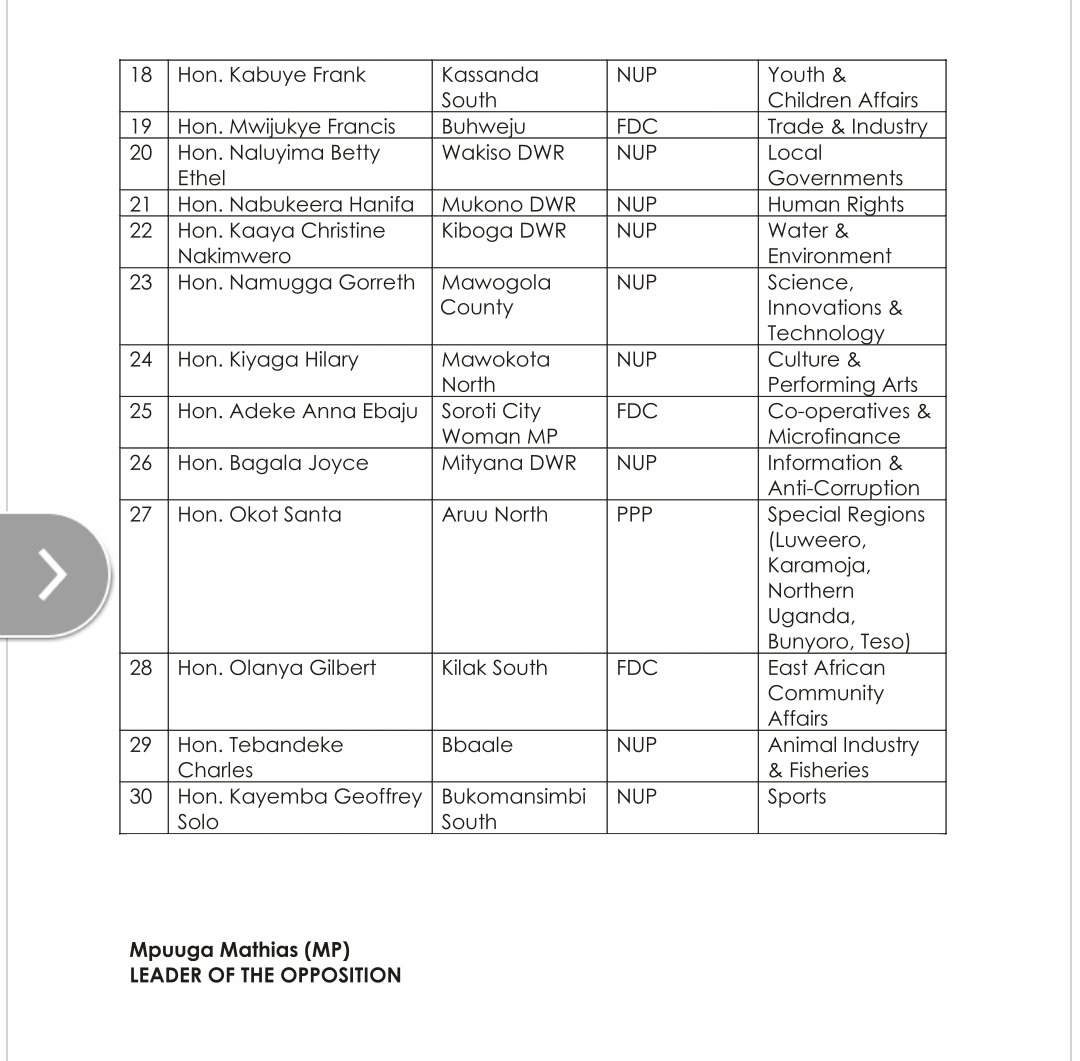 Cabinet has reinstated the ban on manufacturing, use, and importation of polythene bags, commonly known as ‘kaveera.’ State Minister for...