A section of Ugandans in Copenhagen, Denmark on Friday marched in protest of the arrest of Kyadondo East Member of Parliament, Robert Kyagulanyi Ssentamu and his colleagues, as well as what they termed as gross abuse of human rights by the state apparatus.

The group led by a telecom engineer, Dr Deo Musiige marched from the main station in Copenhagen to the city town hall under the guidance of security personnel.

Speaking to the crowd that was made up of Ugandans and Danish nationals, Musiige said they are taking a stand against the barbaric incidences that have been going on in Uganda for a good number of years now.

Dr Musiige claimed that ever since Museveni’s take over in 1986, the situation in the country has retarded in all aspects, citing that the health system is ailing and has no ambulatory services to cater for accident victims. He also said the government has failed to fix unemployment of the youth and the education sector.

“It is about time that we make a stand and hopefully make him (Museveni) acknowledge that it is about time to ensure a peaceful transfer of power. Taking a stand is what we are doing today, and we should continue raising our voices especially us in the diaspora because our brother and sisters at home risk their lives to have their voices heard. Our voices should be accompanied with petitions. Let us write petitions like we have done in Denmark that if the status quo continues, sanctions will be imposed on them that are helping to maintain the status quo and those who are responsible for the killings and torture of innocent civilians,” he added.

Mr Musiige hinted that in the spring of 2019, the group are organising a conference in Copenhagen with the theme: How can the diaspora help in bringing about positive change in Uganda. And of course through nonviolent means. 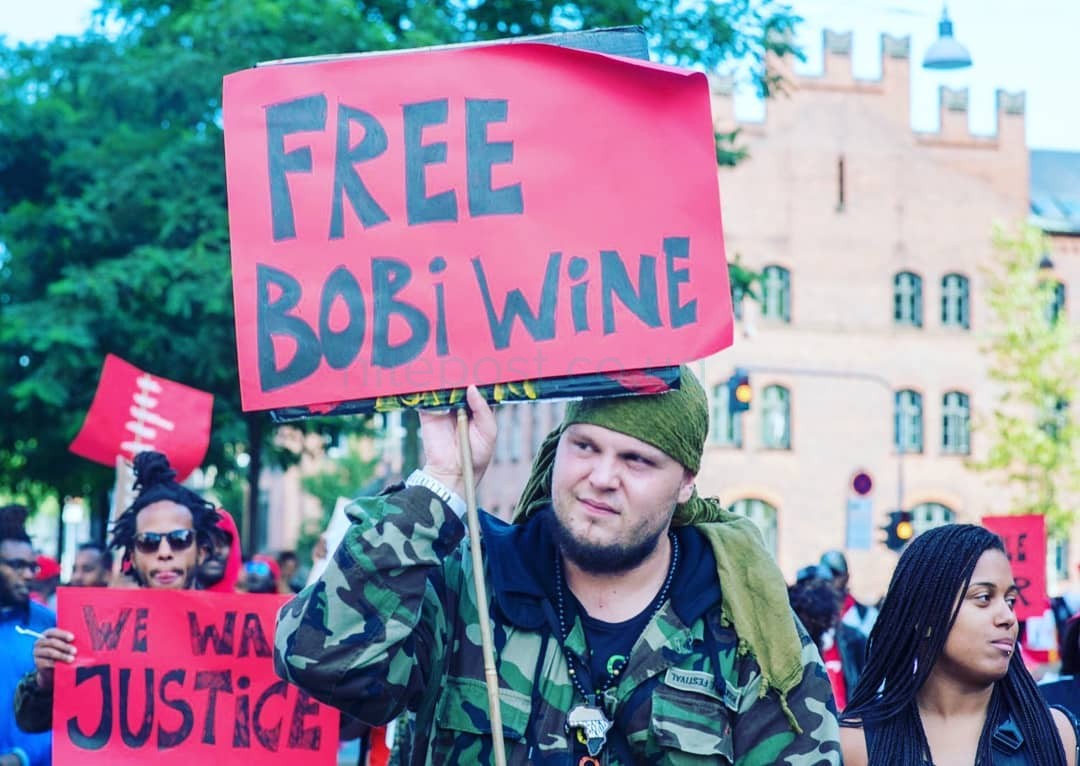 Ms Tusingwire Maria Lovence, a journalist in Denmark condemned the illegal arrests and detention by the regime, she claimed the country is hitting levels of insecurity.

“Today, this peaceful demonstration is not the end, but the beginning! You have often and rightfully so complained that we in the diaspora encourage you to go on streets and protest, but the moment the brutal state attack and dump you in prisons, we abandon you and get back to our business as usual while you languish in jail,” she said.

“We will not take up guns to remove him like he did, because Uganda has already shed enough blood, but we will continue to use our voices to speak up, we shall go to every roof top and shout out until the rule of law is restored in our motherland Uganda. And if you should be arrested for daring to speak out, we shall give you the legal representation, we shall get you out of his filthy torture chambers he calls prisons,” she added.

Mr Aligo Francis, a local politician in Denmark petitioned the Danish government to freeze aid to Uganda, if the country only uses foreign aid to finance activities that violate rights of citizens.

“We have with today’s date, handed over a petition as an appeal to the ministry of foreign affairs, demanding withdrawal of the Danish financial support for Uganda. We will as well on Monday proceed to the Uganda Embassy to handover our petition, requesting immediate release of Hon. Bobi Wine,” Aligo said

These join diaspora groups in Amsterdam, Netherlands, Nairobi (Kenya), London (UK), who have already protested the arrest and detention of legislators and others following the unfortunate events in Arua municipality campaigns.

The G7 group of leading economic powers has said it is "strongly concerned" by reports of human rights abuses in...

Ugandans in diaspora warn the US on wrong information about Uganda

Ugandans in the USA reject Museveni envoy, leave him and ambassador in cold

Besigye to Ugandans: “Take care of your life, Covid-19 is real”

Factory contracted to produce Gov’t radios has never produced any radio, has no capacity