President Museveni has said that soon, government will ban the importation of buses into the country as a way of supporting the country’s automotive industry.

President Museveni has said that soon, government will ban the importation of buses into the country as a way of supporting the country’s automotive industry.

Now that we are getting out of sleep, there should be no more importing of wholly built buses.

No more importing of wholly built vehicles. They wanted to play me a game that African Development Bank has lent us money but I don’t want to hear that. I won’t allow it. These thieves don’t care about others. They only think about their food. I insisted I can’t allow wholly built buses,”Museveni said.

The president was on Saturday visiting the Kiira motor vehicle plant in Jinja where he also laid a foundation stone.

According to Museveni, Uganda loses a lot of money to foreign countries in form of imports for vehicles yet the same can stay in the country. 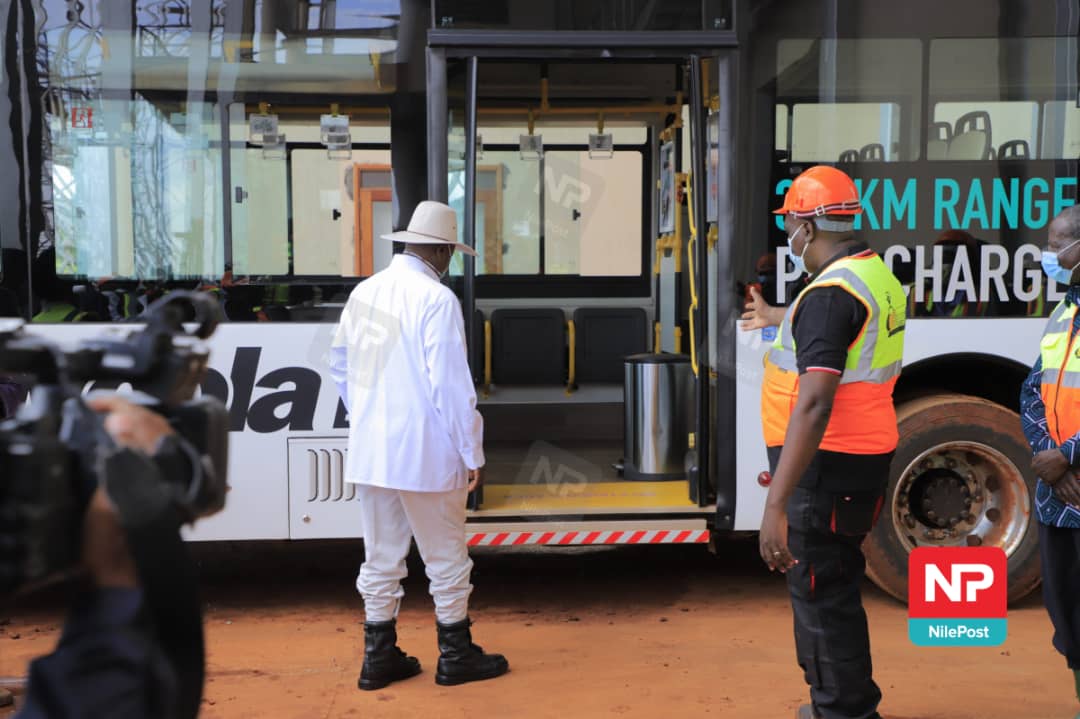 “The amount of money we spend on vehicles each year is 550million dollars and is sent out to buy vehicles from outside. All the money we get from coffee goes back to buy second-hand vehicles. This is squandering of money by buying vehicles but also giving jobs to those people yet our people are unemployed. We are losing both money and jobs,” he said.

“There is a big market for vehicles in the world but we sell nothing there. We have abstained from that huge wealth of the world. We pay expensively for products because we are forced to pay for the high cost of living of Europeans. We are getting disadvantaged in everything.”

The president noted that this will end when Uganda starts manufacturing and fabricating her own vehicles that he said will not only save money but also save the environment from poisonous gases from old cars.

According to the Kiira Motors Corporation CEO, Paul Isaac Musasizi, when complete, the plant will help in training artisans in various parts of the country to widen the manufacturing industry to help create jobs but also earn revenue to government.

“Motor vehicle manufacturing will create jobs in many other sectors. When we build a sustainable automotive industry we are building the heart of industrialization. This plant will help create over 100,000 jobs but also shs200billion will be created by government in five years whereas local governments will earn shs60 billion,” Musasizi said.

The Kiira vehicle plant sits on 100 acres of land at the Jinja Industrial and Business Park.

The construction works of the plan are undertaken by the UPDF through the National Enterprise Corporation and the works that started in February 2019 are currently at more than 85%.

The works are expected to be completed by December and manufacturing of vehicles will start early next year according to officials from Kiira Motors.

Health minister Jane Ruth Aceng has said samples from the alleged Kasangati fatality have tested negative, meaning that Kampala is...

There is both pity and scorn on Uganda’s Twitter timeline presented by a scenario in which a tweep in Arua...

Traders under the Kampala City Traders Association (KACITA) have petitioned the Deputy Speaker of Parliament, Thomas Tayebwa, on the high...