Gahiza island, located in the far Western part of Uganda, Kisoro district. It is one of the 20 islands strategically positioned in the waters of Lake Mutanda, one of the fresh water lakes in the country.

The island dates back to over 600 years well-known as a torture or punishment site to the young girls in the region who got pregnant before marriage. This was something that was never tolerated by the locals in the past. 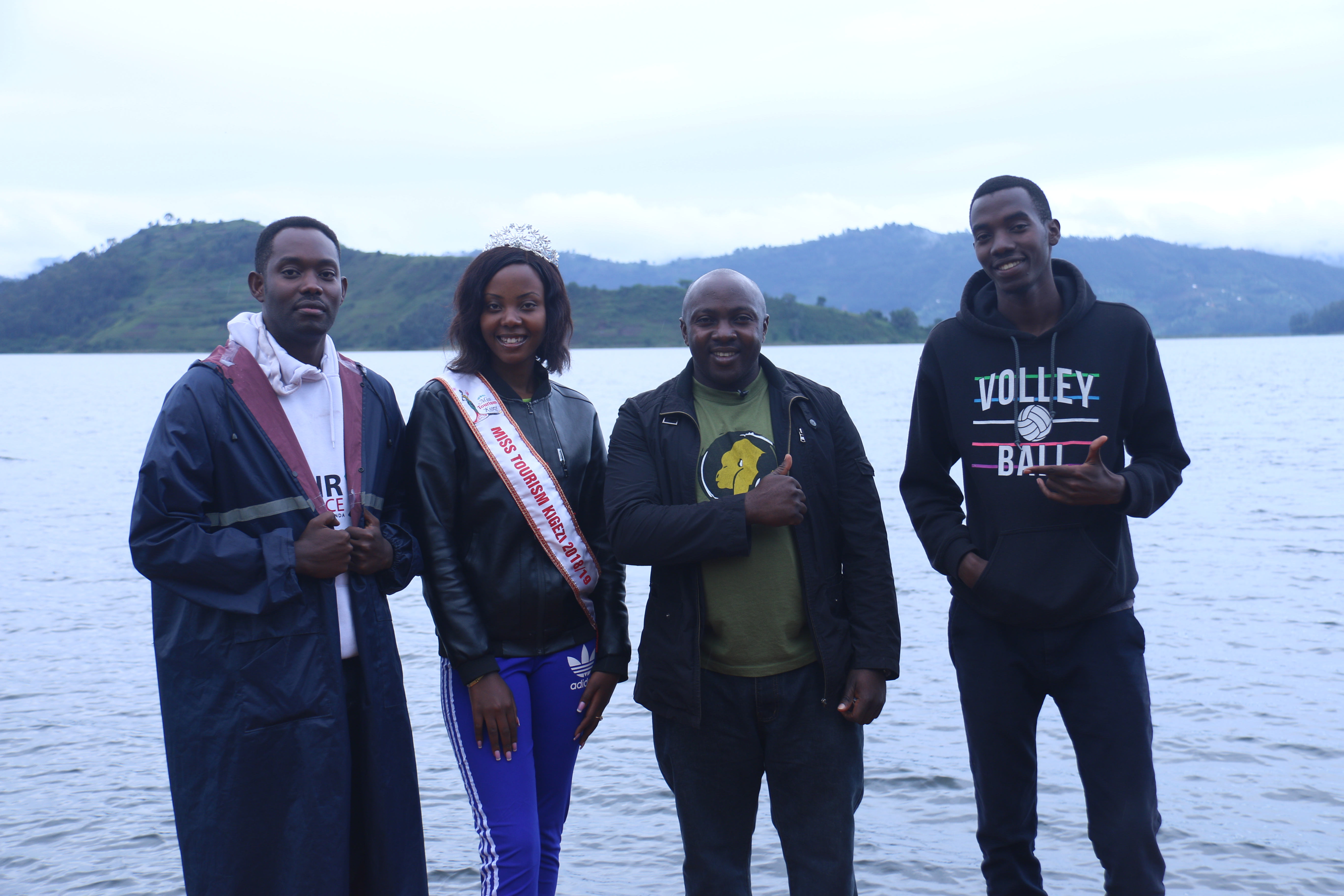 The local leaders would carry the girl who had committed that crime, taken to the island and left for dead either dying through starvation or failing to swim from the island to the near-by banks.

The lucky ones were saved by the pygmies from the surrounding Batwa communities or the local men who were not in position to pay the high dowry prices at the time. They would be taken and married off for free.

The near-by island well known as Kyangushu better known as the skeleton island used to be a burial ground for the bodies that were got from Gahiza island so that they would not bring bad omen to the mainland, skeletons remain visible till to-date. 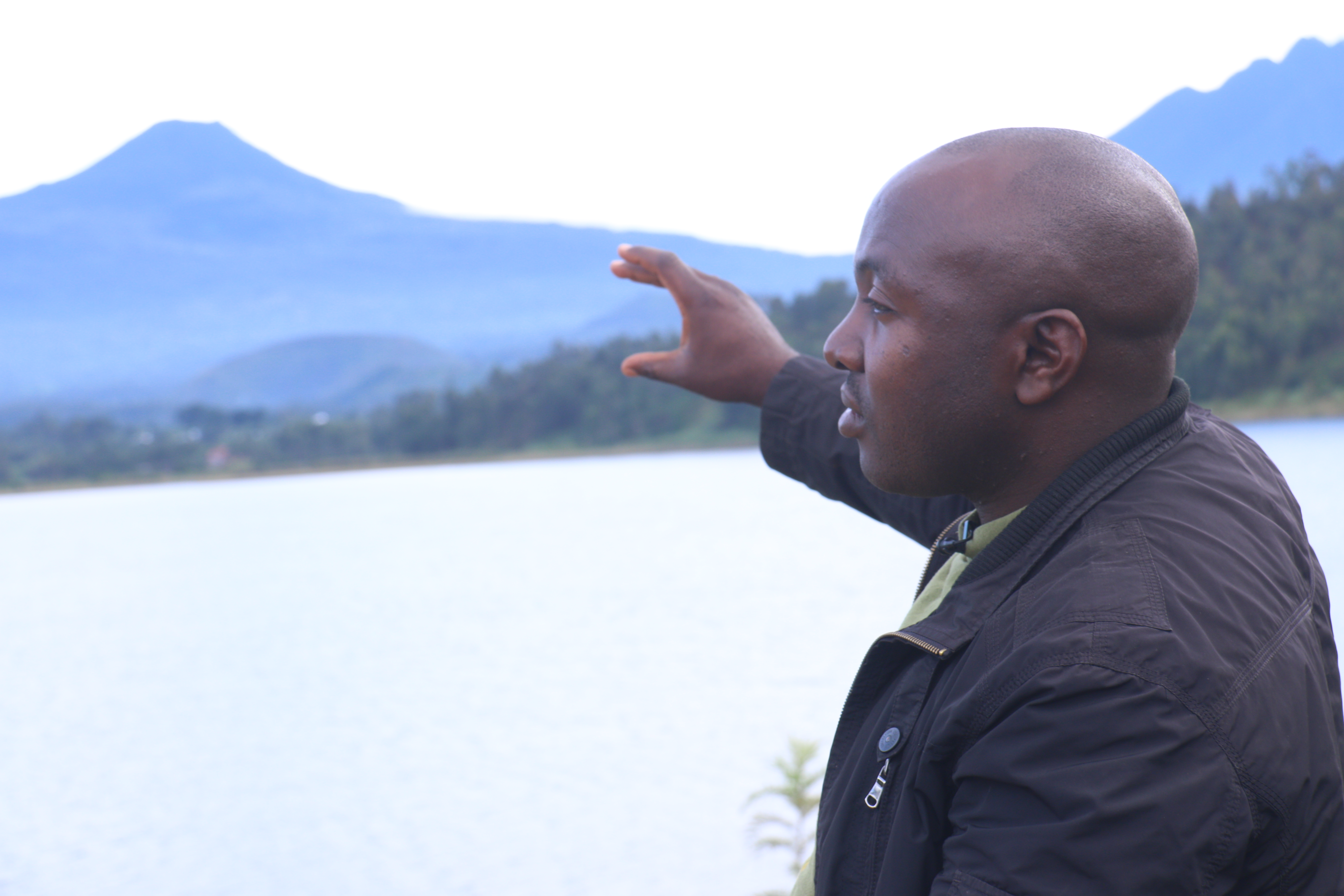 The proprietor David Bakaine narrated to the Nile Post News reporter, Frank Semata, what he went through to acquire this island and what it took him to turn the once a punishment island into a tourist soul restoration site.

“About 7 years ago, I had guests in Kisoro who were visiting the area for gorilla tracking. After tracking, we needed more activities to do and decided to hike one of the beautiful hills in the region. When we reached the summit, we saw a beautiful lake down in the valley. Our local guide told us it was called Lake Mutanda. I had studied about it in school but never seen it. On the same lake, I saw a small Island and because of it’s small size, I felt like knowing more about it or even owning it.” Bakaine starts his narration.

“Days later, after dropping tourists at Entebbe Airport, I returned to Lake Mutanda, left contacts behind to be notified if the owners turned up, I received a phone call that the owners had been found, I scheduled a meeting with them, returned and negotiated the purchase of the Island.”

He says that after thorough negotiations, he purchased the 2 acre island for an amount that is less than 10 million, he says he found some indicators on the island that someone once lived there.

He recalls, “There are some plants I found including the long ancient plants that I believe were planted to shield the reeds houses on the island from too much wind, tobacco, guavas and others. Tools including pots, grinding stone that were used by ancient people to sharpen their tools.”

The beginning was far from easy, “I brought my family and close friends and we had our night here, the people around the mainland kept flashing lights onto the island, In the morning it was a bit strange, many boats and canoes came and surrounded the island, people came and said and greeted us but non wanted to step on the island on that day, but as time passed they started getting close to me. After 3 months, they stepped a foot on the island and told me that they thought we would die if we stayed there.”

Bakaine says he got a small piece from the pottery he found on the island and gave it to one of his friend who had come to do hiking, he took it to the University of Millan in Italy who assessed and found that it was between 600-700 years and it appears that he is the first Ugandan to step on the island after a period of 600 years.

When it was abandoned, it turned out to be used as a punishment island, in Western Uganda, there are three parts well known as punishment places to mostly the ladies who got pregnant before marriage, Akampene on Lake Bunyonyi, cliffs of Kisiizi falls and also the people of Kisoro area brought their ladies to this punishment island. Bakaine narrates.

He adds that, because of my experience in tourism for the past 19 years, when I came to this island, I found that the views were amazing, not many people used to venture onto the lake, I started to promote the area and today so many people have joined in to invest in the region in the most strategic locations and in the next years, Lake Miutanda will be the next big thing in Western Uganda.

He says he first named the island Mutanda island to depict the name of the Lake Mutanda but with time he found that it was not only sharing the name with the lake but the lake itself got the name from the biggest island on it called Mutanda island.

When I checked through the archives I realized that the original name of the island is Gahiza and so I decided to turn it in form of a retreat on the lake and transform what used to be a punishment island into a paradise and its now called Gahiza Island Retreat. He said.

Gahiza is a name that is shared by the nearest community on the island but it also refers to the people called Abahiza who are related to the rain makers and also considered to have special features like being born with two beans in their hands.

Lake Mutanda is one of the 6 minor lakes in the Kigezi region, its about 60 metres deep and about 2.5 kilometres wide, around Gahiza island is the biggest stretch of water but gets a bit shallower, its 9 kilometres from one tip where the river goes into the lake.

Gahiza island is found in the furthest point of Western Uganda in Kisoro district between Bwindi impenetrable National Park and Mugahinga National gorilla park. It is next to countries like Rwanda, DRC and one can easily take scenic views of the three mountains next to each other, Mt. Muhabura, Mt. Mgahinga and Mt. Sabinyo.

I have developed nice cabins and intend to develop it further, I have finalised with the master plan and I hope to add about 12 rooms and a very luxurious restaurant. In the next five years we plan to get a helicopter so that people can fly into this area, enjoy and bring opportunities to the people. Bakaine asserted.

While on the island, your assured of breathing naturally fresh air, visit to the Skeleton Island, boat cruises and swimming since its a fresh water lake, relaxation. The island is a base for those who come to visit and do gorilla and golden monkey tracking in Mgahinga National park, the Batwa trail.

Attractions around also include the three historic volcanoes including Mt. Muhabura well known as the Guide, its the highest with 4120 meters above sea level and has a crater lake at its peak, Mt. Mgahinga which is relatively smaller from the other two and gets its name from pile of stones and Mt. Sabinyo with a jugged tip and acts as a boundary for the three countries including Uganda, Rwanda and Democratic Republic of Congo.

Deputy Speaker, Jacob Oulanyah has turned down his would-be only chance to chair the 10th parliament despite the absence of...