Opinion: Kenya-Uganda trade agreement over SGR is a raw deal for Kenya

Opinion: Kenya-Uganda trade agreement over SGR is a raw deal for Kenya 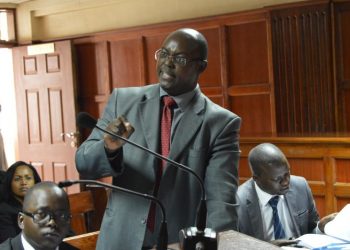 A couple of weeks ago, President Uhuru Kenyatta and his Ugandan counterpart Yoweri Museveni struck a wide ranging trade agreement that basically removes existing trade barriers and commits Uganda to connect to Kenya its component of the SGR under the broader Chinese belt and road initiative (BRI).

Under this trade deal Uganda will freely export milk, poultry products (chicken and eggs) and increase its sugar exports from 36,000 to 90,000 tonnes annually. In addition Uganda will be allocated land in Naivasha to develop a dry port for its cargo.

On its part Uganda committed to link up its SGR component to Kenya’s SGR to increase the viability of this massive infrastructure project.

Since the political class is either too pre-occupied or compromised by the politics of 2022 and the handshake to care about matters of national interest, ordinary Kenyans should be applauded for questioning whether the President and his aides have struck a fair deal for Kenyans.

Whereas Uganda will get tangible returns from this trade deal many Kenyans, expressing their views in social media and social places are understandably at a loss what benefit Kenya stands to get.

In fact last weekend I heard one disgusted mzee in a social club describe the agreement as an “Abunuasi deal” but I am contented to call it a raw deal.

Before I explain why this agreement is a raw deal, it is important to understand the three features or circumstances under which such a deal is made.

First is conflict of interest which compromises the ability and capacity of a deal maker to strike the best deal for a client or principal.

Secondly, is competence of the negotiator particularly a misunderstanding of the adversary’s position and strategic interests.

Thirdly, is the eagerness to strike a deal borne of insufficient appreciation of your own strength and leverage in the negotiation. Based on available information it is not easy to tell which of these factors were at play during Uhuru’s talks with Museveni.

To my mind there are five reasons why Kenya got itself a raw deal with Uganda.

First Uganda is a landlocked country whose main cities, towns and majority of population must easily, effectively and affordably access the sea through the port of Mombasa precisely because they are located or live within 300 km from Kenya – Uganda border.

In short, it is in Uganda’s strategic interest and economic necessity to access the sea and the port of Mombasa has no real competition whatsoever on this score.

It is therefore dumb in my view to strike a deal with Uganda under the delusion that Uganda has a choice to connect its SGR to the port of Dar es Salaam or Tanga.

The second reason is related to the first one and it concerns the rationale of Kenya breaking its treasury to extend SGR to Kisumu and Malaba.

Uganda is already transporting its goods to and from Mombasa using road and the existing railway but for it to attract significant manufacturing investors it needs SGR connection to Mombasa.

Kenya is assured of this advantage by simply extending the SGR to Naivasha and extending it to Malaba Kenya will actually eliminate this comparative advantage over landlocked Uganda as the region’s manufacturing hub.

To put it bluntly, it makes economic common sense for Kenya to delay Uganda’s connection to SGR for at least twenty years as it develops itself as the BRI’s Eastern Africa manufacturing hub.

Thirdly, the main value of international trade deals is to enhance manufacturing and agricultural production and service provision by your people.

By all yardsticks whilst Uganda got a juicy deal for its farmers and manufacturers, Kenya only got a psychological dividend that Uganda will continue to use the port of Mombasa as though it had any choice.

I am personally aware that over the last three years the major beef suppliers in Nakuru, Kiambu and Nairobi Counties have been importing Ugandan beef cattle on a massive scale.

Therefore Ugandan negotiators may have tricked their Kenyan counterparts that Kenyan beef will now be exported to Uganda when the converse is the case. Fourthly it is about time Kenya stopped entering into trade deals with an inferiority complex.

For starters, Kenya is the largest market for industrial and agricultural goods in East and Central Africa courtesy of the higher purchasing power of its people.

The bulk of Kenyan exports to Ugand for instance are not products made in Kenya but re-exports such as fuel, cement and palm oil but Uganda’s main exports to Kenya consist of agricultural goods grown or manufactured in Uganda.

We ought to wisen up that Uganda needs the Kenyan market more than we need their market. In fact Kenya’s need for the Ugandan market can be virtually eliminated if only Jubilee government could return to Mwai Kibaki’s policies that helped to raise the income of Kenyans.

Finally, Kenya should wake up to the reality that its true regional rival is Ethiopia not Djibouti or Tanzania. For heaven’s sake spending a trillion shillings of expensive Chinese debt presumably to retain Mombasa Port’s regional status is a testament of both lack of economic ambition and laziness.

Kenya should not be competing with Djibouti and Tanzania to develop a port based or transit economy. We belong to the league of Ethiopia and South Africa and should be competing to become one of Africa’s industrial centres.

Look at Ethiopia: It is a land locked country but Sudan, Eritrea, Somalia, Djibouti and even Kenya are competing to offer their ports to Ethiopia on the cheap simply because its leaders have the imagination and capacity to inspire their people to produce.

Truth be told there is no serious country in the world that invests billions of dollars to develop infrastructure for the benefit of its neighbours.

And so the main reason why SGR should be extended beyond Naivasha is only because the infrastructure will serve Kenya and not merely to earn extra commissions for the port of Mombasa and Kenya Railways.

Whatever happens we need to remember one thing: Djibouti has no choice but to be a transit economy for the benefit of Ethiopia because it has no space, population and Singaporean imagination to make use of its port.

Our leaders should consider themselves embarrassing failures if they cannot put Mombasa and Lamu ports to optimal use without kneeling before our neighbours.

In all fairness, our cabinet must discard this Djibouti mindset as Kenya determines on the wisdom of extending SGR beyond Naivasha within the next ten years.

The writer is a constitutional lawyer ([email protected])

I am not in critical condition- Kadaga

Ambassador helplessly snatched from a cocktail party by Amin’s soldiers, never to be seen again

Ruto claims there was plot to kidnap or kill Chebukati

Kenya's President William Ruto has made sensational accusations of a plot to abduct and kill the head of the electoral...

Ambassador helplessly snatched from a cocktail party by Amin’s soldiers, never to be seen again