OPINION: Driving on the road to an AIDS-free Uganda, commemorating World AIDS day 2022

Kabuleta stares at five year jail term after being charged, remanded over sectarianism

The officials were led by Uganda’s State Minister for Foreign Affairs, Henry Okello Oryem together with Dr. James Mwangi, the CEO of Equity Group.

Speaking during the visit, Oryem invited Viettel to invest in Uganda, having had an interest some years back.

“In 2014, Viettel wanted to invest in Uganda Telecom but lost interest given that Libya was already an investor. We are welcoming you back to invest to Uganda,” Oryem said.

“Uganda is more than what you see. It is the heart of the East African Community which has a market population of 300million,” Dr. James Mwangi said.

He reiterated Minister Oryem’s earlier invite for the telecom company to invest in Uganda.

For 30 years, the company  has grown from a construction company to a complex of five business lines including telecommunications and information technology (IT); research and manufacture of electronic and telecommunications equipment; defense industry; cyber security and digital services. 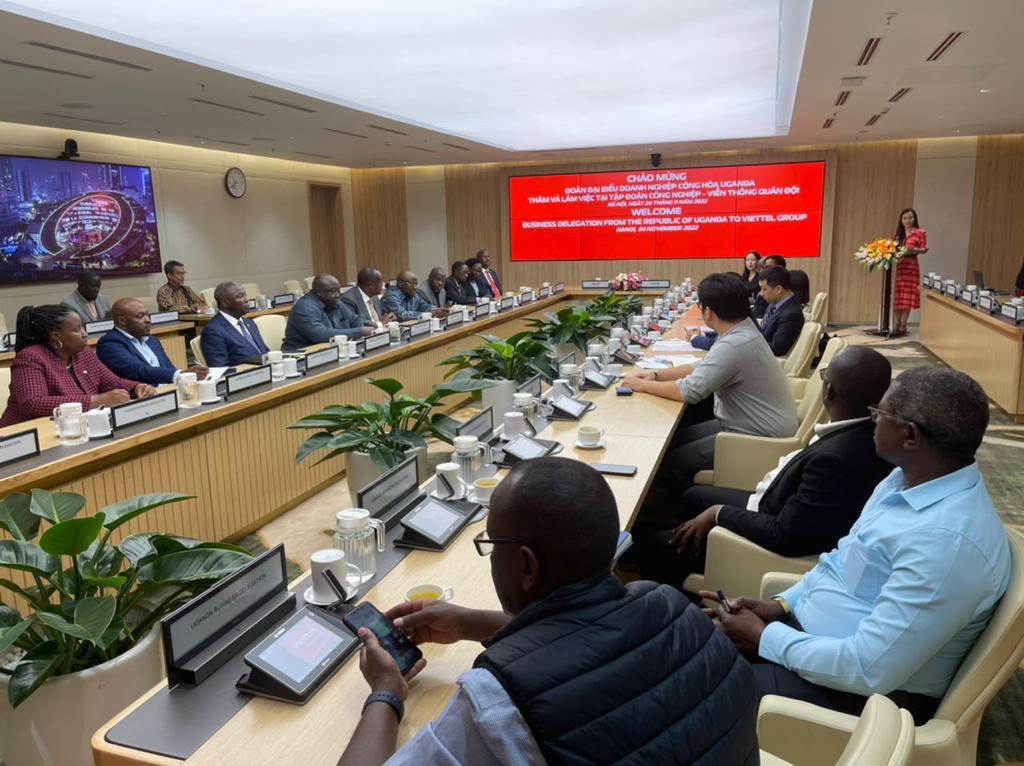 Viettel is considered one of the largest and most effective state-owned enterprises of Vietnam, thanks to its highest revenue, largest contribution to the state budget and highest brand.

It is a state-owned enterprise and operated by the Ministry of Defence in Vietnam.

As of 2018, Viettel had 50,000 employees inside and outside the countryand served 110 million subscribers.

The summit organised by the honorary Consul of Vietnam to Uganda King Ceasor Mulenga, Private Sector Foundation Uganda, Uganda Investment Authority  and sponsored by Equity Bank Uganda is aimed at  creating  trade and investment opportunities for both Uganda and Vietnam.

200kg of seized Cannabis goes missing, police accuses rats of eating it all

Government has admitted that the current spate of attacks targeting security personnel mostly for guns is being done by people...

The Deputy Speaker of Parliament, Thomas Tayebwa, has directed Members of Parliament to stop making political statements on the floor...

NUP president Robert Kyagulanyi has praised MP Francis Butebi Zaake for insisting on raising the issue of abductions in parliament. ...

President Museveni is set to declare that wearing of facemasks in public places as a measure to control the spread...

OPINION: Driving on the road to an AIDS-free Uganda, commemorating World AIDS day 2022