President Museveni who is also the commander in chief of the armed forces has made several changes in the leadership of the UPDF.

Maj Gen George Igumba is the new commandant at Kimaka.

President Museveni who is also the commander in chief of the armed forces has made several changes in the leadership of the UPDF.

The changes announced on Thursday afternoon saw  Maj Gen Hudson Mukasa who has been the Chief of Staff Reserve Forces appointed as the new Deputy General Officer commanding the Reserve Forces whereas Maj Gen George Igumba, who has been the UPDF chief of personnel and administration has now been appointed as the commandant of the Senior Command and Staff College Kimaka. 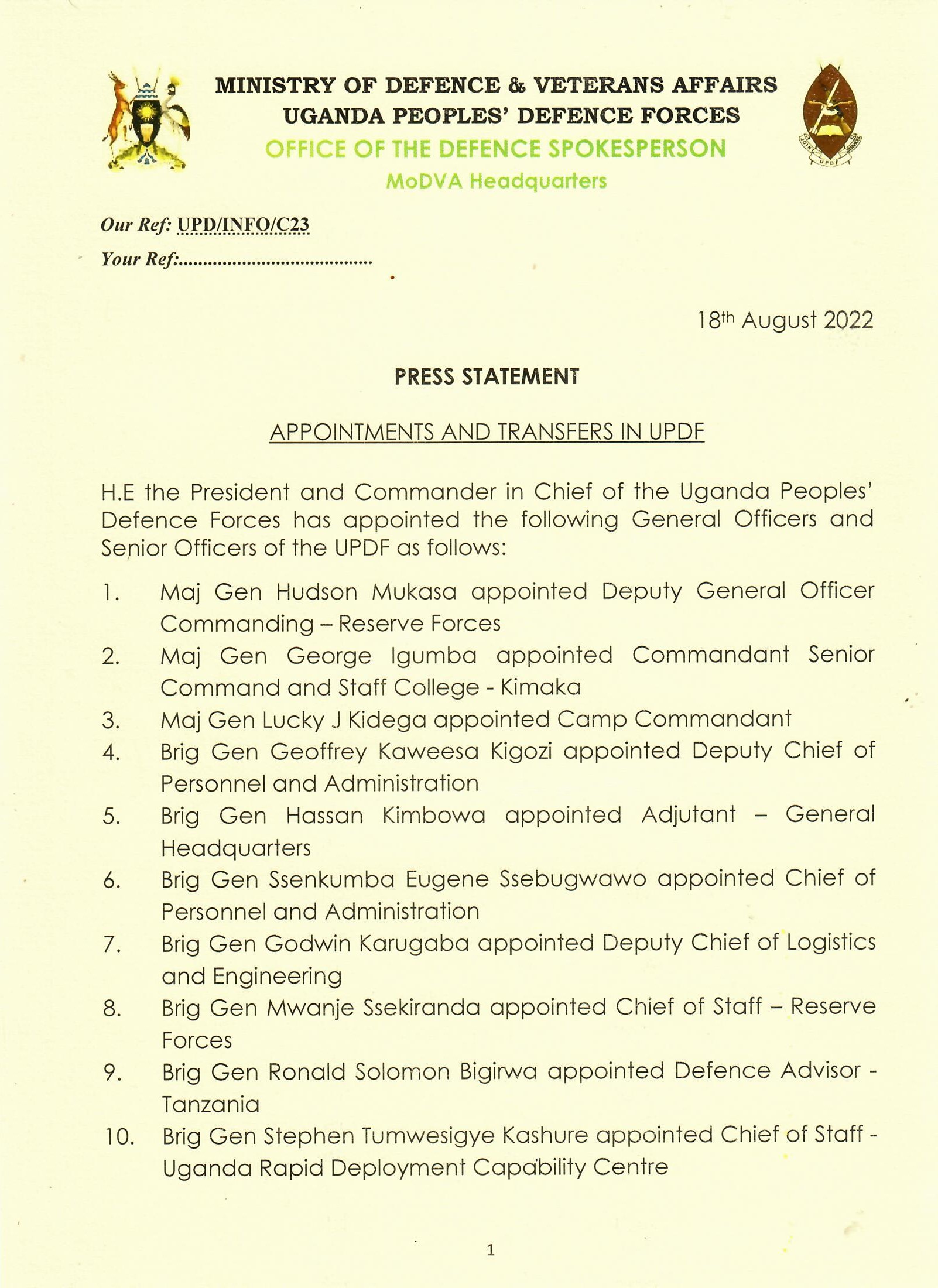 He replaces, Lt Gen Andrew Gutti who is set to retire.

Maj Gen Igumba will be deputized by Col Silver Changa Muhwezi at Kimaka.

The changes have also seen Maj Gen Lucky Kidega appointed the camp commandant whereas Brig Geoffrey Kaweesa is now the new deputy chief of personnel and administration and Brig Hassan Kimbowa is the new Adjutant at the General headquarters in Bombo, a position which had been left vacant, following the appointment of Brig  Robert Freeman Mugabe as the new General Court Martial Chairman last month. 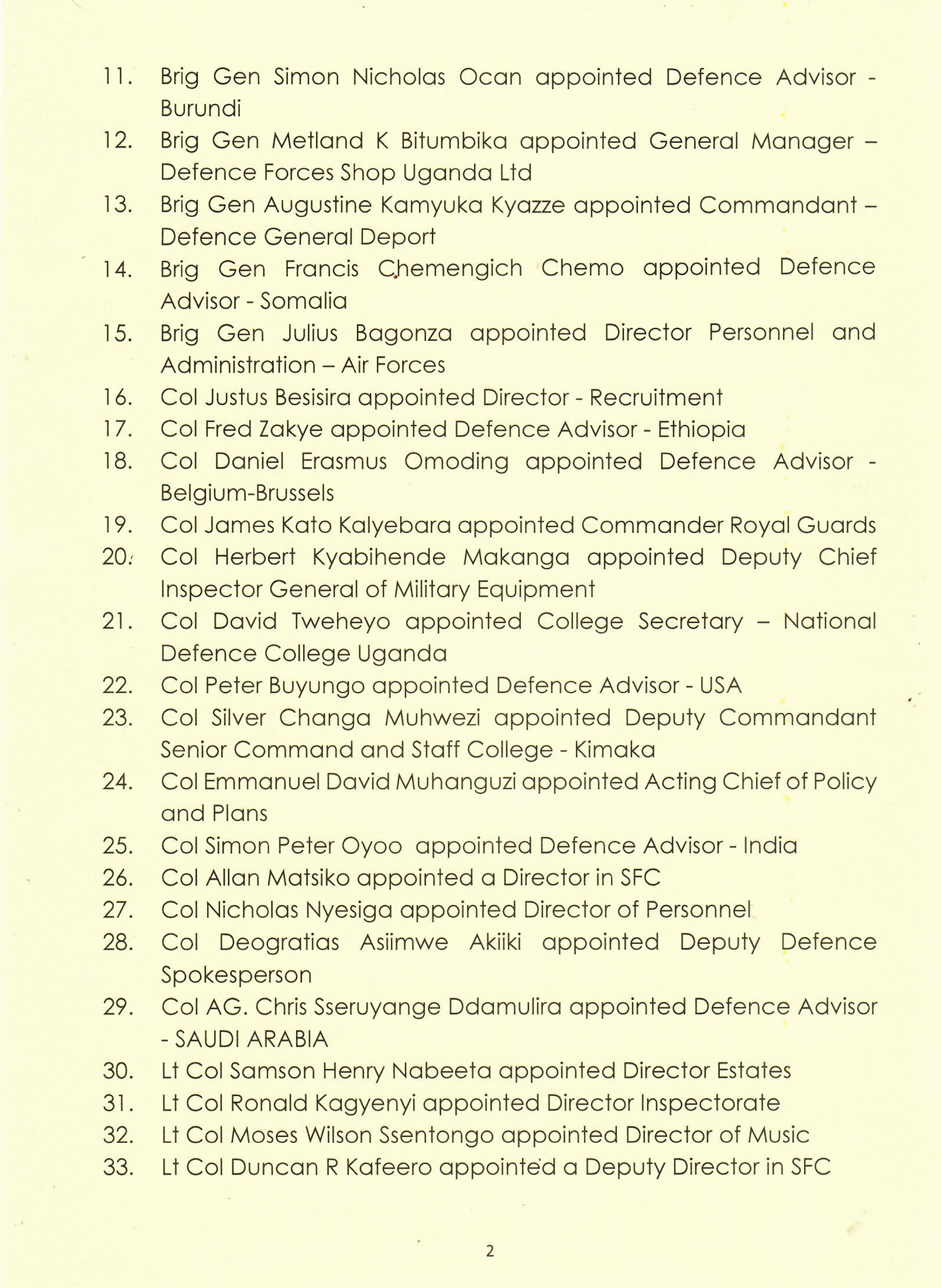 According to the changes, Brig Stephen Tumweisgye Kashure is the new Chief of Staff at the Uganda Rapid Deployment Capability Centre in Jinja whereas Brig Metland Bitumbika is now the General Manager of the Defence Forces Shop.

The commander in chief of the armed forces has also appointed Col Allan Matsiko as a director in the Special Forces Command whereas Lt Col Duncan R Kafeero is now a deputy director in SFC.