Mali has received five military jets and a combat helicopter from Russia – a close ally in its fight against a jihadist insurgency.

At a ceremony for the handover, Defence Minister Sadio Camara paid tribute to what he called Mali’s win-win partnership with Russia.

The Malian presidency tweeted images of the military equipment: 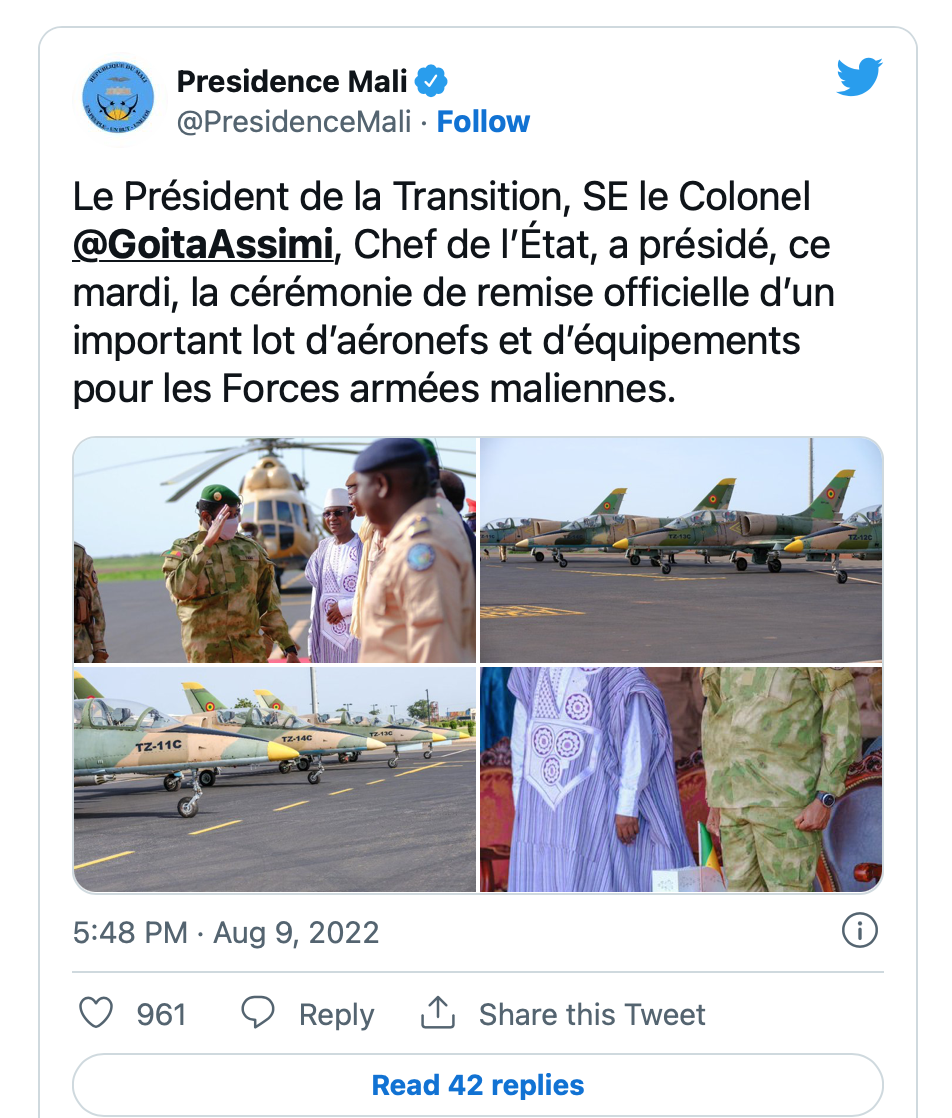 Ties between the two countries have grown since a coup in May last year.

That second military take-over in just over a year plus Mali’s decision to hire Russian mercenaries were key reasons why France chose to pull its troops out of the country.

The army said nine other troops were missing and 22 soldiers were injured in the attack.

Chief prosecutor fears for her life after security detail withdrawn

Zambia’s chief state prosecutor says her life is in danger after the government withdrew all her security. Lillian Siyunyi, who...

Pastors will no longer automatically get work or residency permits

Foreign religious workers will no longer be eligible for work permits or permanent residency in South Africa, news site EWN...

Nigeria's customs service has intercepted 7,000 donkey penises at an airport in the commercial hub, Lagos, that were headed to...

Netflix, streaming services, to be regulated in Egypt

Egypt's media regulatory body has said in a statement that it will require streaming platforms to abide by certain regulations...