Kenyans turned up in large numbers to decide who their 5th president will be. The front runners in the election Raila Odinga and William Ruto, cast their ballots in the morning at their specific polling stations.

As early as 5am, Kenyan voters were already lining up waiting for that moment when they’ll cast their ballot. At Moi avenue primary school polling station, voters were seen in the dark lining up.

Election Observers were moving around early morning ensuring that everything was in place. They checked the seals on the ballot boxes and talked to polling agents asking if everything was going as planned.

Polling commenced at 6am nationwide, queues started to grow even longer.

UDA candidate William Ruto was among the first Kenyans to cast their votes. This was at Koschei primary school polling station.

He exuded confidence in winning this vote.

On the other side, at old Kibera Primary school polling station hundreds awaited to receive Azimio’s Raila Odinga. He arrived amid crowds chanting. 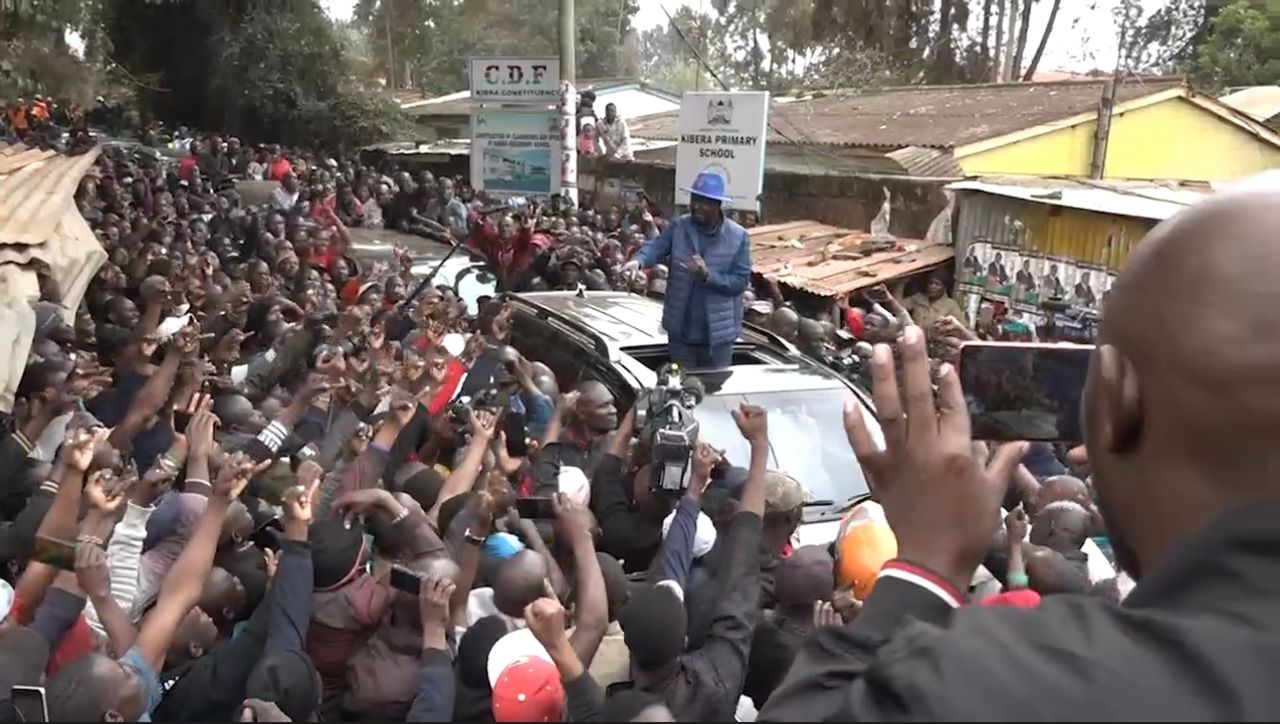 After voting, as he exited the polling station, his convoy was blocked off by a huge crowd that awaited him at the gate of the school. ‘Have you voted?’ he asked. The crowd raised their fingers to show him the ink on the. Fingers indicated they had voted.