Ambassador Acheng congratulated Uganda upon the anniversary and hailed the two countries’ economic ties which she said have been growing notably in the export-import capacity.

Today, Uganda celebrates its 59th Independence Anniversary under the theme “Celebrating our 59th Independence Day as we secure our future through National mindset Change”. The scientific celebration is being held at Kololo ceremonial Grounds.

Conveying her message from Canada, ambassador Acheng congratulated Uganda upon the anniversary and hailed the two countries’ economic ties which she said have been growing notably in the export-import capacity.

“I am also pleased to inform you that we have good economic relationships between Uganda and Canada. That’s why our birds ‘The Cranes’ were bought from Bombardier in Montreal, Canada,” ambassador Acheng said. 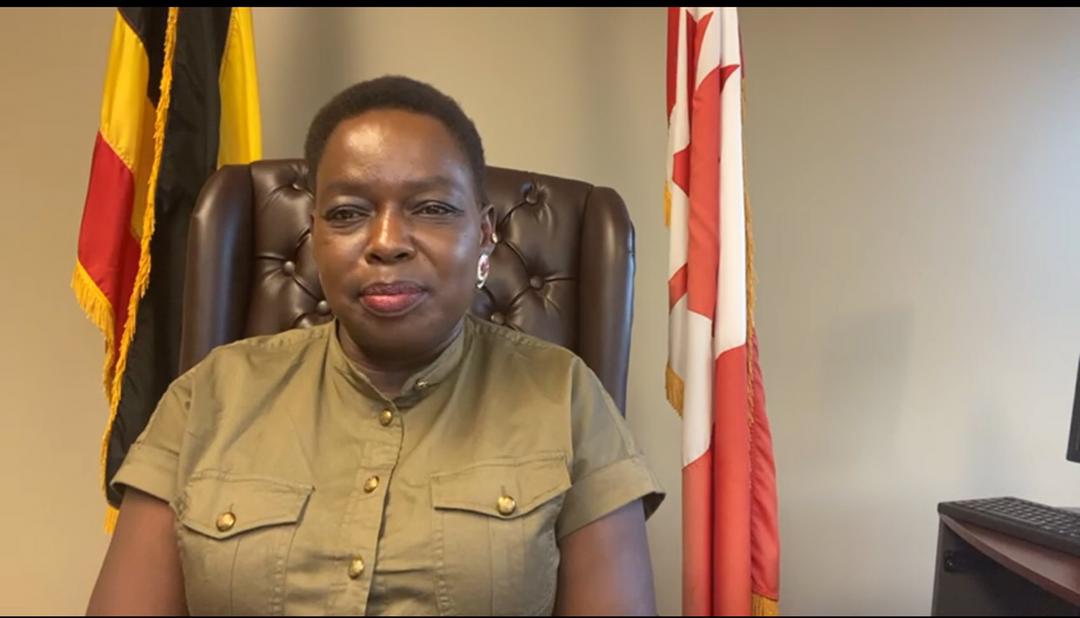 Acheng highlighted that Uganda’s embassy in Canada looks forward to working together with Ugandans back home and those in Canada to ensure that the ever growing export-import capacity stays on growth track.

“If you go to most of stores here in Canada, you find a lot of Ugandan products ranging from tea, coffee, soyabeans, g-nuts, maganjo posho. A lot of food is being imported from Uganda to Canada. So, I also want to encourage Ugandans back home especially the business people to continue looking into exploring that.” she said.

She further revealed that the embassy is ready to guide and support Ugandans willing to study or work in Canada.

“We will always guide you. Our mission here is to support you. Parents who want their children to come and study in Canada, the mission is here to guide you on the procedures to follow to make your children make it here, people who want to migrate to Canada, there are also procedures to be followed that we are willing to offer you.” she revealed.