Three workers attached to China State Construction Company Limited have died in a car accident along Kapchorwa-Mwou road. The workers were travelling in a company car UAX 370X.

Vehicle involved in the accident (Photo by Gerald Matembu)

Three workers attached to China State Construction Company Limited have died in a car accident along Kapchorwa-Mwou road. The workers were travelling in a company car UAX 370X.

The deceased have been identified as the driver Kayemba Bakali (49), Agaba Isaac, and a third victim whose identify could not be readily established. Several other people who were in the vehicle have been rushed to Kapchorwa Main Hospital. 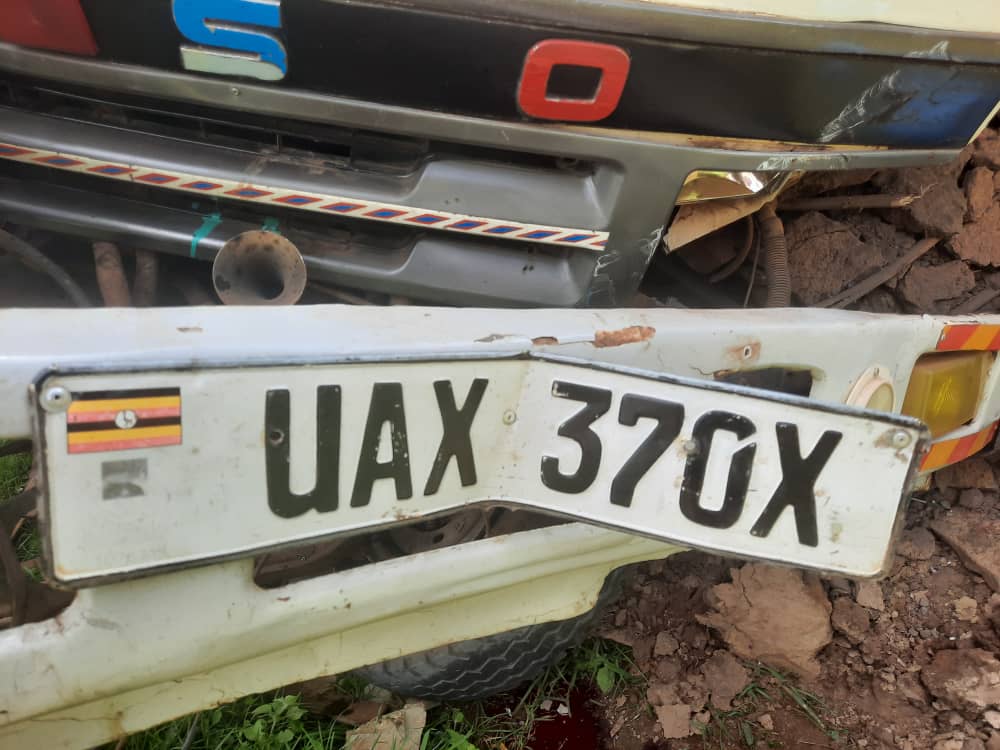 The vehicle rammed into a building by the roadside. Fortunately the building’s occupants were not around at the time of the morning accident.

Chesang says that as the vehicle raced downhill towards Kapchorwa town, the driver lost control and of the Fuse truck and rammed into a semi permanent structure by the roadside. The three people died on the spot.

The China State Construction Company Limited is contracted by the government to construct the Kapchorwa-Mwou Road, leading to the high altitude athletics training centre.

Uganda National Roads Authority is looking for a motorist who rammed into the toll gate at Kampala-Expressway, and damaged it....

‘They want to kill me,’ NUP’s Zaake laments as car develops tyre problems

Report: Speeding accounts for 36% of all road fatalities in Uganda