by David Omoding
in News

The leaders say that although the President on 8th June 2021 appointed two people from Bugwere, the appointment does not make up for the people of Pallisa, the mother district, which gave birth to Kibuku, Butebo and Budaka.

George Omoding Oule, the Pallisa NRM district chairperson, said that people of Pallisa massively voted for Museveni 68.9% that made him lead in all the 277 polling stations across the district that has never happened before but instead the president has abandoned them during sharing of the national cake.

According to Oule, this has now left leaders disgruntled. 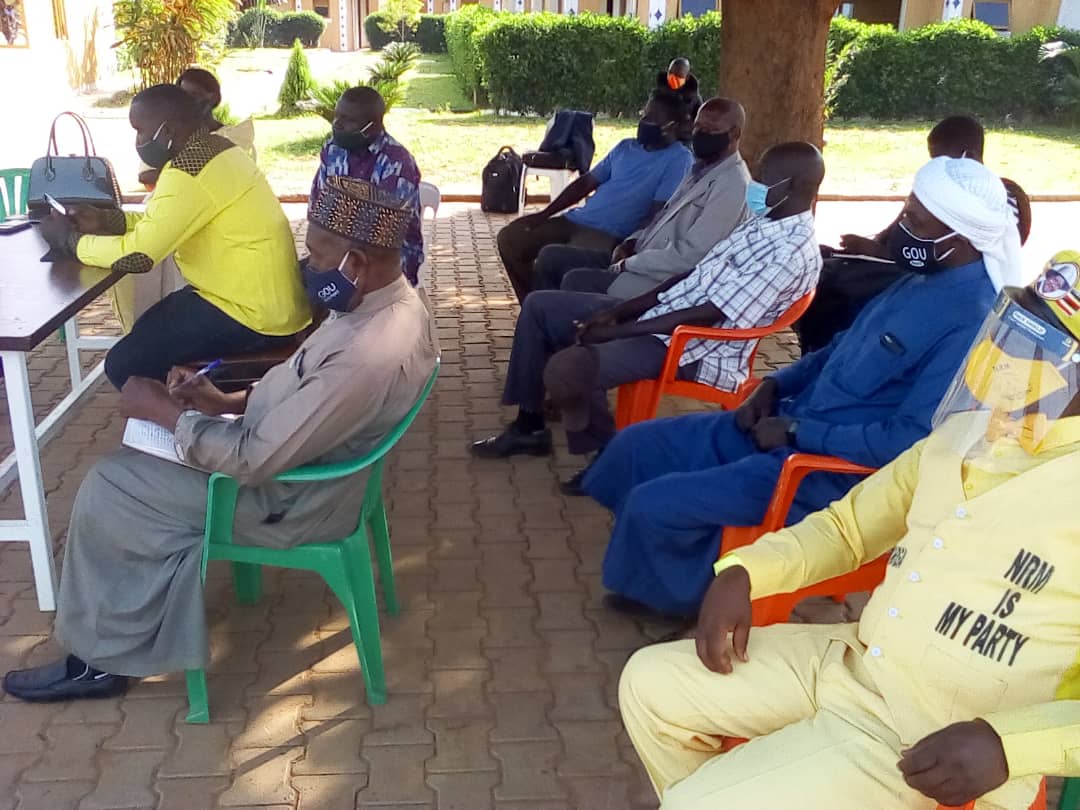 ‘’Your Excellency in 2021 while in Gogonyo, you told us that your malwa is in the pot and that we should send you good tubes who will be able to suck malwa very well, now we massively voted for you and sent you those good tubes what has gone wrong with them now?” Oule asked.

Mr. Oule argues that Pallisa is unhappy because it has never had a native get a ministerial post or even RDC or commissioners like other districts.

He said this must be addressed with the urgency it deserves otherwise it will be a breach of agreement that he made to the Pallisa people while canvassing for votes,

Hon. Mariam Amoit, the former woman member of parliament Pallisa district, said Pallisa is a cosmopolitan area it has its peculiar and unique needs. Only a minister from the same district can effectively address the escalating levels of poverty where households currently survive only on one meal.

Hajji Edirisa Dumbulu, the former NRM chairperson 2001-2016, noted that Pallisa complained that they have never benefited with a big slot ever since NRM took over power.

A retired head teacher, formerly a member of UPM laments that they have often sent letters to Museveni but none has either been replied.

‘’It’s unfortunate that our efforts have not been recognized as a mother district but all the other small district have been catered for.’’

Ms. Slivia Ariokot, the district youth representative, said the youth are languishing in abject poverty despite having qualifications.

The former Pallisa council chairperson John Micheal Okurut appealed to the president not to underrate the patriotic service they rendered to the party both in service and out of service.

The leaders warned that if the Presidents fails to listen to their pleas, they will be left with no option than to defect to the opposition like Busoga and Buganda.

Pallisa District is bordered to the north by (from west to east): Serere District, Ngora District,Kumi District and Bukedea District.

Pallisa, the ‘chief town’ of the district, is located approximately 65 kilometres, by road, west of Mbale, the largest city in the sub-region.

Subsistence crop agriculture and animal husbandry are the two major economic activities in the district.

To a lesser extent, fishing, fish farming and bee keeping are increasingly practiced in Pallisa District.

The district is further blessed with nine minor lakes that comprise part of the Lake Kyoga system.

The Uganda Prisons Services has submitted names of 682 inmates to the Attorney General of benefit from the presidential pardon....