Fourteen years after the death of musical giant Paul Kafeero, the May 17 memorial of his demise passed without a family gathering

by Herbert Sseryazi
in News

Paul Kafeero is regarded as one of Uganda's best musicians

Fourteen years after the death of musical giant Paul Kafeero, the May 17 memorial of his demise passed without a family gathering as has been the norm at his ancestral home.

Since his 2007 death, family and fans of Paul Kafeero had started a tradition of celebrating his life every May 17.

Kafeero’s Masaaba village home in Nkokonjeru, Buikwe district was one of the destinations for celebrants who wished to remember the legendary Kadongo Kamu music master.

However, this year Kafeero’s daughter Stella Nantongo was shocked when this reporter turned up at the home to cover the memorial service.

Fresh from the garden and cooling off under a shade, Nantongo expressed ignorance of any planned celebrations for her father who penned such tunes like Walumbye Zaaya, Dipo Nazigala, and Mwanyinaze.

Nantongo said, “Maybe the so-called real Kafeero children who live in town might have organised theirs in Kampala, but there is nothing as it used to be in the previous years.”

She is referring to the controversy that erupted after more people claiming to be the late musician’s children tried to claim a stake in his estate.

The Uganda Radio Network reported in August 2020 that, “Court documents before the Family Division of High Court indicate that ten of the children believed to have been mothered by Kafeero’s many wives and concubines have sued four others including the Administrator General.

The ten applicants through their lawyers of Luzige, Lubega and Kavuma and Company Advocates allege that the four children from Kafeero’s first wife interfered with his estate when they purportedly sold off some property without letters of administration.

The ten children applicants state that when their father died in 2007, the late Vincent Ssalongo Nanganga Waswa also known as Umar commenced the process of obtaining letters of administration for the late Kafeero. However, he also died before he could complete the entire process.”

Nantongo says the celebrations have been a victim of the divisions in the family.

She says, “What is separating us the most is family property, that’s why they are claiming that we are not true children of the late singer.”

Nantongo reveals, ““Ever since my dad died it has been difficult. He died when I was a young girl. Life has been a hustle since I had to drop out of school. My elder siblings even chased me off my dad’s land where I was practicing some small agriculture.” 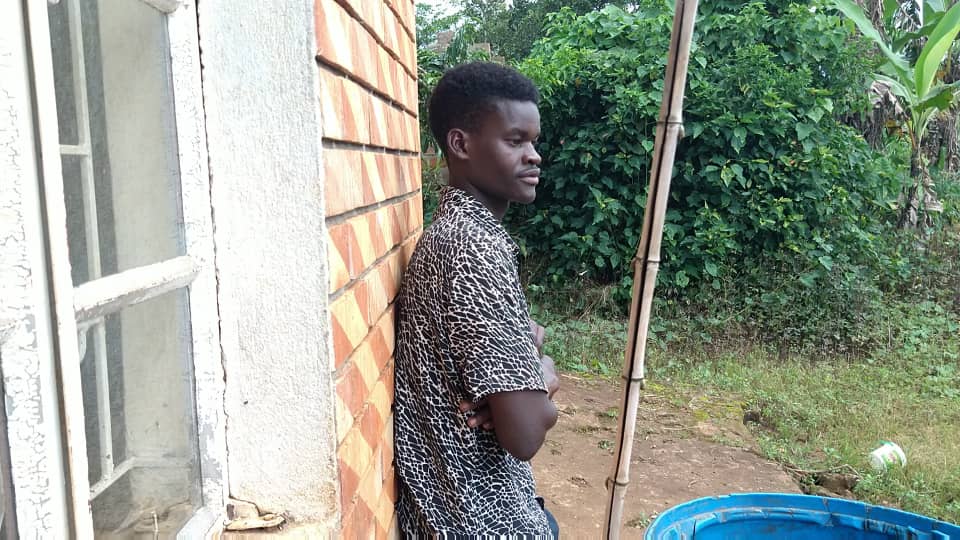 Fred Kafeero, who claims to be one of the musician’s children, says that the memorial had become a source of conflict in the family. He says that whenever the larger family gathered for the memorial, they would end up quarrelling and insulting each other with some questioning the paternity claims of others.

The younger Kafeero says that the memorial had begun to lose meaning because of these conflicts as it fuelled further disunity.

A resident Juma Musasizi of what is called the Masaaba Quarters that the musician put up laments the death of the music maestro. He says that since his death cliques with a lot of hatred for each other have developed in the Kafeero family.

Mayanja Kiyaga agrees and adds that, “The entire Masaaba village missed a lot developments Kafeero had started which include, a hospital which he had started in the area.”

Mayanja says that Kafeero had started training youths in Masaaba village to sing and play musical instruments but when he died even the initiative was abandoned.

“He had spotted some talents amongst us and we could gather in his home and play the guitar under his guidance.” Mayanja remembers.

All that is in the past and Uganda, like his home town, did not mark the passing of a man regarded as one of the most brilliant musicians of his time not just in the country but Africa.

Paul Kafeero, Bobi Wine and the fleeting nature of power and legacy

Last week, I found myself listening to Prince Paul Job Kafeero after a YouTube suggestion popped up under the video...