Robert Kyagulanyi says many missing NUP supporters not accounted for

Yesterday, Minister of Internal Affairs Jeje Odongo released a list of 177 missing persons before Parliament, but Kyagulanyi said that only 89 people from his books were accounted for on the government list.

Kyagulanyi made these remarks on his verified social media platforms.

“We have so far verified 423 of our supporters who were kidnapped & are still missing. Gen. Jeje Odong only accounted for 89 of them! Gen. Museveni must #BringBackOurPeople dead or alive. Our list also shows those who have resurfaced with grave torture injuries, and those murdered,” Kyagulanyi said.

This is the second time the former presidential candidate in the 2021 presidential polls, releases a list of missing supporters. Last month, Kyagulanyi released 243 people and said that the party was still verifying over 3000 cases of missing people claims.

Members of Parliament on Thursday said that were not content with the list of missing Ugandans that was released by government. The legislators insisted that the list didn’t include many other people who have been missing since last year.

“I have followed the Minister’s list and not even a tenth of what I have on my list have been read. We need to know the whereabouts of these persons,” Masaka Municipality MP, Mathias Mpuuga said as he tabled a list of 423 persons he said were missing.

The legislators demanded an assurance from government on whether such arrests would not continue but in response, Minister Gen Jeje Odongo insisted that in case any Ugandan commits a crime, security will have to come in an arrest them. 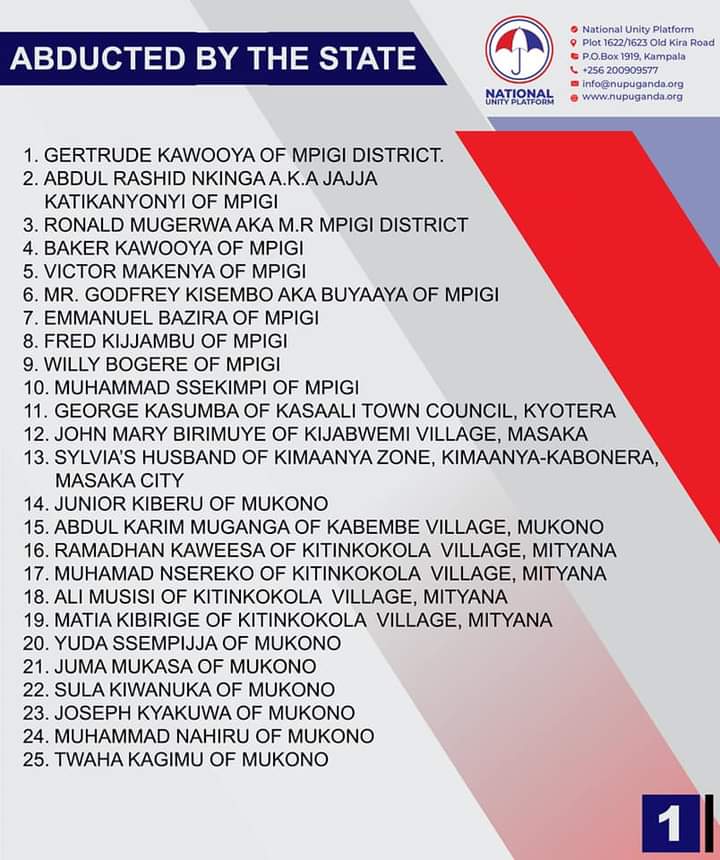 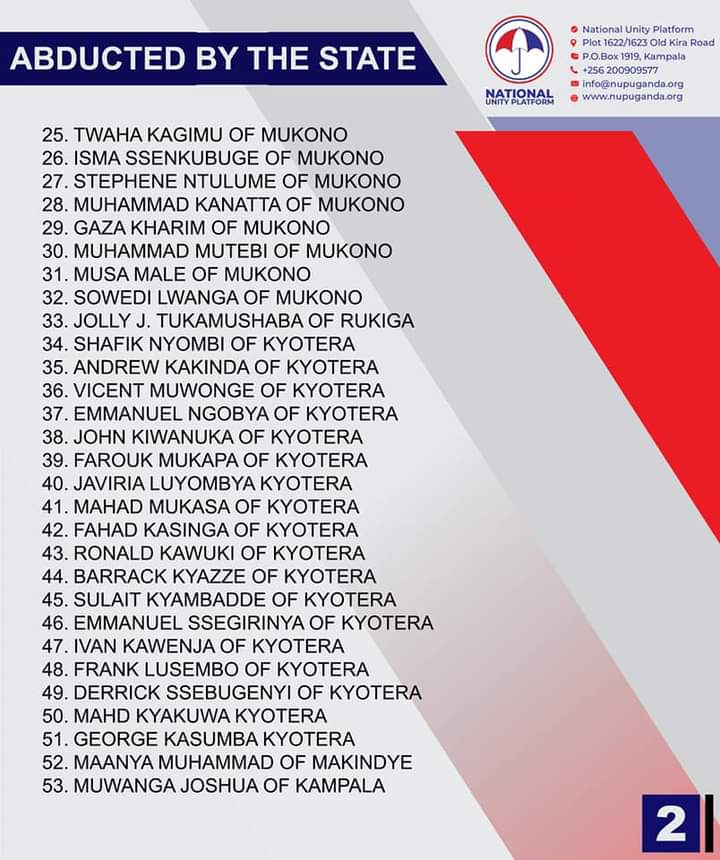 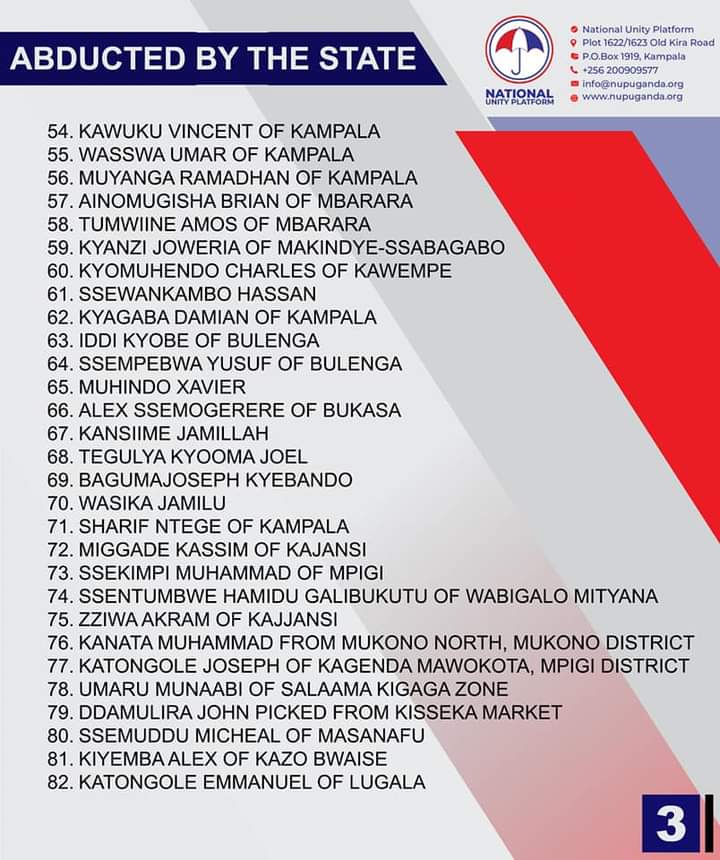 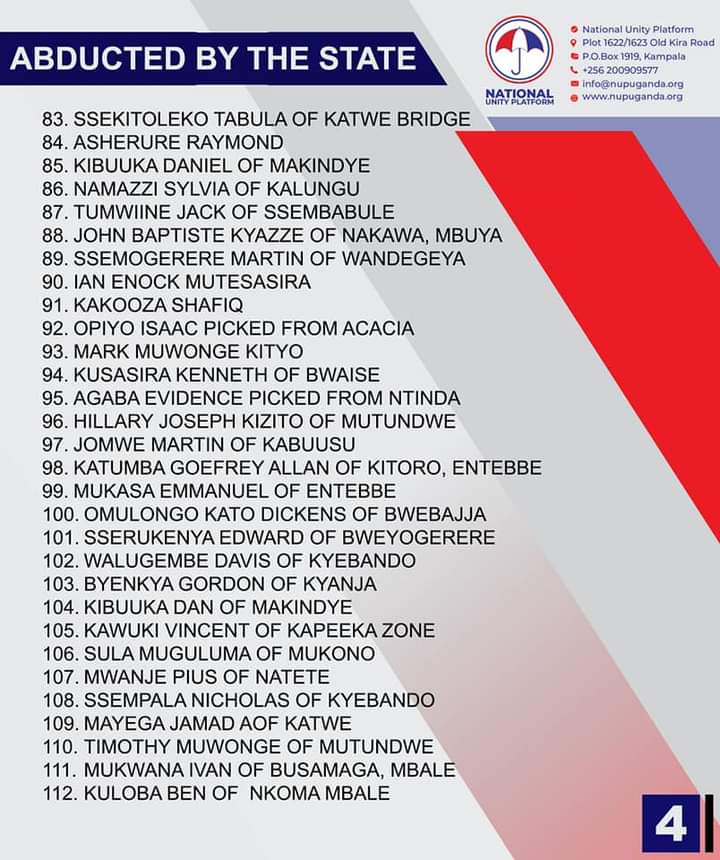 The leadership of the National Unity Platform (NUP) has accused the ruling National Resistance Movement (NRM) of courting many of...

Denzel Washington is reduced to The Little Things