Why ‘elites’ should rally behind Bobi Wine’s presidential bid

Why ‘elites’ should rally behind Bobi Wine’s presidential bid 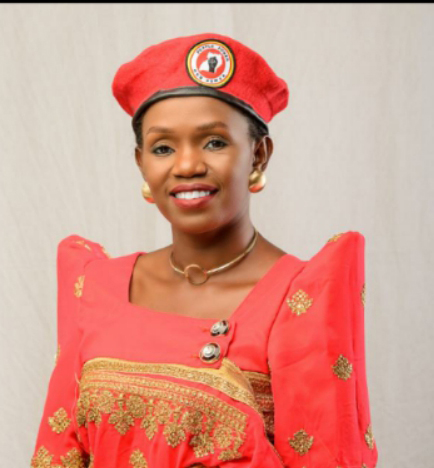 A Didas Kakembo, in a Nile Post article last week, gave several arguments as to why he can never trust a Kyagulanyi presidency for his SME business.

He went on to appeal to the country’s elite ‘to reclaim their political demographic’ by not getting dragged down the blind alley that is Kyagulanyi.

The piece was wild with overtones of denigration for Hon. Robert Kyagulanyi’s presidential bid and zero respect for a man, whose absence on the political scene right now would have had many citizens looking like abandoned orphans with no hope in sight.

Pitifully, Kakembo explores inconsequential aspects like the possible inability by Hon. Kyagulanyi to deliver a speech at the UN General Assembly. Kakembo avers that indicators of good leadership include speeches that him and his unpatriotic elite drinking buddies that rarely vote, would be proud of.

First of all, it is important to note that Yoweri Museveni has ably delivered speeches on the world stage that elites are comfortable with.

However, in spite of this proficiency, Uganda has nothing to show for the last 35 years of his presence at the helm of this country. His regime is building the first major hospital-Lubowa- after all these years in power.

The project is the second most expensive government project after Karuma dam at $79M yet all the money was paid to beneficiary foreign contractors way before they started working.

In the meantime, these foreign investors get tax holidays and free chunks of land to invest, privileges that locals are not entitled to thereby suppressing their financial growth.

Lubowa hospital is a case in point of free land, free tax payers’ money paid them in advance, and it is highly likely that it will also receive a tax holiday of five years when it starts operating.

Besides all these, the current president whose speeches have possibly never embarrassed Kakembo and the nation’s elite lot, is a master at constitution manipulation to suit his interests.

This, he does so he can maintain a firm grip on the citizens through deliberate impoverishment making him the only fountain of wealth once he smiles upon you.

Museveni is brilliant and smart yet he continues to drown an already drowned economy further down the waters of poverty and repression whilst making laws that entrench him further into power.

Kakembo does not realize that the very reasons that elites amplify as shortcomings for not lining up behind Hon. Kyagulanyi’s presidential bid, actually form the very substance that has made the Kyadondo East Member of Parliament.

A ghetto life comes with lots of hardships that involve constant standing up against bullies, experience from which he is gleaning greatly to stand up against the national bully of all bullies, Museveni.

Hidden from many, this constant exodus exempted Hon. Kyagulanyi from settling down enough to absorb our typical education system that demands compliance to authority whether you are right or wrong.

Elites do not realize that their apathy to our politics is largely due to how they were schooled. We have not had any elite that has come up to forge a formidable resistance against Museveni and his excesses.

Besigye and others who were part of the nation’s 1986 liberation have risen up over the years mostly because they were part of the struggle, which could have given them the ability to see that another change was possible.

However, a child that’s been through our current colonial education system, that has been firmly kept in place by Museveni for the purpose of controlling the mindset of citizens, will not easily stand up to authority however repressive it is.

So we have elite girls for example, putting up with all sorts of domestic violence in their marriages or sleeping with bosses for promotions, because they cannot mount any resistance against evil. Indeed getting an elite class that actively participates in the politics of this nation is going to take an overhaul in the education system first.

Make that 20 years or more of Full Figures and Bad Blacks influencing national discourse, whether we want it or not, while we cultivate a new crop of citizens. Their backgrounds imbue them with the necessary mettle to fight their way through difficult challenges.

It is therefore laughable when Kakembo at some point appeals to elites not to cede their political leadership role to the muntuwawansi, a class that Kyagulanyi closely identifies with.

Clearly, our education system typically produces Kakembos, who start to think much later in life while away from their mothers at 30 years. It does not teach Kyagulanyi’s brand of leadership, the reason it has not produced a challenger, other than Mao maybe, for the last 35 years.

It is only civil therefore, that elites like Kakembo, in the least, applaud Hon. Kyagulanyi for standing up, given that at the time he took on this struggle, his life was a dream come true for a typical Ugandan elite. His music career was/is successful, a lavish home in Magere, investments like Busabala beach and the like.

Kakembo, just like we are taught in our colonial education system, despicably applauds proficiency in speech or debate, a characteristic taught in our schools, rather than ability to mount formidable resistance in the face of wickedness.

To highlight this argument, he spoils for a media debate in which presidential aspirants Kabuleta, Kyagulanyi, Mugisha Muntu and Tumukunde, will participate, so they can go feed their elite egos on who debated best and use this as rationale to determine who is best suited for the job of Uganda’s next president.

Rhetoric is overrated and just that, and we have lots of elites than can articulate policy issues far better than Hon. Kyagulanyi but that’s all they can do. Articulate. Nothing more. They neither have the benefit of his troubled ghetto background nor his distressed academic that give him the stamina needed to resist the excesses of this regime the way he is doing.

These are not qualities that can be bought off the shelf of a supermarket. You have to go through what he has gone through to be what he is, which is impossible for our elites at the moment, with a few months left in the run up to 2021.

It is too late for Kakembo to rouse the lethargic elites to give thought to what he is saying. While he reasons correctly that elites embraced local musicians a move that upgraded them into celebrities, to indicate that they can swing the opposition demographic from the ghetto, it is too late for them to organise with lone voices like his. Politics against a ruthless opponent is very different from entertainment tastes.

Factually, this election seems to be the only opportunity that elites have for a regime change that will ensure the survival of their SMEs that are collapsing daily under the pressure of unfair taxes coupled with an unfavourable business environment.

It is therefore imperative that elites join Kyagulanyi’s National Unity Platform today, and not tomorrow. We can then start drafting solutions together on an aspect they keep complaining about; definitive plans on how the country should be run after 2021with a revamp of the education system as part of the agenda.

Kyagulanyi has the stamina to lead but revolutions have never been a one man’s affair and the Malawian opposition win recently is a case in point.

A revolution needs a willing team from all corners of society-leaders, technocrats and voters. After 2021, the elites can start building their stamina for someone they prefer.

Those who cannot join now should at least make a commitment to go out and massively vote Kyagulanyi for President. There isn’t much choice for them other than taking up technocrat position to offer the necessary guidance to the new government.

Agnes Namaganda is an aspiring Member of Parliament for the Kampala Woman MP Slot on the National Unity Platform Ticket.

Covid-19: Schools to reopen this month for candidate classes

Men with the most beautiful women cheat with not so good looking women. People always say that if one is...

“My husband’s money is ours. My money is mine alone, period!”

Bits of ME "You need to hide away as much money as you can for security such that when your...