Could Uganda’s “scientific election” spill over into other countries? 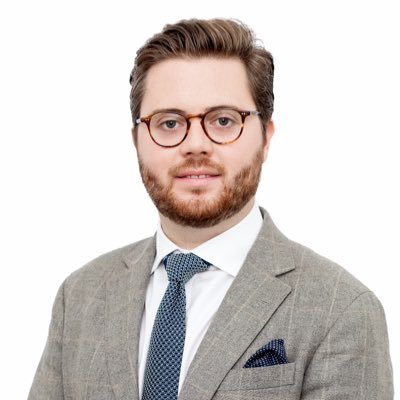 Covid-19 has served up an intoxicating opportunity for populist politicians everywhere. While their handling of the health crisis has generally been poor, they are using the pandemic to erode democracy – especially when elections are due to be held in the coming months.

Under the guise of public safety and national emergency, the outbreak has given leaders the cover to monopolise the airwaves, dismiss opposition and break up protests.

Uganda is the most recent example. Despite low-levels of transmission and only one confirmed death from the virus (correct to 23 July 2020), President Yoweri Museveni has imposed restrictions on campaigning ahead of the January/ February 2021 national elections.

In June, the Electoral Commission published its electoral roadmap, banning all forms of public campaigning and suggesting that all communications with the electorate be carried out through the media. Locally, the upcoming vote has been dubbed the “scientific election”.

The opposition is up in arms. Bobi Wine, the rapper and the most viable opposition candidate to President, relies on music concerts and mass rallies to raise his profile, raise campaign funding and connect with voters.

From the slums of Kampala, Wine has built up an electric following among disengaged youth, using his music and his influence to become a symbol of resistance and renewal. Wine, who launched a new political party, the National Unity Platform, on 22 July, believes that the President is running scared.

Wine is convinced that the electorate will revolt against the restrictions and warned the President that “You either organize a free and fair election or step down peacefully but if you continue provoking Ugandans, Ugandans will rise up against you and you will end up in the dustbin of history”.

The Commission insists that it is listening to the opposition’s concerns. On 16 July, it acknowledged that it would be difficult to run an election campaign virtually. It is now talking about a hybrid election but mass gatherings are still out of the question. To observers, there seems to be little change.

In truth, Wine has the most to lose. Banning any public events will put a serious dent on his campaigning and his ability to drum up popular support. Campaigning on TV and the radio will favour the incumbents, especially as most Ugandan TV and radio stations are owned by Museveni’s supporters.

Even if all things were equal, and they certainly aren’t in Ugandan politics, none of the candidates would be able to receive sufficient airtime to run a successful campaign.

In a country where the average age is 16 and the under-25s make up 77% of the population, many opposition candidates could turn to new forms of social media. But there is another hurdle in the way. In July 2018, the government imposed an “Over the Top” tax, charged at Shs 200 a day, for access to popular social media platforms, such as Facebook, Twitter, Instagram and WhatsApp.

At the time, the President claimed the tax would stop harmful “gossip” and raise new taxes. It has done neither. The Uganda Revenue Authority confirmed that it had raised only 17.4% of revenue targets.

Last week, the World Bank called for the Ugandan government to scrap the tax, claiming that it “risk[s] reducing the proportion of internet users and contribute[s] to both digital and income inequality”.

What it has done though is to deter millions of Ugandans from using social media. Within three months of introducing the new tax, the Uganda Communications Commission confirmed that the number of internet users in the country had dropped by five million. Social media penetration in Uganda stood at 5.6% in January 2020. Hardly a route to reach voters in a country with nearly 19m registered voters.

As long as the pandemic continues and it is not clear how safe it is to hold public gatherings, candidates need to balance the need to connect with voters while preventing an outbreak.

Functioning democracies would encourage a free and vibrant press, broad access to social media and multiple channels and opportunities for voters to engage with politicians. But Museveni, who has been in power since 1986, has no interest in encouraging debate.

Uganda’s scientific election might be a portent of things to come. Populist tactics get picked up remarkably quickly. If Museveni’s strategy to stifle the opposition proves successful, we can expect to see the concept of scientific elections spread more widely. In Africa alone, there are 17 countries holding national elections over the next year.

The author is international lawyer and managing director of Marlow Strategy.

He represented Bobi Wine in 2018 when he was unlawfully accused of treason by President Museveni.

Kyadondo East Member of Parliament Robert Kyagulanyi also known as Bobi Wine is at it again. Like he did about...

EC’s Byabakama to NUP: “You have to follow the law”

All artistes joining Bobi had already failed in their careers, they will be worse off- Presidential Advisor

Bobi built firm foundation in DP’s compound, not his fault, they called him for a family meeting

Sseggona: Mao has not prepared DP for 2021 elections

President Museveni has released another video in which...