Analysis: How Museveni defeated the MPs over the Covid-19 cash

Analysis: How Museveni defeated the MPs over the Covid-19 cash

Museveni addressing parliament with Kadaga in the background

President Museveni is quite an intriguing, complex and shrewd politician.

If our MPs doubt this, they should ask Prof John Ddumba-Ssentamu, the former vice chancellor of Makerere university.

For long, Ddumba-Ssentamu and Prof Mahmood Mamdani, the celebrity scholar who heads the Makerere Institute of Social Research (MISR), had fought a number of battles.

Ddumba-Ssentamu accused Mamdani of being aloof and unwilling to account for the money MISR receives from donors.

Mamdani, on the other hand had accused the vice-chancellor of being tribal, when Ddumba-Ssentamu sided with Dr Stella Nyanzi, a social researcher, yet the decorated scholar wanted her out of MISR.

An opportune time for Ddumba-Ssentamu came when Mamdani’s MISR contract ran out in 2016.

It was plain simple: he decided that the university was not going to renew Mamdani’s contract.

Before he could execute his scheme, Ddumba-Ssentamu sought the audience of President Museveni.

In front of Museveni, Ddumba-Ssentamu poured out his all and accused Mamdani of turning MISR into a hub of opposition politicians.

Ddumba pointed out that Mamdani had even mediated between FDC’s Dr Kizza Besigye and Amama Mbabazi of Go Forward when the opposition was trying to rally behind a single candidate in the run up to the 2016 election (as if Museveni did not know this already).

Then he hit the nail on the head: “Your excellency, in my view, Mamdani’s contract should not be renewed.”

As always, Museveni was all ears and according to sources, he in principle agreed with Ddumba-Ssentamu’s argument that Mamdani should not be given a contract.

Confident that he had got Museveni’s approval, Ddumba-Ssentamu left State House in a triumphant mood.

Yet Museveni, secretly, harboured other ideas.

True to form, the president worked the phones and gave an explicit instruction to officials at the ministry of Education and Sports: “Mamdani must stay.”

And Mamdani retained his coveted job albeit controversially.

Scholars on President Museveni will not be surprised by this turnaround over the Mamdani issue.

He thrives under conflict and was made for situations like these.

That is why many analysts have argued that it was foolish for MPs to think that they would take on the president and defeat him over their controversial allocation of Shs 10 billion to fight Covid-19.

“They put themselves into a trap once they agreed to take the money. It was not wise of them to engage in a war with the judiciary and the executive” said Nicholas Opiyo, a political analyst, told NBS TV in an interview.

Addressing the nation, a couple of weeks back, President Museveni first dressed this fight over the Covid-19 money in moral garbs.

He said it was morally reprehensible for the MPs to share out this money when majority of Ugandans hard been hit hard by the Covid-19 lockdown. 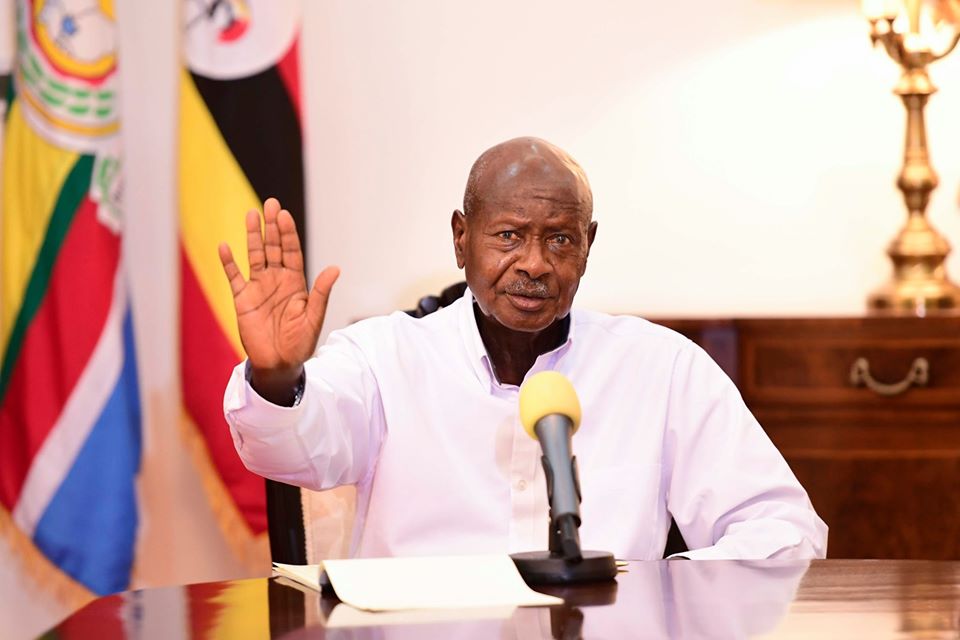 In saying so, he surely knew that he was setting the MPs on a collision path with many of their hungry and angry constituents.

When Parliament fought back and threatened to among others withhold approval of supplementary budget that had been tabled, Museveni changed tone.

He said it is okay for the MPs to get the money as long as they use it on activities related to Covid-19.

He in fact suggested that they donate it to their district task forces since they are not accounting officers.

A number of them, including the vice president, Edward Kiwanuka Ssekandi and deputy speaker, Jacob Oulanyah, returned the money.

Yet most parliamentarians remained unrelenting. In a terse press conference, a tough speaking Rebecca Kadaga said “the executive and judiciary will not tell parliament what to do or how to spend the money.”

She implored the MPs to follow her guidelines, while spending the Shs 10 billion, and not those of any other institution.

To put the icing on the cake, days later, Parliament, chaired by Kadaga, entertained a motion condemning President Museveni’s “hostility” towards the House.

From the resounding support the Ibrahim Ssemujju motion received, Parliament, it appeared, had had the last laugh.

Put another way, with the motion, Parliament had drawn the line in the sand and dared anyone to cross it.

Was the president willing to cross the line and start a confrontation with the MPs?

As it turned out, he was. And with gusto.

Stealthily, Museveni started meeting small groups of NRM MPs, cajoling them to see his side.

The meetings also had another sweetener: money.

Little wonder therefore that after these meetings, a group of NRM MPs tabled another motion, this time praising Museveni for his exemplary fight against Covid-19.

It also emerged that the president had authored a letter instructing the Auditor General to audit the Shs 10 billion given to the MPs.

With a stroke of a pen, Museveni had delivered what some people called a technical knockout on parliament from which MPs are yet to recover.

In fact, the clerk to Parliament Jane Kibirige has written to the MPs top provide individual accountability for this money.

So why didn’t Kibirige instead urge the MPs to stick to her boss, Kadaga’s instructions?

Two words answer the above question: power and money.

Kibirige, like many Ugandans, knows that every major and minor decision in this country is taken by one person: President Museveni.

This is simply because the constitution vests a lot of powers in the presidency.

Without Museveni’s blessing or influence, a hitherto unknown administrator at Mbarara University of Science and Technology (MUST) that Kibirige was, would never have occupied the lofty office she does at Parliament.

Neither would some of the NRM MPs be in parliament who are throwing barbs at him.

That is why in the fight over this Covid-19 cash, Museveni was in position to deploy an array of weapons to neutralize the vocal MPs.

The first was intimidation and sowing fear in them.

The second was cash that he reportedly dangled before some of them.

In dealing with MPs over the years, President Museveni has largely favoured the second option although when push comes to shove (like during the heated debate on the removal of the age-limit) a mixture of the two options comes in handy.

Talk in the corridors of power is that a number of NRM MPs last week pocketed Shs 40 million thanks to this controversy.

More money is likely to change hands as the country nears the 2021 elections.

And Museveni knows that our highly indebted MPs will never pass up an opportunity to get a bit of money.

Some still need his influence to guarantee re-election in 2021.

As for the opposition MPs, Museveni decided long ago that as long as their numbers remain small, they don’t pose much trouble to his political fortunes.

They can bark at him, pass motions to disparage him or threaten to impeach him.

But for the time being, there can only be one outcome: Museveni will come out on top.