Ugandans on social media have reacted with excitement to President Museveni’s exclusive interview that aired on Monday 9pm during the NBS Live At 9 bulletin.

President Yoweri Museveni sat down with the NBS Television team represented by journalist and news anchor Canary Mugume at Entebbe State House to answer questions on the Coronavirus outbreak, security, climate change and floods, his personal health, economy among others.

Democratic Party president Norbert Mao commented thus, “Great job NBS Television for your probing questions during the #M7TalksToNBS. He ducked and deflected but you held your line.” Mao said in part. 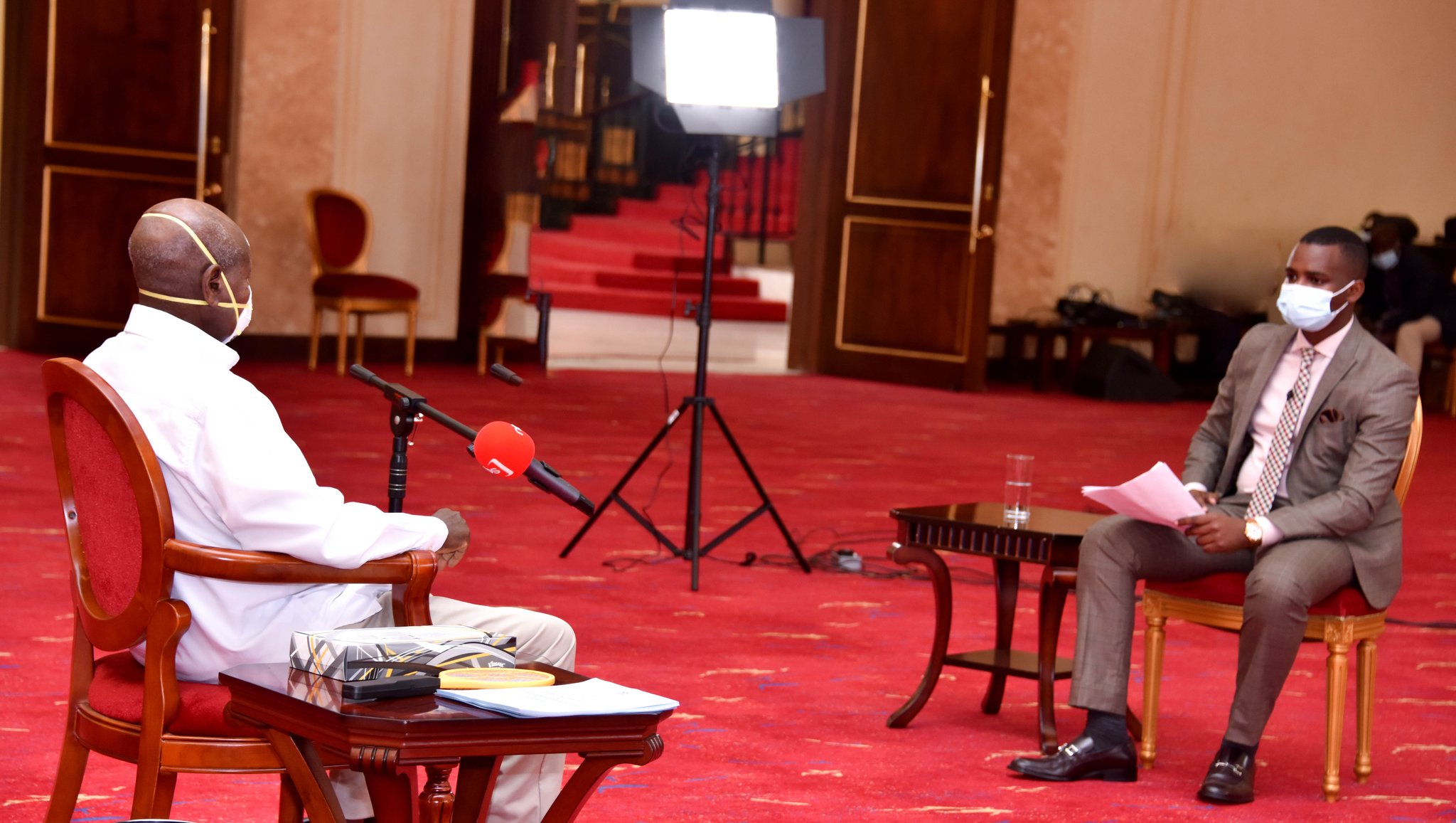 Ramathan Ggoobi, a senior economist and lecturer at Makerere University Business School had a lot to say on the President’s response on oil.

President Museveni in the interview said that he only agreed to the oil pipeline because he wants Uganda to share the wealth with “our brothers in Tanzania.”

Ggoobi said “So the President all along wanted to turn the oil in Uganda into a non-tradable good! Refined for Ugandan market “and may be our neighbors”!! Certainly that view was informed by patriotism but not economics. No wonder no oil company would buy such an idea.”

Several others praised the interviewers poise and directness while asking the questions although a good part of the viewers felt that the interviewer did not ask the ‘real questions’ that they wanted to hear answered.

Henry Ssali, a senior journalist and editor said that the interviewer was overwhelmed and his voice showed too much admiration, awe and respect for his subject.

“When someone agrees to be interviewed by you, he has put himself on your level, so the best you can do is breath in, breath out, and get on with it. It was this muted tone of the voice of the interviewer that gave us one of the dullest Museveni interviews ever.”

Karane Tuhirwe noted that President Museveni spoke clearly with purpose and is focused on where he wants the country and his own life to head to. He concluded that the major lesson from the interview is that every Ugandan has a choice to live a life of purpose or squander the opportunity.

It was all bliss and pomp as NBS TV news anchor, show host and senior investigative journalist, Canary Mugume, tied...

Next Media donates Shs100 million to support Church of Uganda