Air quality: What next after the lockdown?

As the world commemorated the Air Quality Awareness week that happened from May 4th to 8th, Deo Okure an air quality scientist at AirQo, registered his pleasure at the interest air quality is attracting from the public and the ability to quantify the air pollution challenge.

“We are moving in the right direction considering the interest the issue of air quality is attracting from the public and other stakeholders. I am also glad we can now quantify the levels of air pollution. You cannot manage what you can’t measure. You need to know what you are dealing with,” Okure noted in a recent telephone interview.

AirQo is an air quality data monitoring, analysis and modelling platform that is based at Makerere University which does research and provides insights while engaging the stakeholders like government and authorities like KCCA.

The combined effects of outdoor and household air pollution cause about 7 million premature deaths every year, largely as a result of increased mortality from stroke, heart disease, chronic obstructive pulmonary disease, lung cancer and acute respiratory infections according to the World Health Organisation.

In light of such damning statistics, Okure says people need to be made aware of air pollution hazards. He says a lot has to be done through sensitisation campaigns, government needs to find a way of involving all stakeholders like communities.

As the Covid 19 pandemic continues to stun the world for months now, several factories have closed, vehicles parked and flights cancelled. Several cities around the world have since recorded air quality improvement. The lockdown provided a very rare opportunity to examine what happens to air quality when there’s a drastic reduction in travel and many suspended business operations. The question is, how can this be consolidated? Okure says it will be a process.

“You can’t shut down everything, the economy won’t cope. We need to live sustainably. Produce, consume but also live clean,” Okure notes.

More than 80% of people living in urban areas are exposed to air quality levels that exceed WHO guideline limits, with low- and middle-income countries suffering from the highest exposures, both indoors and outdoors. Kampala city recorded a drastic 40% improvement in air quality during the Covid 19 lockdown.

Okure advises that minimising air pollution should be both at community and institutional level.

He says at community level, people should be advised about innovations like safe energy cooking while on institutional level it should be about climate favourable policies.

Peter Kauju, the public relations officer Kampala City Capital authority, says they have plans to control the transport system, one of the major air pollution contributors in Kampala city, even after the lockdown. 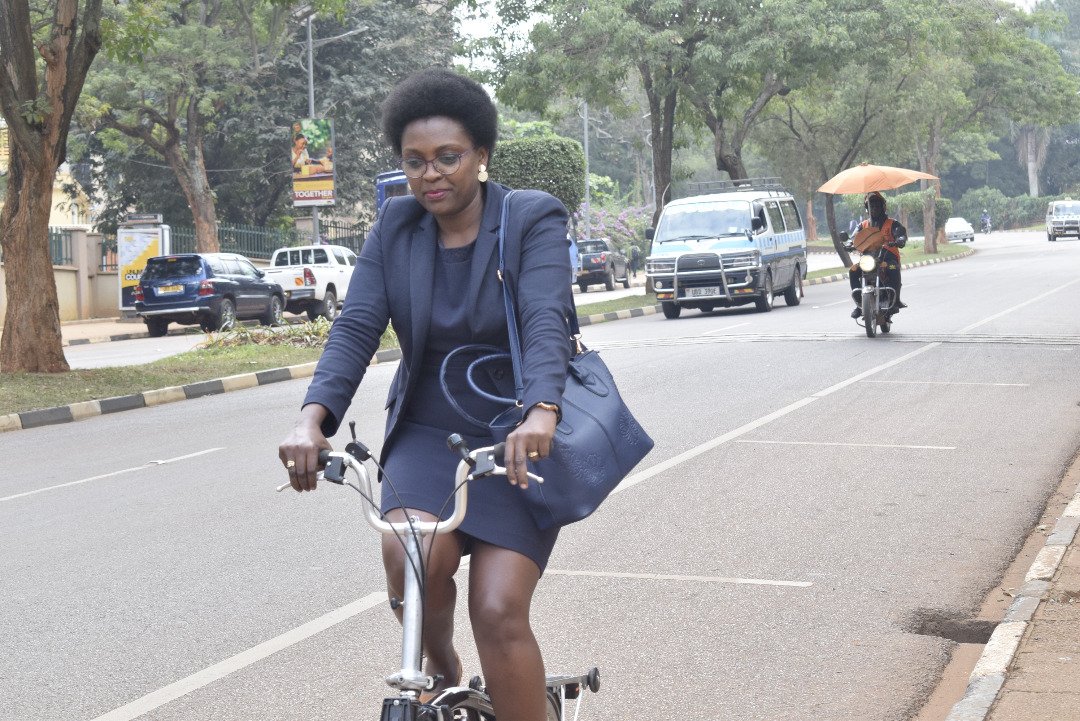 “We have launched aggressive plans for alternative transport like non-motorised transport through constructing a pilot project on Namirembe Road, which will open to the public soon. We will roll out this program to other parts of the city, ”Kauju noted.

In addition, he says the authority is tasking landlords to pave their frontages. He also notes that KCCA has formed partnerships with the American Embassy and Airqo, in a bid to curb air pollution in the city. Kauju says that the authority also acknowledges the threat human activity is posing on the environment and its reaction to human activity.

Uganda continues to keep its borders closed with only cargo planes admitted and most motor vehicles restricted from movement. Some industries also ceased operation. Perhaps, partly why Kampala city and most of the cities around the world are breathing cleaner air.

To achieve the objectives of the National Development Plan III, stakeholders have said government must prioritise water and the environment...

African media urgently needed in the fight against climate change