Opinion: Andrew Mwenda and the politics behind Covid-19 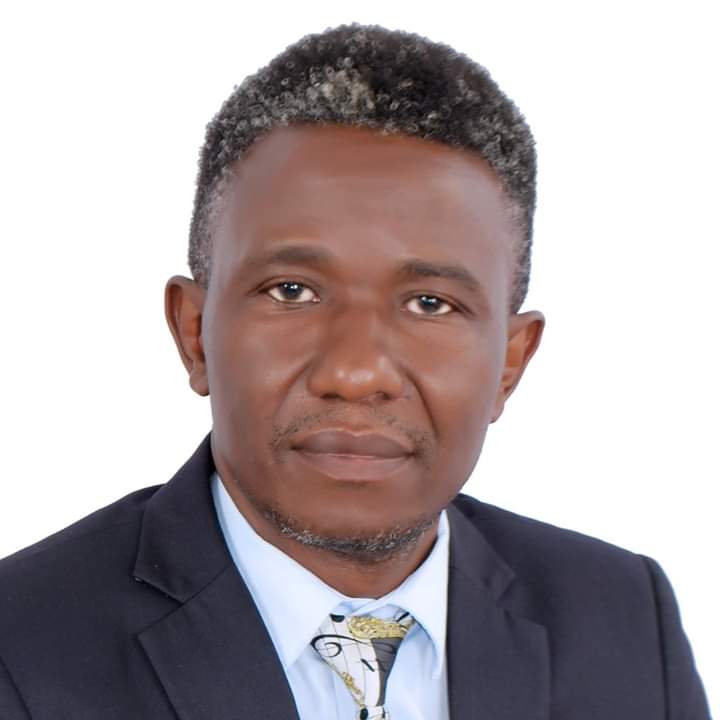 “Truth is the first casualty of war,” Aeschylus, a Greek tragic dramatist said, centuries ago.

So whenever government leaders purport to be addressing the nation on war or crisis, chances are, big lies, nicely packaged and presented on government paper, with the Court of Arms, proclaiming “For God and My Country”, are being dispensed to a very naïve population that is eagerly listening.

Some 20 or so years ago a Pakistani lass, Bushra Ali, invited a small group of maybe ten journalists to lunch at Nommo Gallery – just beside State House, Kampala.

Bushra had ended her tour of duty as Communications Head for the United Nations High Commissioner for Refugees and was bidding farewell to a few good friends.

I forget the other journalists, but one of them was Andrew Mwenda, then Political Editor at The Monitor Newspaper. I’d worked with Mwenda at Monitor, before moving to the New Vision in June 1999.

“Why is the war against the Lord’s Resistance Army (LRA) taking so long?” Bushra asked, as we, napkins around our necks, knives and forks in hand, attacked some really excellent cuisine with relish and verve.

Bushra couldn’t reconcile President Museveni’s portrayal of the LRA as mere bandits who stood no chance against a professional army – the Uganda Peoples Defence Forces, UPDF; with the obvious reality that the war was actually dragging on and on.

Various journalists had their say at first, but they dropped out slowly as, with respect, I think, the conversation could only be truly sustained by Mwenda and I – we were the most informed about this particular subject, among those present.

In my 20’s I was crazy, taking stupid risks.

The UPDF sent people into camps, and then burnt up literally the entire countryside, to deny the LRA a haven.

I had moved to many places, stayed in the camps and interfaced with pro and anti-government elements. Nobody could lie to me about what was happening on the ground.

I don’t think Mwenda had ever been to the North at the time; but, while I was familiar with operational detail, Mwenda had engaged at strategic level: he had the benefit of highly sensitive information from excellent sources in government and outside it.

Right from university, he was so highly connected that he always had stories that the government could not dispute.

Back then, The Monitor was not as organized and structured as The New Vision; it was more like Real Madrid FC, a collection of Galacticos – very gifted journalists.

But it was obvious there were “other” journalists, then there was Andrew Mwenda, the special one.

His stories were always front page.

The only time he appeared on the inside pages it was a commentary on the top political issues of the day. It is only once that he ventured outside politics – he wrote a brilliant film review.

“What is all this hullabaloo about The Titanic…?” he began, before proceeding to rubbish the best selling movie of the time and to dismantle it, brick by brick; something that had all of Uganda throwing stones, sticks and rocks – literally even the proverbial kitchen sink – at Mwenda …over radio, newspapers, etc.

Thank God there was no social media then; for the women would have crucified him.

Those who sniff and sneer at Mwenda are either jealous or ignorant of who he is: easily the most gifted political journalist of our generation.

He was armed with a very good education at some of the world’s top universities and he had very good news sources.

Mwenda will argue with equal ease on either side of a case, with persuasive statistics and analytics. In theory at least, had he been a lawyer, Mwenda could have easily prosecuted a criminal in High Court and gotten him convicted; only to show up in Court of Appeal as counsel for the appellant and have the conviction properly quashed.

Anyhow, my take was that the hit and run approach of the LRA, the financial, military and safe-haven support of Sudan’s President Omar el Bashir, plus a few Judas Iscariots within the Acholi sub-region were making it difficult for the UPDF to defeat Kony.

“Then you are very naïve,” declared Mwenda. “The truth of the matter is that the war is only being prolonged because of a small predatory elite within the UPDF that is making money from this war, acting purely out of enlightened self interest.”

I was very pro-Museveni (I voted him in 1996). I viciously attacked Mwenda for being so outrageous and unpatriotic. The rest of the meeting – even Bushra – was quiet, listening to us.

Even in those days, Mwenda didn’t need a loud speaker – he argued at the top of his voice; like a cross between Treasury Secretary Keith Muhakanizi and retired Justice Prof. George Kanyeihamba.

I am surprised he didn’t stand on the table to make his point …kinda like Bebe Cool. Mwenda pulled out facts and figures…and names to prove his point.

Wait, we just may even have a witness. I am not sure; but out of the corner of my eye, I just might have beheld, at the far end what looked like a certain lawyer; a truly sublime and divine light skin of the fair sex. Knew her in my school days; hear she’s now a hotshot corporate lead lawyer at one of the biggest banks around.

Her first name had something to do with sweets, oba? Roger that??

As I attacked Mwenda, he looked me in the eye, index finger pointed in a way the Bible prophets of old would be proud of, and he proclaimed one answer to everything I put to him: “You are very naïve!”

Years later, I felt he should have added, “…and a complete idiot!” And now that I think of it, maybe that’s exactly what he meant.

I’d actually forgotten this story until these inexplicable COVID-19 lockdown extensions became the proverbial handshake gone beyond the elbow.

In political economy we contend that world over, government initiatives to manage the economy in the face of crisis ultimately involve highly political decisions – but quite often, with the object or effect of nicely positioning the ruling establishment to gain strategic political and economic advantage over the opposition. Imperatively therefore, in such times, political variables (most of them dubious) often determine policy choices made, which in turn have an impact on fiscal outlays.

When, shortly after that, I began making forays into DR Congo and Sudan to cover the unending conflicts, Mwenda’s voice kept coming back to me: “You’re very naïve!”

The DR Congo conflict was especially fantastic. “We have gone into the DRC to stop a genocide,” explained the President when UPDF made a second incursion, in August 1998.

That may have been correct, since I witnessed some of the worst atrocities in DRC Congo, a good example being the Lendu vs the Hema in Eastern Congo, the days when the late Col. Edison Muzoora of the UPDF (a very good man) commanded Bunia and Jean Pierre Bemba (who took a liking to me) was making inroads to take over the far east of DRC with his Movement for the Liberation of Congo (MLC).

But the naivety goes out the window when you consider that the International Court of Justice in 2005 ordered Uganda to pay the DR Congo a whooping US$ 10 billion, reason being that some top UPDF officers (count Gen. Katumba Wamala out of this) used the cover of war to loot DRC’s mineral wealth and timber.

You and I, who pay our taxes (soldiers don’t), will be the ones to pay the billions of dollars to the DRC, even though it is a small group of soldiers that benefited from the loot.

Most of them are chaps whose only real participation in the war was from the safety of boardrooms, hotel rooms and posh restaurants; but they made dollars by the billion.

The foot soldiers, the guys that did the actual fighting on the battlefield, only managed to come back (on foot, thank you very much) with Congolese village girls – they even had no access to the classy dames on offer!

Many foot soldiers died in battle and today their wives are widows and their children orphans.

The errant generals are belching richly, after sipping cold, sweating beers and munching on roast beef and goat at Kampala’s finest hangouts, in the warm company of what my American pals down in Louisiana would call ‘cute, buxom blondes’.

So those who think these senseless lockdowns are only about Covid-19 and sijui the state ensuring people are safe, I got news for you: You are very naïve!

Nobody has died of Covid-19; but hundreds are dying because of the vicious, haphazard and unreasonable manner in which government is (mis)-managing the crisis; Government knows this but still insists on lockdown. If you see nothing wrong with that picture, you must be naïve!

Elections are seven or eight months away.

If you think the state is protecting people (who are dying of hunger) from Covid-19, by beating up and jailing opposition politicians who give them food, while allowing Ruling Party politicians to dish out food freely, you must be very naïve! Think!

The people making the decisions on lockdown are properly and perfectly insulated against the impact of their decisions.

They all have salaries that lie in the bank untouched. They have Covid-19 allowances which are not so bad and even credit cards.

You, a mere child of your mother, who operates in a hand-to-mouth world are in your house, starving and nobody cares.

If you see nothing wrong with this picture, you are very naïve!

If you can’t look beyond Covid-19 and smell winning the 2021 elections, blatant abuse of power and a separate, illicit sub-economy that has been created for a tiny privileged and rapacious elite to benefit from and featuring pillage of national resources, you are very naïve!

Two kinds of people will disagree with me: First, the naïve and complete…kinda like I used to be.

Second, those benefiting from the status quo.

The author is a lawyer and journalist

Covid-19 could be a blessing in disguise for many businesses

Jaluum Herberts The other day I was talking to a few traders about what the business landscape is going to...

US considers blocking citizens with Covid-19 from reentering the country

Each MP gets more money than a district hospital per month!

FDC in dilemma over Dr Besigye: Will he carry the party’s flag in 2021?

Covid-19 could be a blessing in disguise for many businesses

FDC in dilemma over Dr Besigye: Will he carry the party’s flag in 2021?

Matembe: “God has sent me to rescue the elderly from suffering”