by Crispus Mugisha
in News

West Budama county Member of Parliament Jackson Markson Oboth has given his share of the Shs20m to Tororo District, where he hails from.

The legislator handed in the money on Thursday, following comments of President Museveni, who labeled the money a trap and urged MPs to return it to their district headquarters or risk refunding it through their salaries. 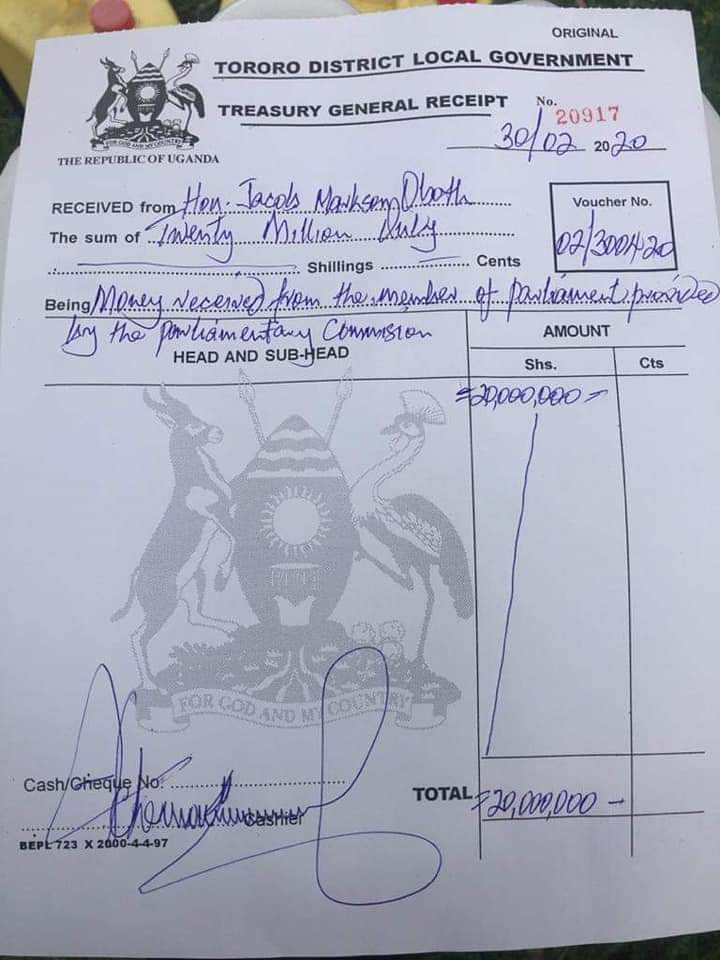 Nile Post has seen a transfer of the same money receipted by the head of the treasury for Tororo District.

In the same light, Usuk county MP and State Minister for ICT peter Ogwang has transferred his Shs20m back to Katakwi District Hospital. 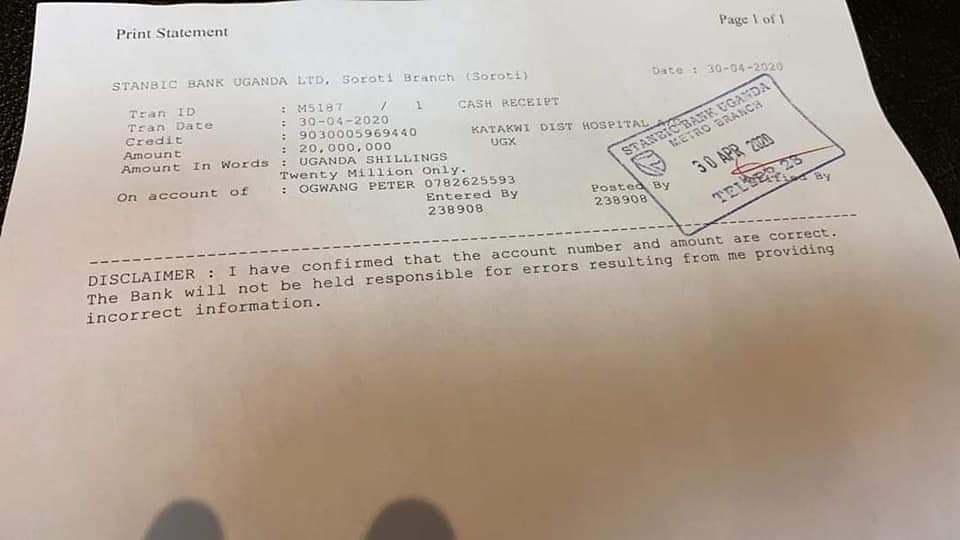 Ogwang made his transaction via Stanbic Bank Soroti Branch on April 30, 2020.

On Tuesday President Museveni said it was morally reprehensible for members of parliament to award themselves Shs20m more so at such a time when the country is facing a crisis.

The president then advised them to return the money to their district headquarters and desist from using it on their personal expenses.

He warned that any member of parliament found using the money for personal gains will be audited and risks paying back the money through their salaries.

The Central Executive Committee (CEC) which is the top organ of the ruling National Resistance Movement will next week meet...