This is a text Vanessa, a married woman in Kitintale, received from an ex boyfriend last week. Vanessa of course declined laughed it off and shared with others who were sharing their experiences with resurrected exes in their “inbox”.

This is a funny example but just one of many texts from exes that have popped up amid the coronavirus lockdown that has kept many in their homes.

So either the lockdown has been an eye opener that people married wrong or it just goes to show, the old Ugandan street saying, “Emeele emu etama” is justified. 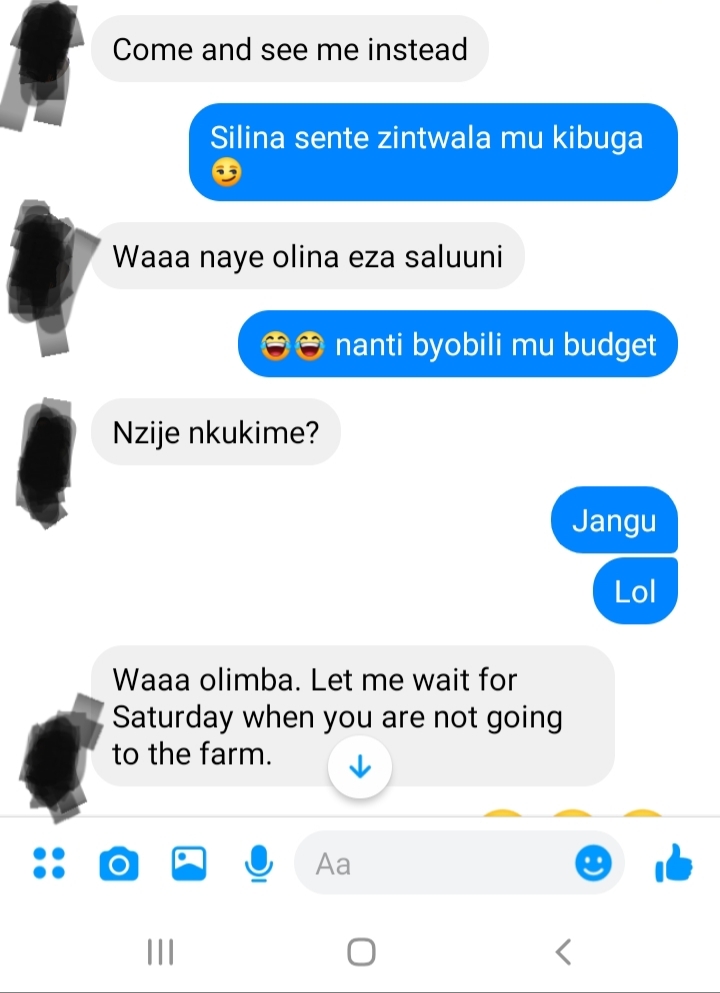 Aside from the cases of domestic violence increasing since Government announced the first lock down in a bid to fight the further spread of the corona virus and police registering 328 domestic violence related cases according to the latest reports, cases of exes sliding into “inboxes” have increased. For several reasons, Patrick a teacher in Kasangati mentioned his frustration to me saying his wife had become a problem, he needed to run away from, well at,least for this period. He says she was constantly snooping around in his phone which was causing fights and hence his need to reach out to that old flame to maintain some peace of mind. 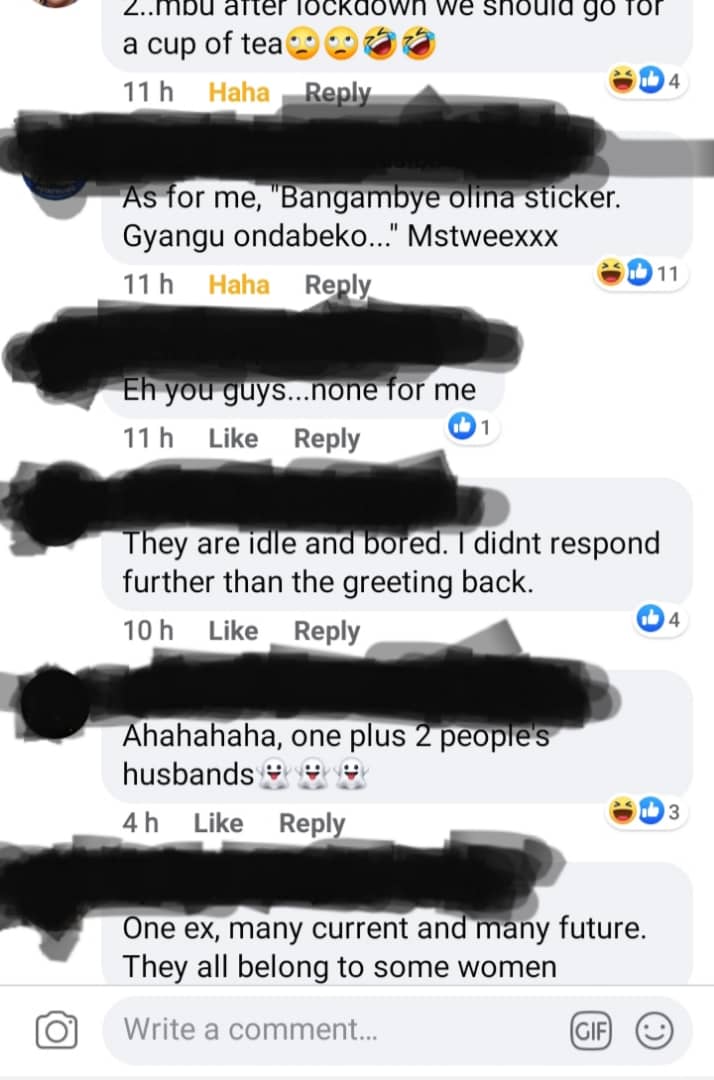 Vanessa is not alone, I have had to put a lock on my phone after being overwhelmed by texts from an ex that started with old photos of us from his archive, saying he needed to see me after the lockdown, he talked about his favorite hairstyle on my head saying he would send me money for me to plait before seeing him after the lockdown. He went on to even compliment the way I cooked and so on. But his reason is not because he is bored with his spouse, he is a single man to date who like many are feeling the pinch of loneliness during this period. It’s not just boredom that’s causing exes to resurrect themselves, isolation is real.

From my psychological background, we usually find ourselves falling back into old patterns for comfort and communication when faced with loneliness.

Further, people from past casual relationships or even just a few hookups are reaching out, Melissa a married banker with 2 children says an old hook up in her single days (also a married man who seems happy on facebook) has been in her DM on Facebook begging for hook up when all this “this” is done.

My 2 cents on this, when faced with this situation, we have the desire to cling to what we know. Exes may be taking this opportunity to experience, or at least, attempt to experience the same positive emotions they had when they were in the past relationship. But letting nostalgia and the desire to normalcy take over can be dangerous if it results in you reconnecting with toxic or other married people. If that is the case, plan for what to do when the desire hits, do something that will take your mind off this toxic or married ex.

Remember also, unfortunately, not all things that feel good are good for you. If your are single, come up with other ways to feel connected and to put up barriers between you and your ex. Willpower alone is not enough and will run out fast, so turn to a friend or your spouse for you married one, talking it out might scratch the itch to help you appreciate your better half.

Minister: Gov’t will not close schools despite rising COVID-19 cases

Minister for Primary Health Care in the Ministry of Health, Dr Joyce Moriku Kaducu has announced that government has no...

WHO chief calls for equal access to COVID-19 vaccines