The Chief of the Defence Forces, Gen. David Muhoozi has said whoever is questioning the competence of Maj. Naomi Karungi to fly the ill-fated chopper is mentally ill and needs serious treatment.

Following the Tuesday incident in which a UPDAF Jet Ranger AF302 crashed killing its occupants including Maj.Naomi Karungi and Cadet pilot Benon Wakalo in Gomba district, there were reports especially on social media attributing the catastrophe to incompetence by the pilot.

However, speaking during Karungi’s requiem at the Church of the Resurrection in Bugoloobi in Kampala on Thursday, Gen.Muhoozi dismissed the claims as baseless and that they should be treated with the contempt they deserve.

“I decry the sinking of morals of Ugandans not respecting the dead and the people they don’t know about. She was well trained, experienced and had her heart in the right place and the mind to do her job well and professionally,”Gen.Muhoozi said.

“I would want to return a bluff that if those people insist on making those reckless statements, the best way to handle them is to refer them for mental examination because they don’t know what they are talking about.”

Brig. Charles Okidi, the UPDAF Chief of Staff said Maj.Karungi was so competent that she could be allowed to do test flights on the choppers, a thing he said is not allowed for anyone to do.

“She had also been entrusted with flying VIPs and for us to leave a pilot fly VIPs, she or he must be competent. I used to fly with her,”Brig.Okidi said.

The Chief of Defence Forces in the UPDF said his deputy, Lt.Gen. Wilson Mbaddi has been appointed to lead investigations into the accident, adding that the team will also have other technical personnel mostly from the Uganda People’s Defence Air Forces including the Chief of Staff, Brig. Charles Okidi.

“We will do whatever we can to establish cause of the accident. No need for speculation .We have put in place a team led by my deputy assisted by technical people,”Gen.Muhoozi said adding that Okidi is a senior pilot who has served for many years and was the only pilot who managed to maneuver Mount Kenya in 2012 as other Uganda choppers crashed on their way to Somalia.

The Chief of Defence Forces in the UPDF described Maj.Karungi as a pioneer in the unchartered waters of piloting that he said remained a torchbearer for women combatants. 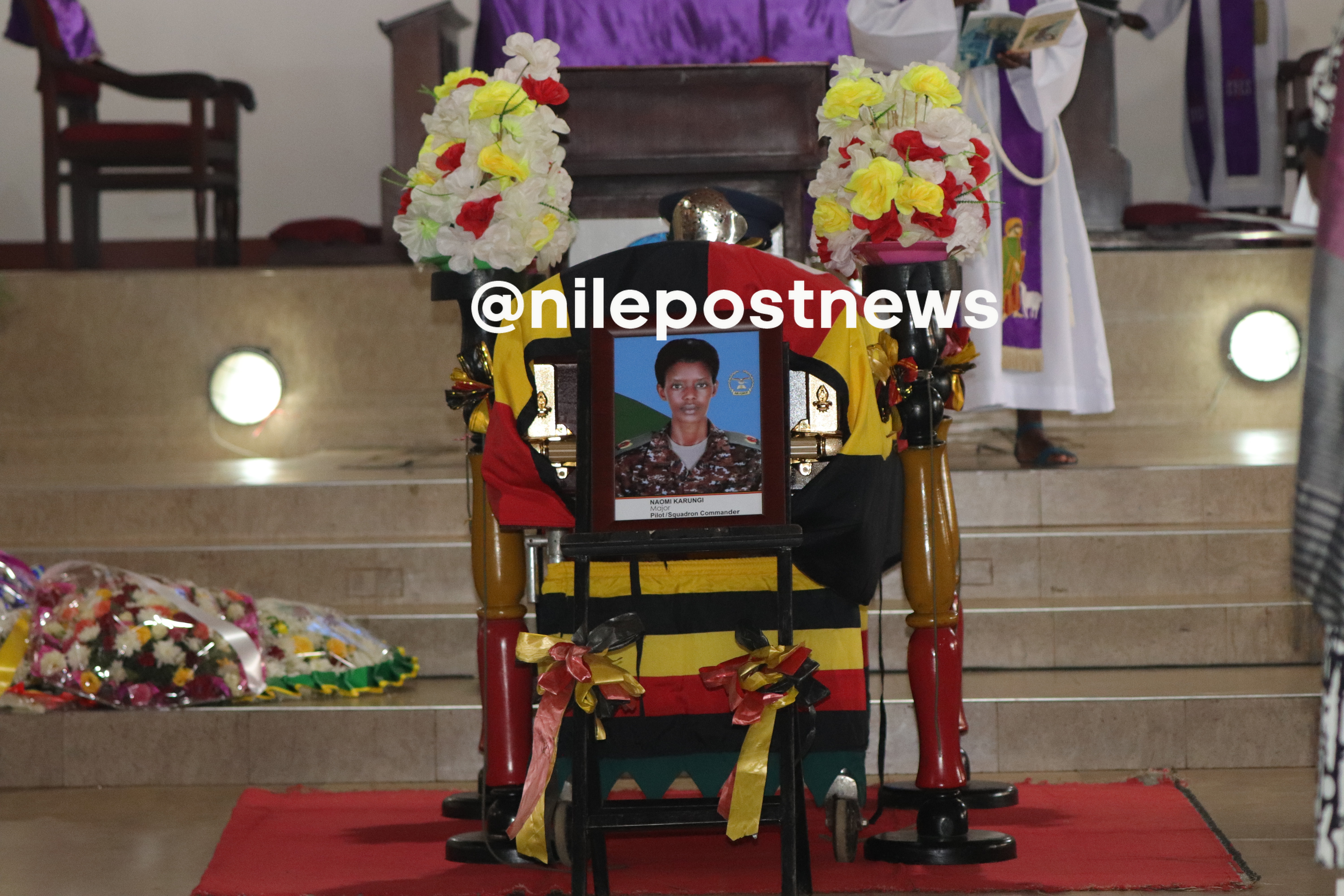 Brig.Okidi , who spoke on behalf of the UPDAF commander Lt. Gen.Andrew Lutaaya said the deceased committed all her life to serving both the army and the country at large as the most experienced chopper pilot.

He said that during all her courses, Maj.Karungi was always the best in class, a thing he said contributed to her first rising in ranks.

“She has been a golden pilot for the air force,” he noted.

Naomi Karungi was born on December 19, 1981 in Kiruhura district to Mr. and Mrs.Kabitura.

She graduated with a Bachelor’s degree in Social Sciences at Makerere University before she enrolled into the UPDF in January 2004 and completed the basic military training course in November 2004 at Kasenyi Training Wing.

She was deployed in the UPDAF in 2005 where she went through talent identification and she qualified to train as a pilot.

Karungi then went to Soroti Flying School in 2006 where she graduated with a Private Pilot Licence but further trained on a type AB 206 Basic trainer capability.

In 2016, she did a squadron commander course in the US and by the time of her death, Karungi was a senior pilot of the Augusta Bell Squadron and was transiting to instruction course to qualify her as an instructor pilot.

Karungi will be laid to rest tomorrow at Nyakahita, Nyakashasha sub county in Kiruhura district.