Idah Nantaba crying on the floor

MP Idah Nantaba says her life is under threat, but haven't we heard it all before?

by David Tumusiime
in Featured, This Week in Ugandan News

THE NATIONAL THEATRE GOES OUT TO FIND A VOICE 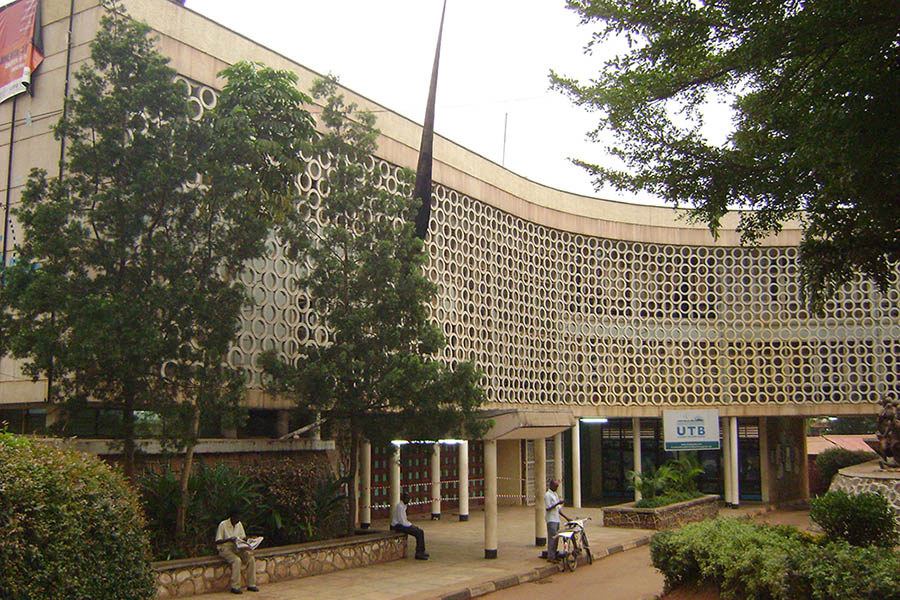 We have come close to losing you several times. The scariest time was in June 2017 when we learned you could be gone in three months. That was the notice, purportedly, the Uganda National Cultural Centre (UNCC) management had given to all tenants who occupied the piano shaped theatre to vacate their premises.

That was a frightening time because it was not just a crisis of money disappearing off the books but the physical existence of the national theatre itself that was threatened. We were told that this rest-stop in sometimes brusque Kampala that was opened 2nd December, 1959 would be torn down to be replaced by a 36-storey modern tower. We have never learned who was going to build this modern high-rise that was supposed to earn the government of Uganda billions of shillings in revenue.

Then on Monday, January 20 we received unexpected and, on the surface it seems, good news from the long silent board of trustees of UNCC. The national theatre is not going away. The national theatre wants to expand! Instead of crowding the 3.624 acres on De Winton road with multi-storied glass monstrosities, the theatre wants to stretch its wings to Masaka, Kisoro, Gulu and Mbale.

After 61 years of existence, UNCC board of trustees chairperson Sam Kelo Okello says this venerated institution is no longer waiting for culture to come to it. It is going out to meet it. To look for it, to nurture it, to support it.

There are breaks in Okello’s action paper to revive the national theatre that are cause for concern. He mentions an association with “business tycoon” Hamis Kiggundu. Kiggundu is the man who is changing the face of Namirembe road, tearing down parts of Nakivubo War Memorial Stadium. He is also the relentless force behind the “redevelopment” of Balikuddembe Market best known as Owino Market. Those have been unhappy projects with lots of tears.

For now, Okello claims all Kiggundu wants is to distribute 200 copies of his book Success and Failure, “to the artists in the sector through the Uganda National Culture Forum members.” What does Kiggundu get in return? The action paper is mum.

UNCC is also committing itself to send delegations of artists to all national celebrations beginning with 26th NRM Liberation celebrations due on 26th January 2020 in Ibanda. Instinctively one cringes. Artists and politics have often come to grief.

But there is a reality Uganda’s most important artists from Byron Kawadwa, Okot p’Bitek, Elly Wamala right up to Bebe Cool have learned over and over. You can ignore politics but politics will not ignore you. Better you enter the arena and try to win for yourself a bit of ground on which to stamp your feet and stretch your hands in the dance of art. Life, art and politics are one and we can only hope the national theatre survives in the choppy waters it is bravely wading into, again.

WE DIED A LONG TIME AGO

We died a long time ago. That is what she said. I understood.

Wednesday’s newspapers were already whirling out of the printing presses in Industrial Area and on Nasser Road. Radio bulletins for the 7pm evening news had already been read and the day’s final 9pm and 10pm bulletins voiced. The press was waiting for Saturday, January 25 when the National Resistance Movement delegates conference would be held at the Mandela National Stadium, Namboole to decide the future of Uganda.

There would be no live from parliament. There would almost have been no news relayed but for the fortunate event that NBS TV had one of its cameramen Thomas Kitimbo in the house. When Nantaba spoke it was to camera and she was recorded for posterity.

“I received a phone call from Cerinah Nebanda’s mother. She told me honorable, you are going to be killed by the same person who killed my daughter. I was shocked because I didn’t know where she had got my number. She told me I should go to her to get the details about the plot. I didn’t take it seriously but shared it with somebody. I told her I would still come and get more information but didn’t go there. Little did I know that she meant,” MP Nantaba said.

Uganda momentarily caught its breath. And then remembered her sins.

Wasn’t this the woman who got an innocent man Ronald Ssebulime shot dead on March 24, 2019 for riding his motorbike in the wake of her government TX Land Cruiser? Wasn’t this the same woman who rubbed her proximity to power in our faces in June, 2013 by calling President Yoweri Museveni on mobile phone and placing him on speaker?

The context did not matter. That she was afraid for her life in the first cited example or that as Lands minister she was fighting against an illegal eviction in the second. It was the sheer cheek of it. Who did she think she was?

But here was she on the floor of the tenth parliament making an alarm we have heard before. We have heard it from Arua MP Ibrahim Abiriga (gunned down June 8, 2018), Police spokesperson Andrew Felix Kaweesi (gunned down March 21, 2017), and oh God, all the Sheiks from Mohammed Kiggundu (gunned down November 26, 2016) all the way to Sheik Abdul Karim Ssentamu (gunned down April 12, 2012).

We have heard it all before.

There was little surprise but some sad laughter when the former Butaleja MP Cerinah Nebanda’s mother Alice Namulwa Mukasa came out to deny she had ever called Nantaba to warn her that her life was in peril. Who could forget former Vice President Dr Gilbert Bukenya warning that there were “mafia in government out to finish me,” in 2005 and then stridently denying the very words out of his own mouth?

Many a commentator on the whole spectacle kept mumbling, “You’re not the first.” They were probably thinking of another problematic truth teller, former Buyende district police commander Muhammad Kirumira (gunned down September 8, 2018).

Before his 7:30pm murder in Bulenga, Kirumira had reasoned, So my communication to the killers who hold guns is that killing me now is useless because as a messiah I have fulfilled my objective of communicating to society.”

A PLAGUE OF LOCUSTS ON YOUR HOUSE

By the River Nile a long, long time ago when history was still recorded on papyrus lived a proud king who inspired the refrain, “Pharaoh, let my people go.” He would not let the Jews, who were among the slave people under his control, go until ten plagues had been visited upon his empire. Among the plagues was the invasion of locusts. 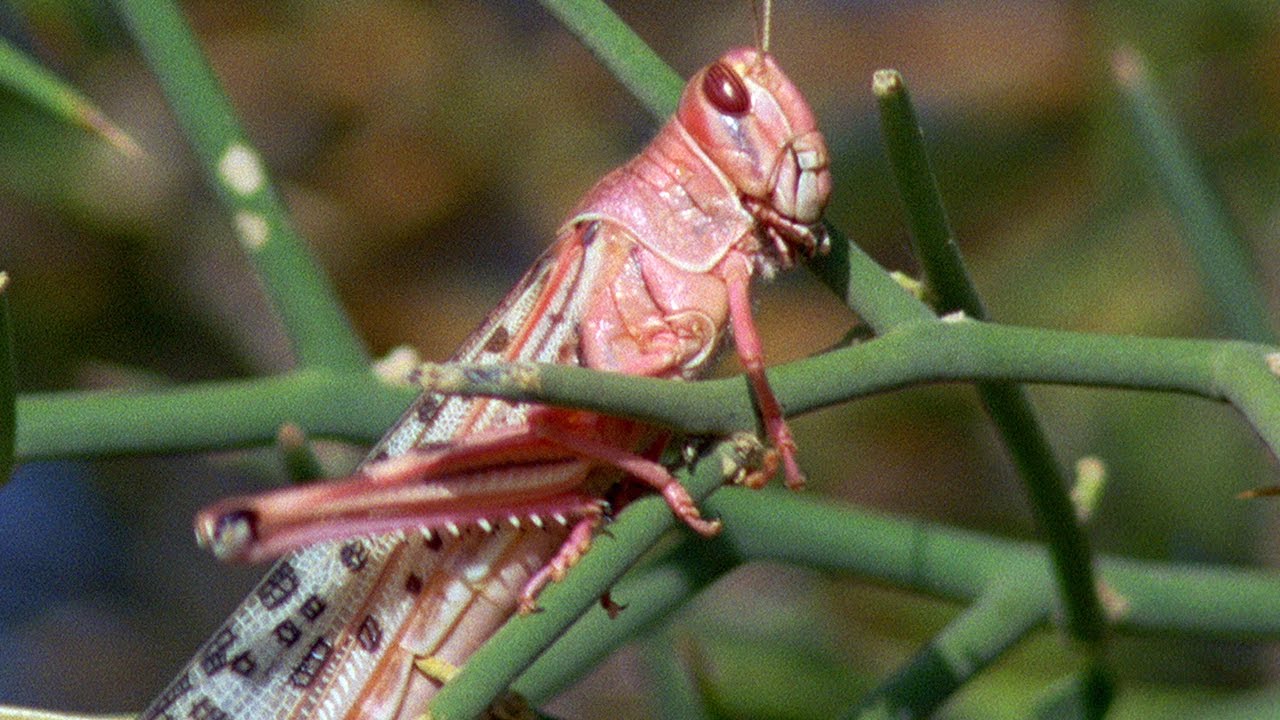 We first received warning of this invasion, as many things in Uganda often are, in ignored notices from the Ministry of Agriculture, Animal Industry and Fisheries. The Tuesday, January 14 note indicated that MAAIF needed at least five billion shillings to fight off the invasion of locusts coming from Kenya, Ethiopia and Somalia.

The laughter stopped and the alarm crept in as details began to emerge of what these swarms had been “achieving” in Kenya. The Food and Agriculture Organisation estimated one swarm in Kenya to be 40km wide by 60km long. FAO went on to explain that a very small swarm of locusts eat as much food in one day as about 35,000 people. Locusts can travel up to 150 kilometres (93 miles) in a day.

Ethiopia and Somalia had not faced an infestation on this scale for 25 years. Kenya, like Uganda, last experienced a major locust invasion 70 years ago.

In the last ten years, Uganda has dealt with the threat of an Ebola virus outbreak, landslides and mudslides, streams of refugees in greater number than usual from the Democratic Republic of Congo, South Sudan, Rwanda and Burundi. Somehow the country has held together.

It has never yet faced on the scale it could be facing, widespread food shortage, if the locusts cross into her territory. The government has advised the population to stock up on food. Advised.

Ngora County MP, Hon David Abala has appealed for intervention in combating the invasion of locusts in Teso and other...

An elder’s recollection of the last time locusts invaded Karamoja

Minister says locusts that invaded Uganda are “old and not destructive”

Gen Sejusa to Minister Byabagambi: Locusts should eat people like you instead of useful vegetation