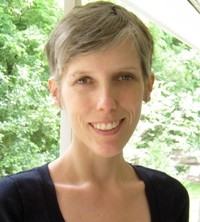 In recent years homosexuality in Uganda has become an increasingly volatile political and social issue.

An earlier attempt at legislation, introduced in 2009, became known as the “Kill the Gays” bill because it proposed the death sentence for acts of “aggravated homosexuality”.

It was passed by Uganda’s parliament in 2013 but eventually overturned by the constitutional court on a technicality.

As an anthropologist, I wanted to understand what contributed to the rising tensions concerning homosexuality in Uganda and why it endures as a politically divisive issue.

In a paper I wrote in 2013, I examined the local factors that contributed to the political and social ferment over sexuality in Uganda.

This adds to growing research on homosexuality in Africa, much of which focuses on understanding homophobia in the local context.

A great deal of publicity has focused on efforts by conservative American religious groups to guide political arguments on homosexuality.

But, drawing on long-term fieldwork, I argued that anti-homosexual rhetoric in Uganda is more than a parroting of American homophobia.

Many Ugandans, irrespective of their religious beliefs, oppose homosexuality.

They see it as a result of Western influence and against their culture.

This means the key to addressing the rise in homophobia is to change the narrative about homosexuality.

And more meaningful connections need to be drawn between the rights of LGBTQI people and Ugandan notions of humanity, dignity, and respect.

Driven by local concerns
Over a period of 15 years, I carried out research on sexuality, AIDS prevention, and religious activism in Uganda.

My work focused on churches in Kampala at the centre of the growing political mobilisation of Uganda’s born-again Christians.

These Christians’ interest in homosexuality debates intensified in the wake of the 2009 anti-homosexuality bill, which was publicly supported by several high profile pastors.

Today, about 30% of Ugandans identify as born-again and their leaders are prominent in the media and politics.

Like their evangelical counterparts in the US, they view the church as a platform for social protest.

This is particularly the case when it comes to sexual conduct.

But I found that while Ugandan anti-homosexuality activism drew support from some US Christians, it was largely driven by local concerns.

Sexuality and culture
The idea of sexual identities is well developed and accepted in the West.

But it is not well established in Uganda.

Some Ugandan queer activists have tried to advance locally meaningful terms – such as “kuchu” – to speak about same-sex attraction.

For most Ugandans, though, sexual identity – as something distinct from a sexual act or desire – remains a foreign concept.

In Uganda sexuality is shaped by family and kinship relationships.

This tightly binds sexuality to reproduction and gender identity.

This is not to say that sex is understood to be only for procreation.

But while sexual acts may vary widely, sexual identity generally does not.

This chafes against a cultural perspective that emphasises the social, political, and moral importance of hierarchical family relationships.

For instance in Buganda, the largest of the traditional kingdoms in Uganda, traditional ideals are expressed by the term ekitiibwa, or respectability.

This emphasises a person’s place in a hierarchical social system.

For women, honour is historically marked by marriages arranged through bridewealth and having children.

This is still the case today. Like most countries, relationships and households have changed over time in Uganda – for instance unmarried couples live together.

But formal marriage and parenthood still signal moral and social status. Homosexuality is posed as a threat to these norms.

Shaping public opinion
Ugandan activists and government sponsors of the bill drew on these concerns. Street demonstrations have come out in support of the “African family”.

This public vilification of homosexuality is relatively recent in Uganda. Same-sex acts were not always viewed as disruptive to social norms or a threat to marriage and sexual reproduction.

One anti-homosexual activist pastor told me that it was not the existence of homosexual sex that he found disturbing.

It had always been there, he admitted. What he objected to was the new public presence, and assertion, that this “sexual identity” was equal to all others.

The pastor’s claims point to how anti-homosexual activists have been successful in directing criticisms outwards, to a global realm that is seen as having an outsized role in shaping Ugandan social life.

While Ugandan human rights activists have had successes, particularly in the women’s movement, their language is not universally embraced.

There is a persistent perception that human rights organisations, dependent on donor aid, represent the selective concerns of Western governments rather than local interests.

This was reflected in the 2009 Anti-Homosexuality Bill, which had a clause that targeted organisations “promoting” homosexuality.

Foreign NGOs are often framed as potential drivers of homosexuality.

These conditions pose challenges when it comes to advocating for the equality and rights of the Ugandan LGBTQI community.

The author is Associate Professor, University of North Carolina at Chapel Hill.

Opinion: President Museveni is making a big mistake by trying to regulate religion

By Simon Ssenyonga Having abolished the religious policy in 1986 which President Idi Amin had put in place in 1976,...

As we celebrate Eid, here is what Ugandans need to know about Islam