Kyanjo: Here are the lessons to learn from Gen Kayihura’s dilemma

Kyanjo: Here are the lessons to learn from Gen Kayihura’s dilemma

Gen.Kayihura has hailed Maj.Gen.Kasirye Ggwanga as a true comrade in arms. 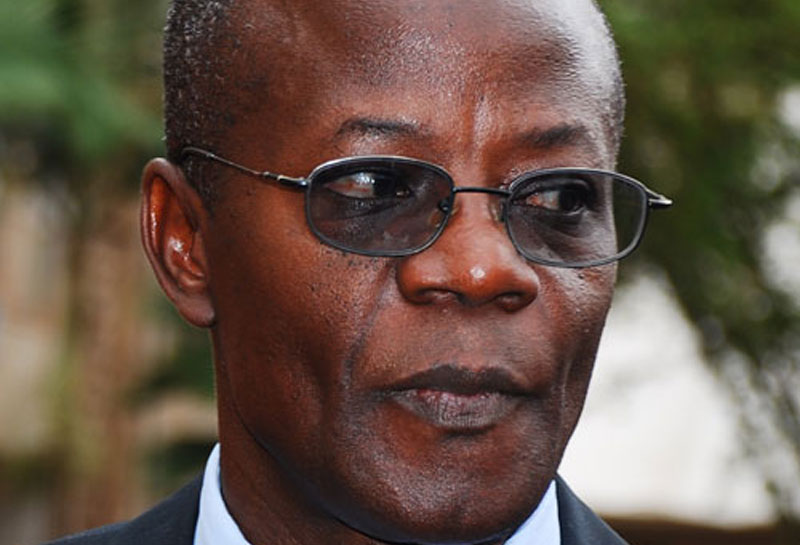 Friends, I greet you in the name of the Almighty.

I am pleased to inform you that I am feeling much better now after visiting my doctors a month ago. My condition has remarkably improved and clinical results show that the disease is under effective control. I can’t stop thanking you for all your prayers, love and support which you continue to extend to me. I am proud of you

While I am back home, I decided to name my occasional missive “Letter from India” in memory of the times when the idea to periodically communicate was born.

A lot has been said since the US issued minimum sanctions against Gen. Kayihura, I felt I could add my opinion.

My view is that Kayihura’s situation with his superiors can be observed from mainly three sources.

First, it starts from the death of Susan Magara, second, it developed further with the invasion on MTN servers and then third – the hostility between Uganda and Rwanda.

But what does it mean to Kayihura the soldier, the ‘policeman’, the lawyer and the Ugandan?

Some NRM diehards have argued that it is not important at all and that the sanctions are just a heap of rubbish but their voices are contradictory though this does not mean that some don’t hold any water for example Andrew Mwenda admits that the regime metes torture on Ugandans and he condemns it, with a threat to expose more.

He characteristically keeps Mr Museveni above it, and skilfully separates Kayihura from it.

You may wonder how Mr Mwenda can get access to sage houses which was denied to MPs. Mr Ofwono Opondo keeps his foot pressed on the peddle of blaming the US and shows how ‘inconsequential’ these sanctions are, but a few months back I saw this same Opondo on FaceBook at a graduation ceremony of his daughter in a foreign country.

One RDC Mr Kyeyune Sennyonjo and Hon K. Sebunnya MP Nansana Municipality speak volumes against American imperialism and they wonder why all the noise about the sanctions against a citizen of a sovereign Uganda, although Hon Nambooze reminds them of a deportation by Uganda of an NGO executive lady from a sovereign America (Or is it Canada) suspected of supporting Hon Robert Kyagulanyi.

I heard Mr Museveni came out and paraded his usual lies of trying to remember the money he banked in Sweden and because he is lucky to talk to Ugandans some of whom are net consumers of his lies, he will perhaps run away with it.

Museveni goes ahead to issue an empty threat that if Kayihura invested any money abroad it would be treasonable.

Mr Museveni does not imagine that some of us can audit him accurately. Just for the record Mr M7 dismisses non-African countries and wants you to believe him but before you believe ask him the following questions.

Which African country manufactures his signature cap (sepewo) his suits, yellow ties, shoes, stockings, undergarments go on to tissues with which he cleans himself in public?

Ask him where he bought his gulf stream, tanks, fighter jets, guns and bullets and am prepared to kneel down and kiss his shoes if he pointed at one car in his convoy which was made either in South Africa, Nigeria or Egypt.

You can broaden your questionnaire by asking him which African University did his children go to and lastly let him come out and say which African hospital he visits for even petty treatment.

Back to Kayihura, he cries for not being given a fair hearing.

This is a legitimate cry by lawyer Kayihura the irony is; did Kayihura or the state give this fair hearing to the Mayor of Kamwenge or to scores of Muslims rotting in safe houses and prisons (anyway it is understandable – Muslims are not entitled according to undisclosed standing orders).

He goes ahead to deny any bank accounts or even investments in the US but he is silent about how many trips to the US he makes in a year and for what reasons.

What the world should know is that no matter where your accounts are kept the important point is the location of the clearing house for your transactions, keeping in mind that currently according to my economist friend there are two international currencies the Dollar and the Euro.

Therefore you can throw this hollow argument to poor Ugandans but not to brilliant economists. Another reason is that everybody knows that African leaders use second parties names to transact business abroad, especially family members.

The General argues that the Americans are treating his family members unfairly but he forgets that in modern states there is the important phenomenon of public responsibility and trust where your own family adult members have a duty to caution you if you committed excesses, especially in a public office.

Gen Kayihura denies being corrupt which I may take the risk to believe but he doesn’t want to tell you the big names which used his signature to secure public funds under his jurisdiction (try to look for a video of former minister Hon Bakoko Bakoru).

Many corrupt elements in the notorious mafia gang illicitly collect money from government departments and ministries and you don’t expect the FBI or CIA not to know this?

Let me be generous to my readers.

The whole truth is that when Mr Museveni decided to militarise the police, he made police officers redundant and hopeless.

So some of these police personnel decided to give quality professional information to Americans.

When Mr Museveni disagreed with Mr Kagame he arrested many Banyarwanda but many escaped with important intelligence information and landed it in the hands of the US. That is why these Americans are confident.

You are free to independently verify this.

There are many misguided voices urging us to to be patriotic and behave Ugandan but our hands are tied when we try the legal avenue the Generals just rubbish judicial rulings.

This same Kayihura was petitioned by a group of lawyers at Makindye court and he sent a team of rowdy militia who roughed the judge, lawyers and the petitioners. After this experience how can you blame us for appealing to foreign help?

Yes, Americans have their interests and problems but they also often make correct judgments.

If we are oppressed we need every help and remember that even the situations which went sour like in Libya, Iraq or Syria were primarily manufactured by adamant dictators; yes they are suffering but they are not wishing to have their bad leaders back.

These days there is a call for AMISOM to close shop in Somalia but this UPDF turned AMISOM is at it again insisting they can’t hand over to a non-existing Somali army and they are willing to forego US/UN support.

The secret is that Americans are no longer interested in the Somali game after discovering the mischief done by the tribal Ugandan Army.

WHO accuses Tanzania of concealing information about possible Ebola outbreak

WHO accuses Tanzania of concealing information about possible Ebola outbreak