Mark Zuckerberg announced on Tuesday, 18thJune, 2019 that Facebook and more than two dozenFounding Member companies, including ebay, Uber, Lyft, Spotify, Visa, Mastercard, PayPal, Coinbase and venture capital firm Andreessen Horowitz are launching Libra, a simple low-volatility cryptocurrency running on a decentralized blockchain network. Although payments through social media are not a new creation, Libra has been dubbed a global currency and it is undeniable that this announcement is by far the biggest announcement in tech in this fourth industrial revolution.

To understand the magnitude of the announcement, it is imperative we look at the concept of money. Noah Yuval, the author of Sapiens, postulates that Money isn’t a material reality—it is a mental construct. Further that gold coins and dollar bills have value only in our common imagination. Their worth is not inherent in the chemical structure of the metal or paper, nor in their color or shape. It works by converting matter into mind. 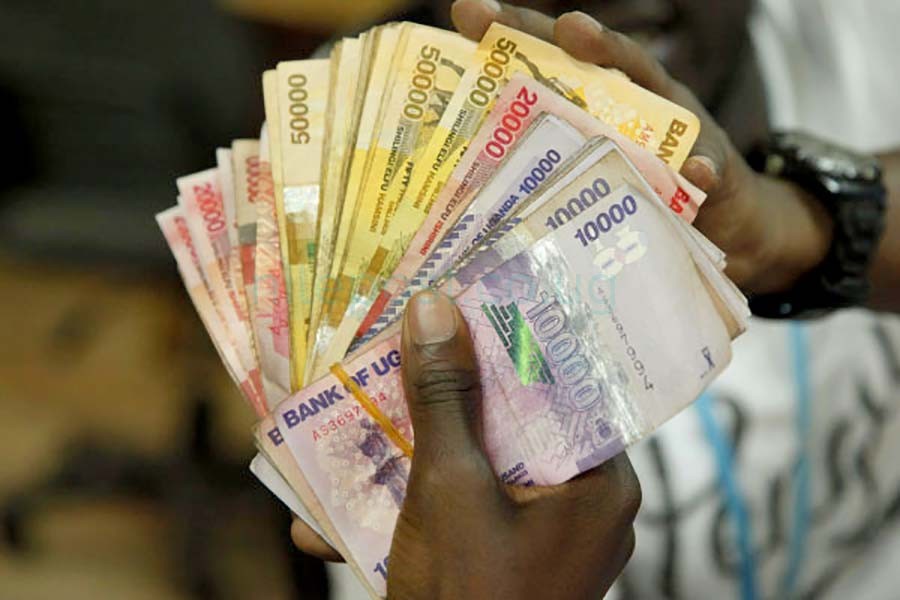 Noah, further suggests that trust is the raw material from which all types of money are minted. People are willing to accept any form of money as a social construct that is a figment of their collective imagination. Before the invention of paper money, a trader could sell a loaf of bread in exchange for pieces of gold or silver.

Should the trader embark on a journey, he would travel with the coins trusting that upon reaching his destination other people would be willing to sell him rice, houses, and fields in exchange for the gold.

Money has been evolving over the years; trust, versatility & acceptability have been the fuel for the success of money.

In the stone age (6000BC) and well into the ‘civilized age’, barter trade was the most widely accepted mode for ‘buying & selling’ or more aptly exchange of goods. It was accepted from the rich terrain of Africa (first recorded in Egypt in 9000 B.C.) to Mesopotamia (current Iraq, Syria, Turkey) & Phoenicia (Lebanon, northern Israel (controversially) & Syria). There’ve been resurgences of barter trade throughout history, famously in 1930 during great depression & even in 2019 in Zimbabwe where it was reported that schools were receiving animals as payment for school fees (tuition).

Actual money came to be during the agricultural revolution of 9000-6000BCE, where livestock and plants were used as money. This evolved to shekels and cowry shells that were used in countries like Uganda till the late 1960’s. The shekel was the unit of weight and currency, first recorded circa 3000 BC, referring to a specific weight of barley, and equivalent amounts of silver, bronze, copper etc.

Coins were a product of the late Bronze Age, where standard-sized ingots, and tokens such as knife money, were used to store and transfer value. Indian coins were a kind of punched metal and Chinese were a casted bronze with holes in the center.

According to Aristotle (fr. 611,37, ed. V. Rose) and Pollux (Onamastikon IX.83) Hermodike of Kyme was the first perosn to issue coins. 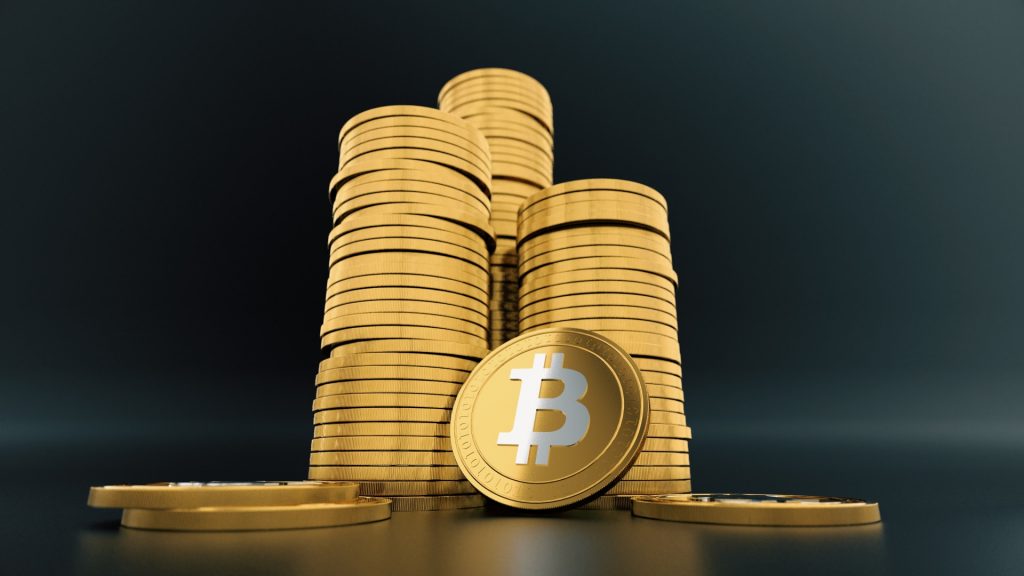 Uganda, received coins In 1966, in denominations of 5, 10, 20 and 50 cents and 1 and 2 shillings. The 5-, 10- and 20-cent coins were struck in bronze, with the higher denominations struck in cupro-nickel. The 2-shilling was only issued that year. In 1972, cupro-nickel 5-shilling coins were issued but were withdrawn from circulation are now very rare.

Paper money, is credited to 11th Century China, but was popularized in the 13th century by explorers like Marco Polo. Europe started printing bank issued, gold backed paper money in 1661. The Bank of England was granted sole rights to issue banknotes in England after 1694. In the USA, the Federal Reserve Bank was granted similar rights after its establishment in 1913. In 1966, the Bank of Uganda introduced notes in denominations of 5, 10, 20 and 100 shillings. In 1973, fifty-shilling notes were introduced, followed by 500 and 1,000 shillings in 1983 and 5,000 shillings in 1985.

The 21st Century saw banks experiment with cashless money (visa. Mastercard and the like) but although transactions are conducted online or through telecom networks (USSD), every digital note is backed by a physical banknote.

The 21stCentury is also the harbinger of cryptocurrency that despite warnings from central banks, has become so popular that it is seen by many (including myself) as the future of money.

Cryptocurrencies like Bitcoin use a system which is peer-to-peer, and where transactions take place between users directly, without any intermediary. These transactions are verified by network nodes and recorded in a public distributed ledger called a blockchain. Backed by smart-contracts, users can securely send money, sell and buy goods with unprecedented convenience.

It is this freedom from, “the man” that makes virtual currency so appealing. The adage goes, if you can’t beat them, join them and this is why central banks and regulators have softened their stand on virtual currencies; as long as they’re backed by some form of money they accept.

In Germany for example, the German Finance Department in 2013 recognized bitcoins as a financial instrument similar to an international currency, which can be used to carry out private transactions or exchanged for other currencies, without being legal tender. However, in Japan, Bitcoin is recognized as a virtual currency that is a store of value but not expressly recognized legal tender.

Although Uganda does not officially recognize Bitcoin as a form of currency, Section 3 of the Foreign Exchange act 2004 (the Act), defines “foreign currency” to mean a currency other than the legal tender of Uganda. It further defines “foreign exchange” to includebanknotes, coins or electronic units of paymentin any currency other than the currency of Uganda which are or have been legal tender outside Uganda.

There is still debate in Japan as to whether the Japan Payment Services Act, that was amended in 2016 to include virtual currencies, actually gives cryptocurrencies the status of a currency. However, the Cambridge dictionary defines legal tender as money that can officially be used in a country.

Consequently, any business that then intends to buy, sell, borrow or lend Bitcoin, may do so under a forex bureau license issued by Bank of Uganda.

In Particular, The Electronic Transactions Act, 2011 essentially provides for the use, security, facilitation and regulation of electronic communications and online transactions.

The Act (together with the Electronic Signatures Act, 2011) also significantly provides for the legal recognition of electronic transactions, records & signatures; which guarantees effective enforcement of the rights of consumers, if infringed.

Section 2 of the ESA, defines a digital signature as a transformation of a message using an asymmetric cryptosystem such that a person having the initial message and the signer’s public key can accurately determine:

Section 2 also defines an “automated transaction” to mean an electronic transaction conducted or performed, in whole or in part, by means of a data message in which the conduct or data messages of one or both parties is not reviewed by a natural person in the ordinary course of the natural person’s business or employment.

By plainly reading the clauses above, it would seem that Blockchain & even Cryptocurrency, are not excluded in the common parlance for electronic transactions.[1]

The Draft National Payment Bill of 2018 that is yet to be enacted, will regulate the issuance of fiat money/electronic money and prescribes rules governing the oversight and protection of payment systems, instruments and other related matters. Fiat money is government-issued currency that is not backed by a physical commodity, such as gold or silver. The value of fiat money is derived from the relationship between supply and demand and the stability of the issuing government, rather than the worth of a commodity backing it.

Section 2 of the NPB defines ‘electronic money’ to mean monetary value which is stored electronically, including magnetically and which is issued on receipt of funds for the purpose of making payment transactions.

In defining a ‘payment system’ it says that it’s a system to effect a transaction through the transfer of monetary value and includes technologies that make such an exchange possible. Although the bill doesn’t expressly mention the terms blockchain or cryptocurrency, the definition of electronic money covers the two.

Sections 18 – 23 gives the Central Bank oversight over the operations of payment systems and shall from time to time issue directives in regards to the payment systems.

Laws like Uganda’s NPB will be essential for central banks around the world to attempt to regulate virtual currencies.

Zuckerberg’s confirmation that Libra will be unlike other cryptocurrencies, as it will be backed by “real” government-backed assets from central banks to give it stability in particular resonates with Part IV of the NPB. Libra will be made available to Messenger and WhatsApp users, who can cash in their local currency to buy Libra currency.

The Libra White Paper, explains that to withdraw funds, users will be able to convert their digital currency into legal tender based on an exchange rate. It won’t be so dissimilar to when you exchange U.S. dollars for euros during a European vacation, for example. The currency can then be used to purchase goods and services.

Libra is currently not backed by a single currency. Its value will depend on the value of its underlying assets, which may fluctuate. Still, this will reportedly help it be less volatile than other cryptos. Most importantly, the fact that Facebook and What’s app combined have a whooping 3 billion + active monthly users make trust and acceptability a certainty. Libra, couldn’t have come at a better time where financial inclusion especially with the increasing poor-rich gap has been a dicey issue worldwide.

Africa Development Bank statistics indicate that financial penetration remains low in Africa with less than a quarter of sub-Saharan Africa’s population having access to a formal bank account. In contrast, the International Finance Corporation estimates that In Kenya and Uganda, over half of the adult population uses digital financial services. This is mostly owed to the low transaction fees and ease of sending, receiving money and making payments.

Facebook follows Apple pay, WeChat Pay & Alipay launched by Alibaba in 2014. Alipay started as an escrow system and moved to seller accreditation, payments (backed by Chinese banks), and accounted for 200 e-wallet and 10 million app installs—no one raised a brow.

WeChat Pay on the other hand was developed by Tencent in 2013, as an answer to Alibaba’s Alipay. As of Q3 2018, WeChat Pay took 84.3% of the market shares in the third-party mobile payments sector in China, maintaining its spot at number one in the market. Within the estimated USD $16 trillion Chinese mobile payments market, they have nearly one billion users. Compare this to Apple Pay, which has only reached 127 million monthly active users, even with the advantage of having it come pre-installed on every Iphone already.

In October 2018, Safaricom Kenya’s mobile money service M-Pesa made it possible for MPESA users to transfer cash and make payments through WeChat. It is only a matter of time before paper money is as rare as a cowrie shell. But, we look to 2020 with cautious optimism. Facebook hasn’t had a good track record with data and privacy concerns surfacing more prominently in 2018.

[1]Schedule 2 of the ETA excludes negotiable instruments, but is in the process of amendment owing to Bank of Uganda’s introduction of a digital clearing system.

Saving from the little you earn is not a luxury, it is old age insurance

By George Bakiwanya Is it right to save money when you have burning needs? A number of people have confronted...

Regulation of FinTechs in Uganda: Lessons for Bank of Uganda

CHAN 2020: We were punished for our silly mistakes- McKinstry

More of the same as Uganda humiliatingly bows out of CHAN

President Museveni has said he has no problem...