Opinion: Let us all work towards women empowerment 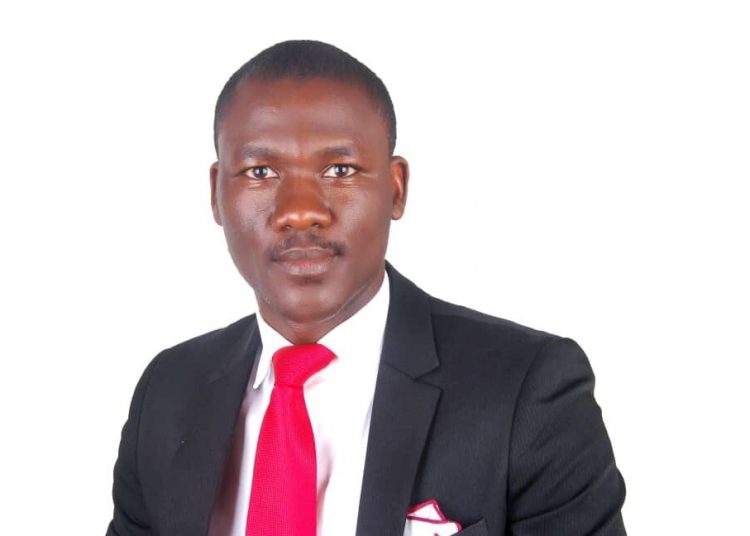 As Uganda joined the rest of the World celebrate International Women’s Day (IWD), yesterday, many took it as an annual ritual.

It is important to remind us that, Women play a pivotal role in society.

While we commemorate their political, social and economic achievements, there is need to step up our efforts to empower girls/women and create conditions to enable them to realise their full potential.

On the international level, the day was celebrated under the theme, “Balance For Better” an initiative aimed at gender equality, a greater awareness of discrimination and a celebration of women’s achievements which includes reducing the global pay gap between men and women and making sure all are equal – and balanced – in activist movements, boardrooms and beyond.

It is therefore important to go gather our attention to this theme and play our part in transforming women’s lives now, not tomorrow or in towards the next general elections.

The day has come at a right time when women are facing untold suffering even in hands of those who should be protecting them.

Indeed. This year, International Women’s Day came on the heels of unprecedented global movement for women’s rights, equality and justice.

This has taken the form of global marches and campaigns, including #MeToo and #TimesUp in the United States of America and their counterparts in other countries, on issues ranging from sexual harassment and femicide to equal pay and women’s political representation, care for rural women who make up over a quarter of the world population, and are being left behind in every measure of development.

Therefore, there is need to transform the momentum into action, to empower women in all settings, rural and urban.

We must remember that God inscribed in our hearts a moral order; an order that should lead us to acknowledge and respect the transcendent dignity of each human being irrespective of sex, those of you who read the gospel, you may recall that it is written that God made us all in His image and likeness.

Sadly, around the world many women in both rural and urban settings continue to suffer because of a gross violation of this moral order; a violation which leads, for example, to poverty and social exclusion; discrimination in the workplace, domestic violence, including murders, and various forms of enslavement, sexual exploitation, and infanticides of girls, lack of access to basic amenities and other human rights, such as good education, the list is long!

We have heard allegations of men taking advantage of the ladies they are supposed to protect such as allegations of sexual harassment by some male lecturers in some institutions, we have also heard stories of young girls being taken advantage of at places of work.

As the international theme states, “#BalanceForBetter” we should all immediately come out and stand tall in defending the rights of women in all aspects.

Women’s distinctive skill sets and sensibilities make them invaluable not only for building “peace and harmony” in families, but for all of humanity, too.

Let us support and allow them their rights, this way, we will gain from their distinctive skills many of us are currently making them to sit on. Let us think about the words of a 22-year-old Pakistan girl Malala Yousafzai, the youngest recipient of the Nobel Prize and activist for female education who said: “I raise up my voice—not so I can shout, but so that those without a voice can be heard…we cannot succeed when half of us are held back.”

Dear Ugandan men and women, the time is now all of us to take up the challenge of raising our voices; of being advocates for the voiceless, the downtrodden, and those whose human rights continue to be trampled upon daily as we watch.

Let us stand by them. In Uganda, there are very many Malala’s but have remained unnoticed because those of us who should be raising our voices for them have opted to go mute.

Those with voices already, if we are to change systems, structures, institutions and public policies that are at the root causes of injustice, we must become change agents and be prepared to work alongside rural and urban women as we seek to empower them.

We ourselves must be prepared to lift our heads above the parapet to speak out against injustices and lobby Government to enact and implement legislation, policies, procedures and programmes that will promote visible and authentic integral human development.

As a student of International Relations and Foreign policy, I follow much world leaders. In his Lenten Message, Pope Francis challenged us not to allow our love to grow cold; and to grow our love for God and the love of our neighbours.

Dear reader, let us all be the voices and advocate for the well-being of all humanity, it’s when we will achieve this year’s International Women’s Day Theme; #BalanceForBetter, If women empowerment is to be realised, this is the time to embrace Solidarity, have the willingness to see others as another ‘self’, to regard injustice committed against another as no less serious than an injustice against one’s self.

The author is a PhD student on International Relations and Diplomatic Studies.

The presiding Bishop for the Evangelical Orthodox Church (EOC) in Uganda, Jacinto Kibuuka has said the best way to celebrate...

Museveni: “Women empowerment can best be achieved through economic independence”