According to Male Moses Syza, a finalist at the Nakawa based university and resident in the near by community, the fire started around 16:00pm but police came after over 15 minutes to put out the fire. 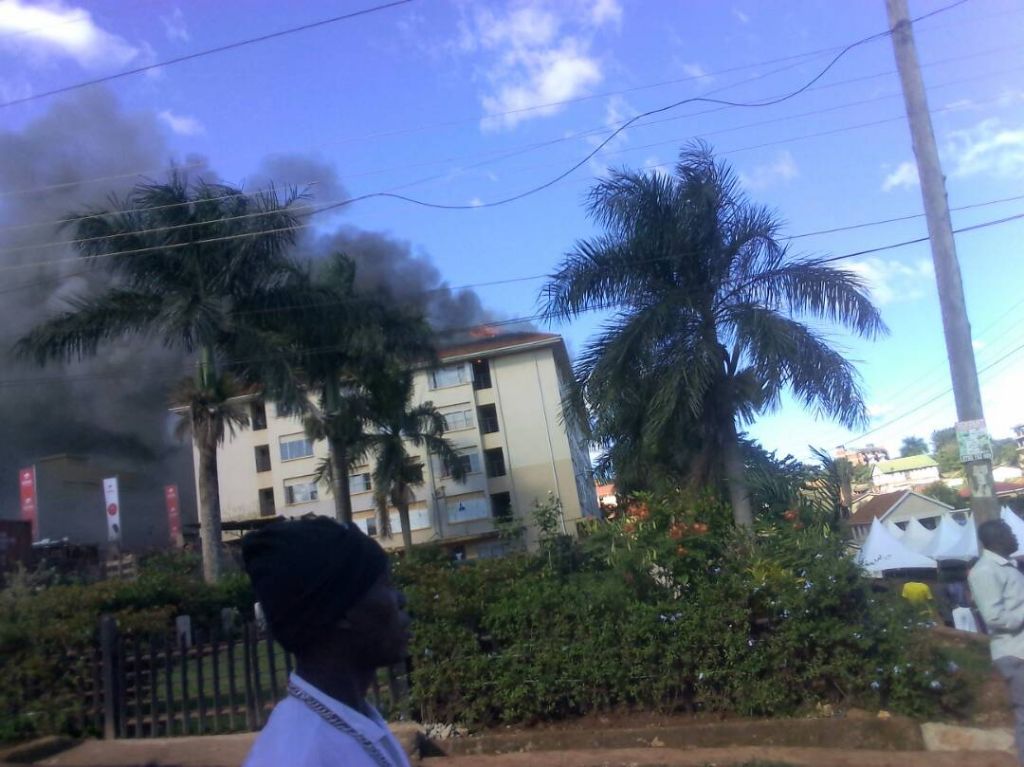 “Police came after over 15 minutes after being called. The fire started from the top most floor and a lot of property has been destroyed,” Syza told our reporter.

The cause of the fire is not yet known but it is suspected to have been an electricity short circuit.

This is a developing story and we shall keep you updated as details come in.