Yoga, Yoganoi (salutation in Teso Language), what a lovely and soothing greeting! It is such an honorable and humble salutation! It is not merely a greeting but a signature tune and symbolic of the Teso People. It is indeed a welcome verbal-note decorated by a genuine smile. Teso region comprises of Kumi, Katakwi, Soroti, Ngora, Serere, Bukedea, Orungo, Kaberamaido and Amuria among other districts. It is relatively a low and flat land that is uniquely dotted with tall Mvule and Mango trees whose existence is attributed to Semei Kakungulu. What a positive legacy!

One incredibly outstanding type of features in Teso Region is credited to ancient continental movements that created inselbergs. A combination of two German words “Insel” to mean “Island” and Berg to refer to “mountain”, these are isolated hills that tower above well-established plains. Over millions of years, these hills got exposed to agents of erosion and or denudation. These geological processes caused wearing away of the earth’s surface to reveal stunning granite rock formations that nature further finely molded. One of these rock formations that define the beauty of Teso region is Tididiek Rock. 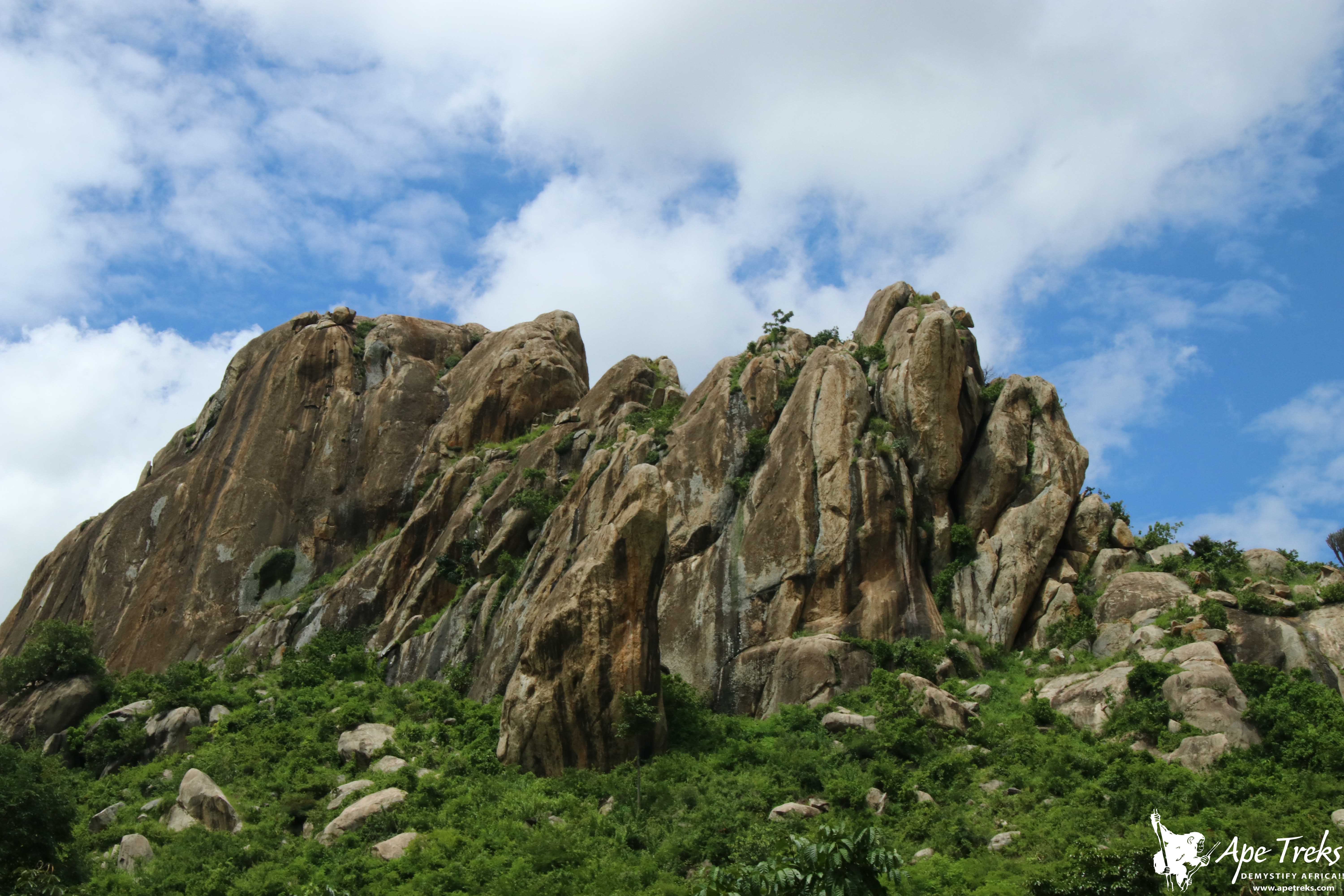 Standing at a height of approximately 1230 meters above sea-level, Tididiek Rock is situated at Tididiek village Ngora District in Teso-land. It stands higher than any of the other land-formation in the region. This land-form is indeed isolated from any of its kind and only surrounded by farm-land and homesteads. A relatively strenuous hike to the top takes less than an hour on smoothened rocks with an element of traction. Resting and refreshing is part and parcel of the hike until one hits the summit.

At the peak, Tididiek Rock commands a 360 degree panoramic view of Teso Region. One can see towns like Soroti, Kumi, Mbale, Wanale Hill, Serere and mountains Kadama and Moroto in Karamoja region. Lakes such as Opeta, Bisina, Nyaguo, Agu and Kyoga can be viewed from the Tididiek elevation. The scenery is absolutely breathtaking and stunning with sights stretching up to Busoga region. The blue sky draped with white clouds makes the scenery beautiful and photographically magical. 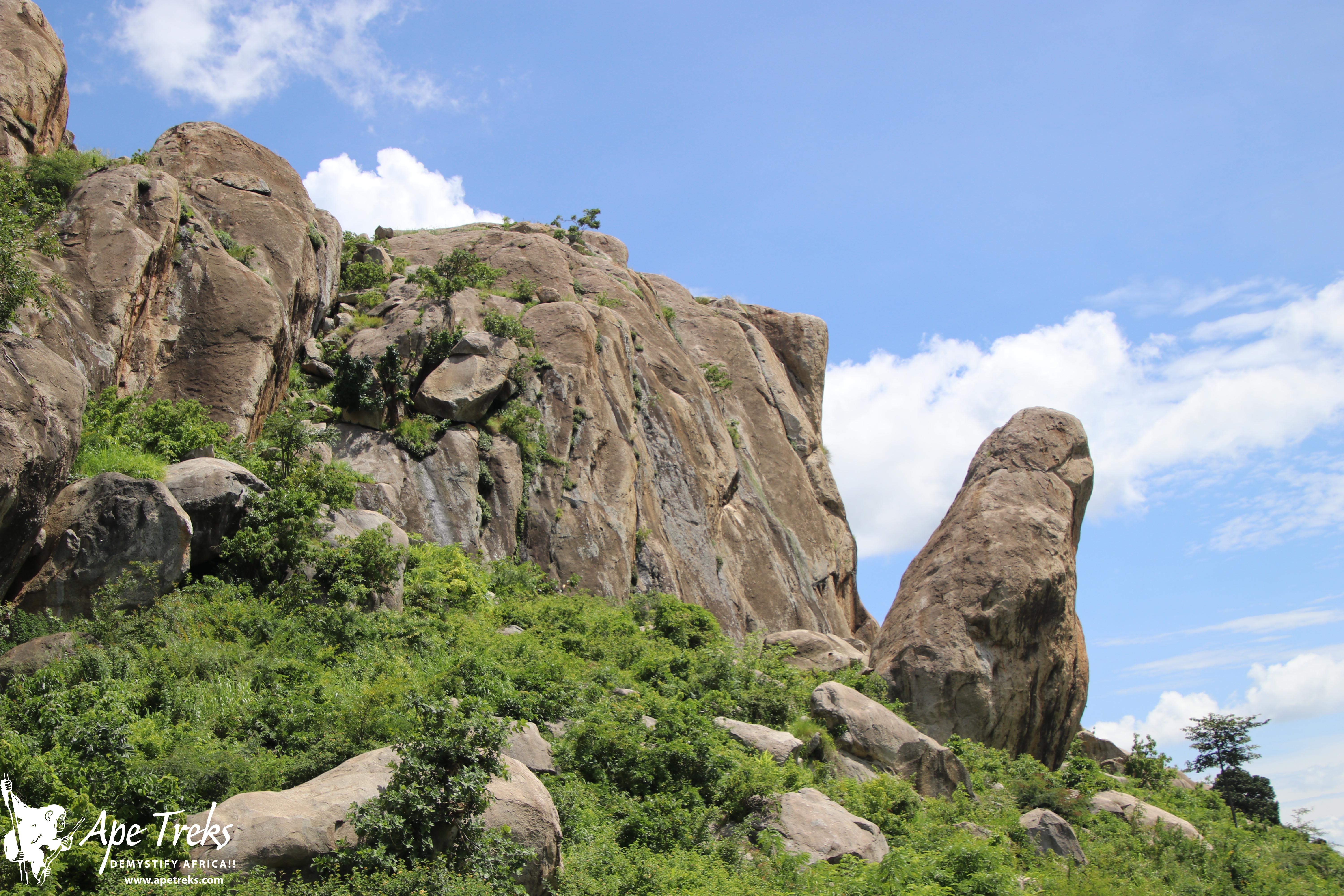 In the colonial days, Tididiek was part of the camp for the colonial administrators. It was a perfect leisure and picnic area. As Mzee John Alenyo narrates, colonial administrators planted a big forest around the rock and that hosted monkeys. During picnic, monkeys would acrobatically navigate tree branches thereby entertaining the administrators. It was such a natural and amusing spectacle! Sadly, the vegetation was destroyed allegedly by the army during the insurgency and a few vervet monkeys survive at the base of the rock.

People in Teso region used to associated deity powers with Tididiek Rock. There was a general believe that the rock had powers to drive-out evil spirits and or demons from people. They used to perform rituals, sacrifice goats, and cocks to the gods of the rock when performing exorcism. Worshippers could drum, dance and prepare food as often as on a weekly basis then. The sacrificed animals, food and money used to be abandoned at the end of the ritual thus a windfall for the locals. Several elders admitted to feasting on the spoils. This practice is now a thing of the past. 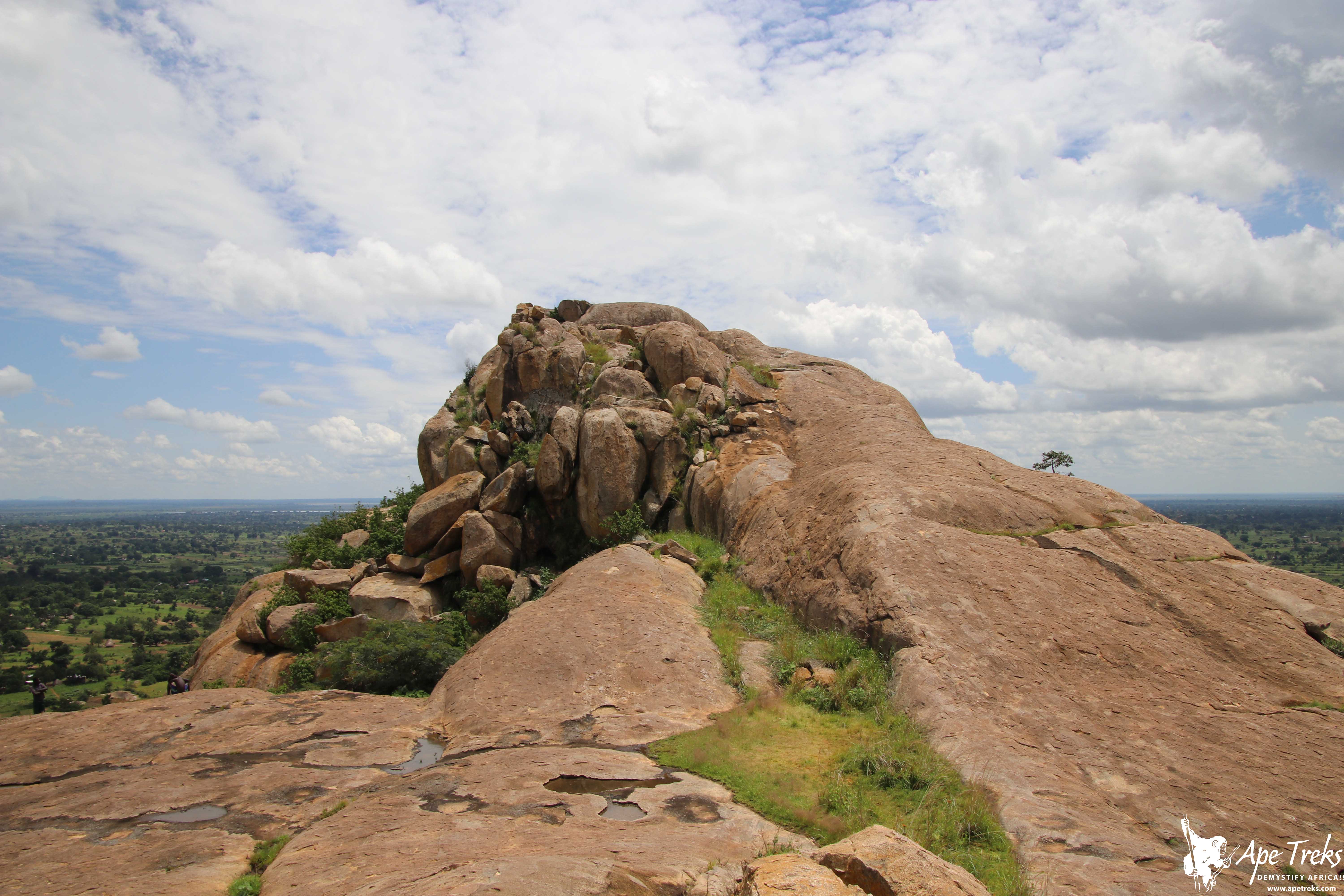 During the 80s and early 90s insurgency, Tididiek Rock was used as hideout for the UPA (Uganda Peoples’ Army) Rebels. Exploration of the caves vividly shows that once they were inhabited by humans in the recent past. It was a strategic point for rebels to spot government forces. As well, the rock was hideout for some Teso families during whenever the Karamajongo were on cattle-rustling rampage. It was a safe haven for the family that could get up there. Today, children swim and play in the water that the rocks harvest after heavy rains.

In the Obote 1 government, Tididiek hill was used as a survey point to map the area. Mzee John Alenyo recounts a drum-like equipment that was abandoned atop that locals later vandalized thinking it was valuable. This rock is that important that the people of Teso should continue to hold it pivotal in their history.

Touring Teso-land is incredibly rewarding with not only Tididiek Rock but also Nyero Rock Paintings, lakes Opeta and Bisina. Akalabai Village Stay lodging facility comes in handy with offering accommodation and running the excursions especially for nationals and residents. Plan for at least three days for a full exploration of this unexploited destination. Hiking the rock demands average fitness and above all, the will to adventure.

The Uganda Tourism Board (UTB), a body mandated to market destination Uganda has resorted to Hollywood stars to market Uganda's...