Seven UN officials who had until Sunday to leave Ethiopia have left "for their safety", the organisation's spokesperson Farhan Haq says.

Seven UN officials who had until Sunday to leave Ethiopia have left “for their safety”, the organisation’s spokesperson Farhan Haq says.

The officials were accused of meddling in the country’s internal affairs, especially in relation to the conflict in Tigray. The UN said it was shocked by the decision.

“I would urge all involved to step back, make sure the humanitarian crisis does not accelerate and work together to resolve the situation,” the UN General Assembly President Abdulla Shahid told the BBC’s Pierre-Antoine Denis.

The US condemned the expulsion saying it “will not hesitate” to impose sanctions against “those who obstruct humanitarian assistance”.

Ethiopia’s ambassador to the UN called for a replacement of the expelled officials; 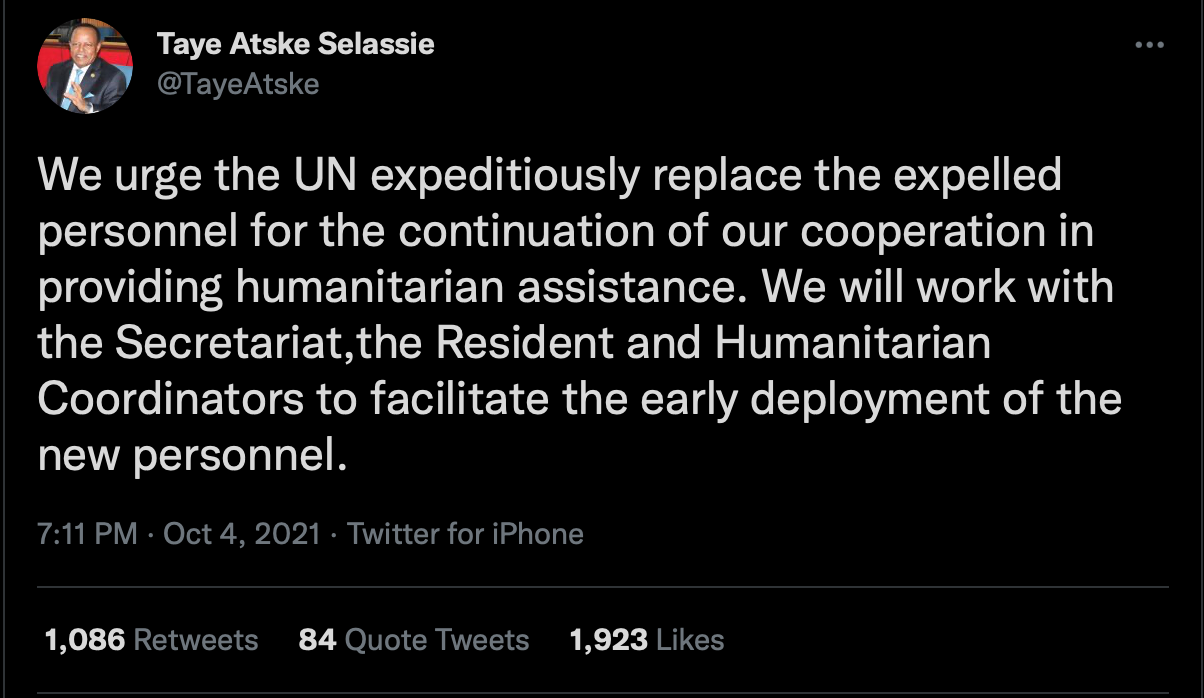 The UN said earlier this month that of 466 aid lorries that entered Tigray between mid-July and mid-September, only 38 had made the return journey.

The Ethiopian government and the Tigray People’s Liberation Front (TPLF), which controls the northern region, have traded blame for this.

The TPLF says lorry drivers are provided with only enough fuel for a one-way journey into Tigray and complain of violence and intimidation at checkpoints manned by the Ethiopian federal forces.

The Ethiopian government has rejected the suggestion that a shortage of fuel is impeding movement of lorries. It has also accused aid organisations of supporting the TPLF, a group it had labelled as “terrorist”.