An NRM supporter in Gulu city on Monday.

Museveni, who has entered his second week of campaigns decided to adopt “scientific” meetings with only NRM leaders, as opposed to mass rallies in a bid to avoid the spread of Coronavirus.

On Monday afternoon, he is expected to kick off his two-day campaign tour in Gulu city before he proceeds to Kitgum on Tuesday morning. 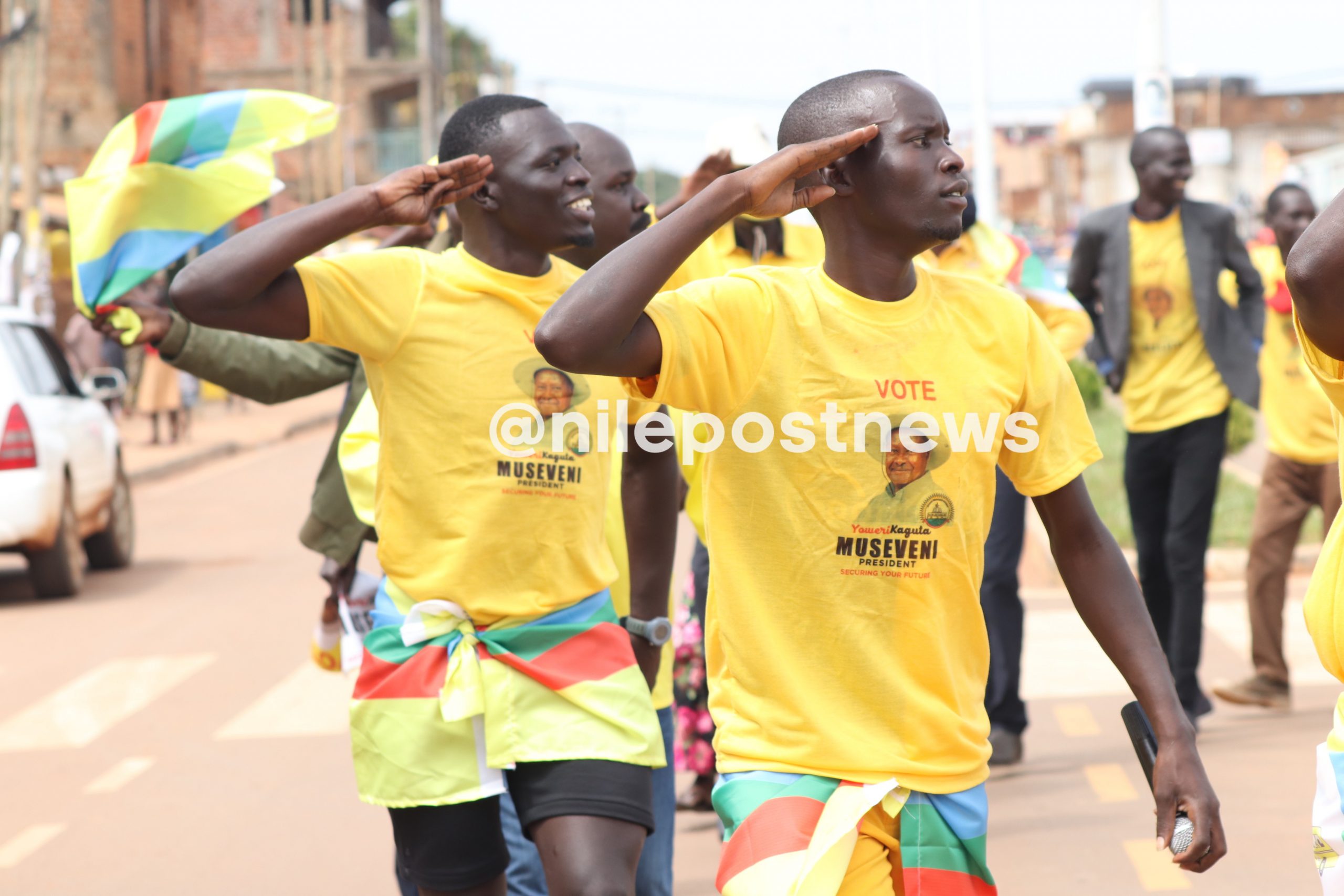 Several party supporters clad in yellow attire with Museveni posters were seen merrymaking throughout the town, which also acts as the capital for Acholi region.

In the previous general election, Museveni got 40% of the total votes in Acholi but a recent opinion poll by the Research World International indicated that he would increase his support in the forthcoming 2021 election to at least 58 percent.

The NRM presidential candidate, who is also the incumbent, has emphasized safe but effective campaigns to avoid the spread of the deadly virus.

“There are these jokers who are playing around with the virus. In these campaigns, some people want to kill people by holding gatherings. Which kind of leaders are those? I have specialized masks like ones used by surgeons but I don’t hold gatherings,” Museveni told NRM leaders from Nebbi, Pakwach, Madi Okollo and Zombo districts at Nebbi Secondary School last week. 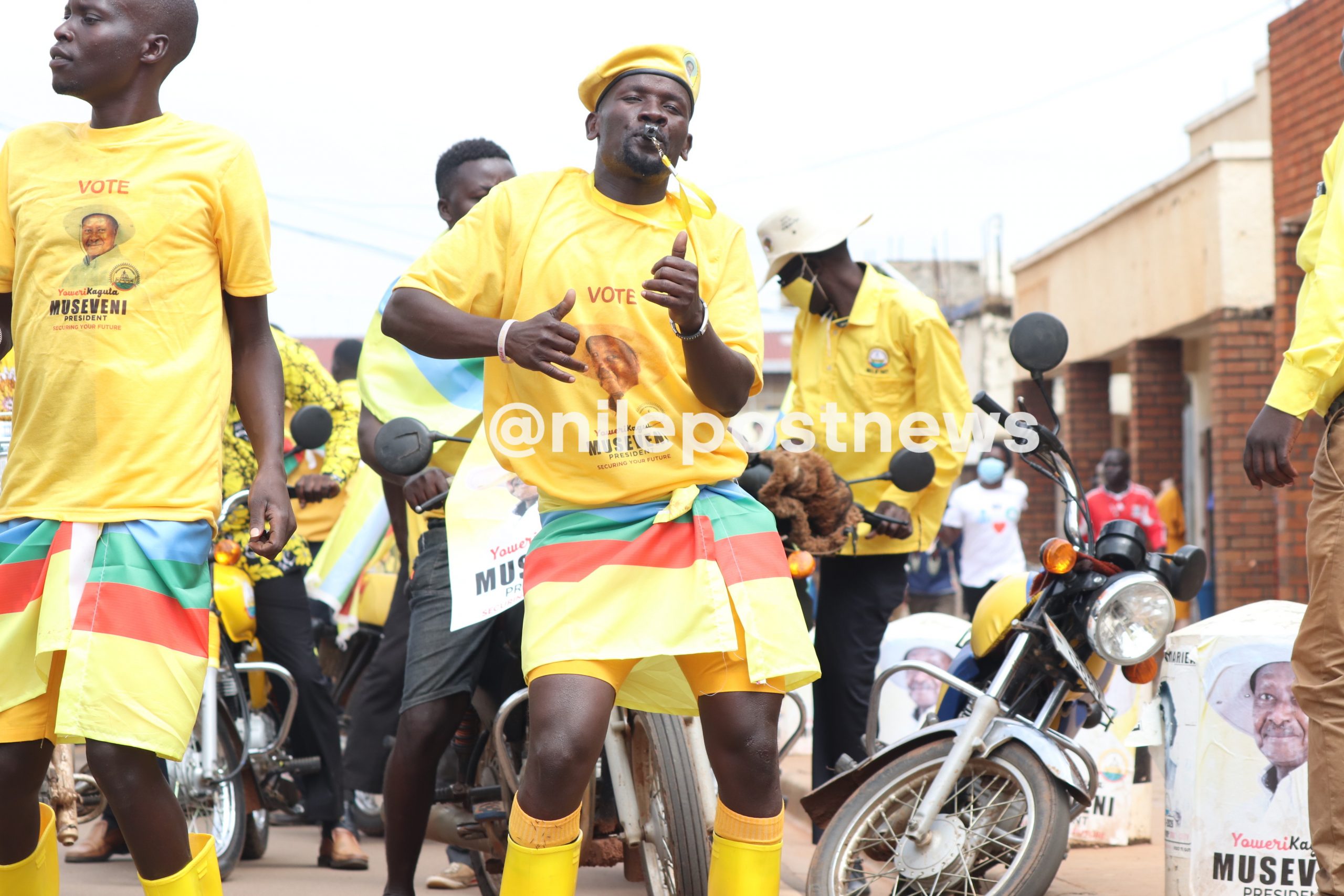 “Whenever I am moving, I find groups of people but I just wave to them. I don’t move out to speak to them. I have surgical masks and shields but I don’t get out mixing with the people. The specialized masks I have can’t allow the virus go through. I can put it on and mix with people but those people will transmit the virus to themselves. I can’t do that because I am a leader.”

Wherever he has so far campaigned, Museveni has emphasized the need to protect the gains achieved by the ruling NRM government in the past 35 years since 1986.

To ensure this, he has urged NRM party leaders to ensure they explain the key achievements basing on the party’s core principles as people prepare to vote next year.

“As leaders, you are priests of the NRM. You are not mere followers. You must know the whys. When we say unity, steady progress, transformation, you must know the reason behind it so that when you go to explain to followers, in case they try to challenge you or seek clarification, you have all the background, “he said.

The leaders are expected to ask Museveni to work on key issues like electricity which is unreliable, especially in Gulu city and the high unemployment levels, especially among youths.

You can be young, with so much energy, but confused- Museveni

You can be young, with so much energy, but confused- Museveni