The Deputy Inspector General of Police, Maj.Gen.Muzeeyi Sabiiti on Wednesday celebrated Christmas with police officers on duty at the National Command and Control Centre in Naguru.

While interacting with the officers, the Deputy IGP re-echoed the importance of CCTV cameras in fighting crime.

“He commended the officers on duty for operating the different CCTV centres with commitment, encouraging them to continue working hard this festive season so as to fight crime,” read in part, a statement from Police.

He later joined the officers in cutting a cake with the different CCTV departments in celebration of Christmas. 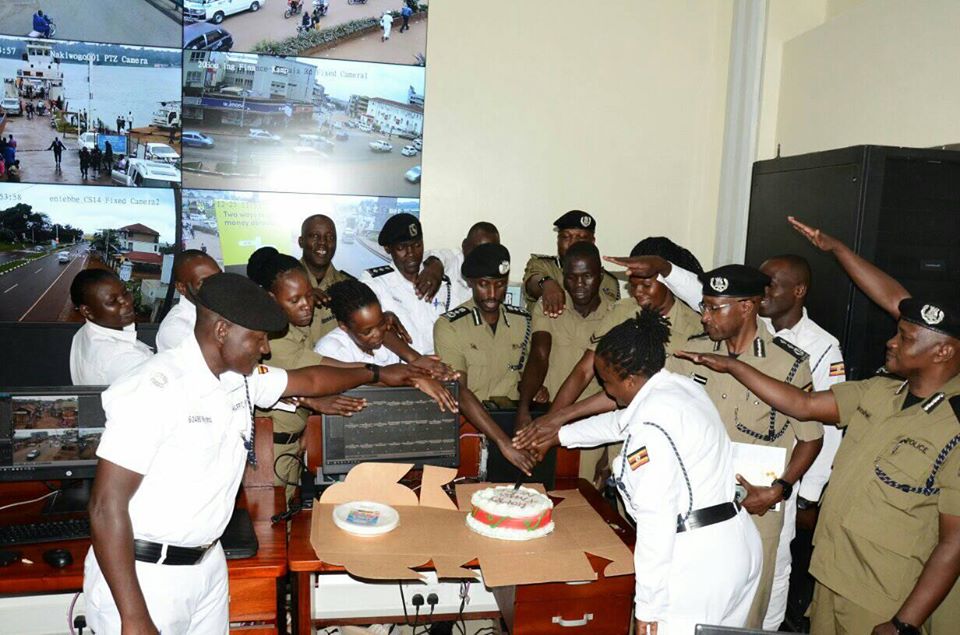 Speaking during the launch of the National Command Centre at Naguru recently, President Museveni said there should be police officers monitoring the CCTV cameras to dispatch response teams in case of any incident.

He asked the Inspector General of Police, Martin Okoth Ochola to sack all unpatriotic officers from the force.

Following the kidnap and subsequent murder of Maria Nagirinya, a social worker with CIDI and her driver, Ronald Kitayimba in Busega, Museveni was furious with police officers manning the then temporary CCTV command and control centre in Nateete for negligence. 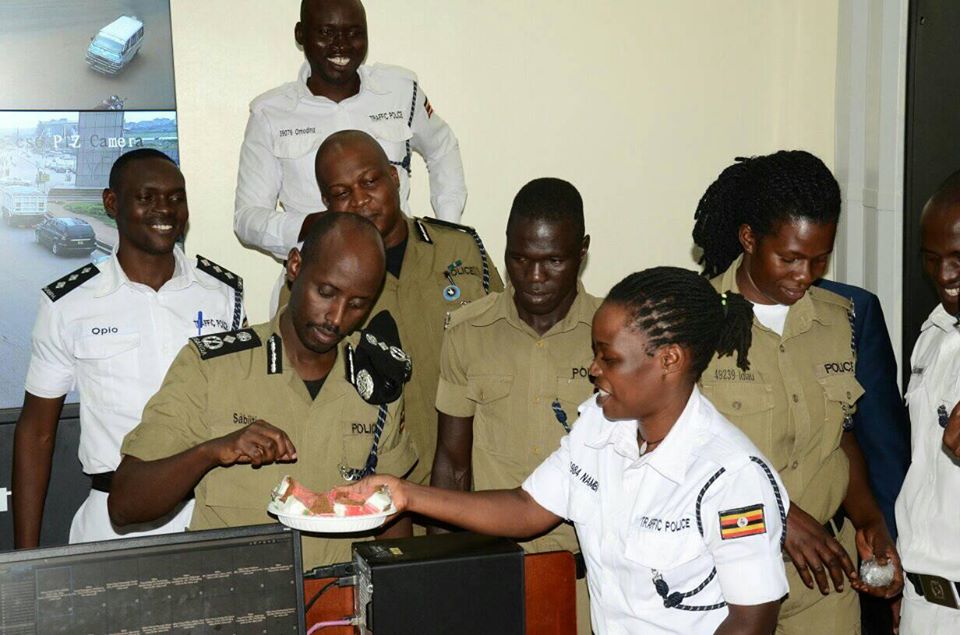 “Take the case of Nagirinya. When she was kidnapped, the relatives, immediately, informed the Police of Kibumbiro Police post at Nateete, by about 00:43 hours. The officer there should have informed all the Police units and patrol cars and the camera centres about the type of car that had been hi-jacked. The cameras then would track that vehicle and those criminals would have been arrested or killed before they abandoned the car at Nateete, after dumping the bodies of the victims in Mukono,”Museveni said.

He said police officers at Nateete were asleep and only wakeup to “retrieve” pictures from the memory of the cameras.

“You are not only supposed to retrieve pictures that happened some hours ago. You are supposed to watch live and tell the patrol vehicles to act promptly,”Museveni said.

Consequently, the officers on duty on the fateful night were arrested, arraigned before the police disciplinary court and consequently convicted over negligence.

Rain washes away Christmas festivities as many stick indoors

Rain washes away Christmas festivities as many stick indoors