On a day Proline continued with their fine form in maiden continental show, Boogere too was a thorn in the Rwandan side’s foot after netting a brace that saw his time earn bragging rights at Lugogo.

The striker opening the score, only 18 minutes after kickoff when he headed home off a good placed cross from veteran Hamis Diego Kiiza who controlled the ball well in the enemy’s 18-yard box to lay a cross.

Boogere did what he knows best- score Proline’s opener, to send the fans into frenzy on a wet Saturday evening at Lugogo.

The home side continued their dominance and it was not long when the youngster was at it again with his second goal of the afternoon to make it two-nil for Proline and they were now in the driving seat.

However, in the middle of the first stanza, there was a heavy downpour that continued until towards the end of the game and this spoilt the day for the hosts who are well known for passing the ball.

The wet and waterlogged pitch could not allow them pass the ball as they are used to and had to resort to long balls to try to beat the enemy.

However, for AS Kigali, the rain could have saved them a lot as they dominated the entire second half.

They made numerous attacks towards the Proline goal and it was not long when they saw the back of the net.

In the 82nd minute Farouk Ssentongo’s well-taken shot went past the Proline goalkeeper to turn things around at Lugogo. 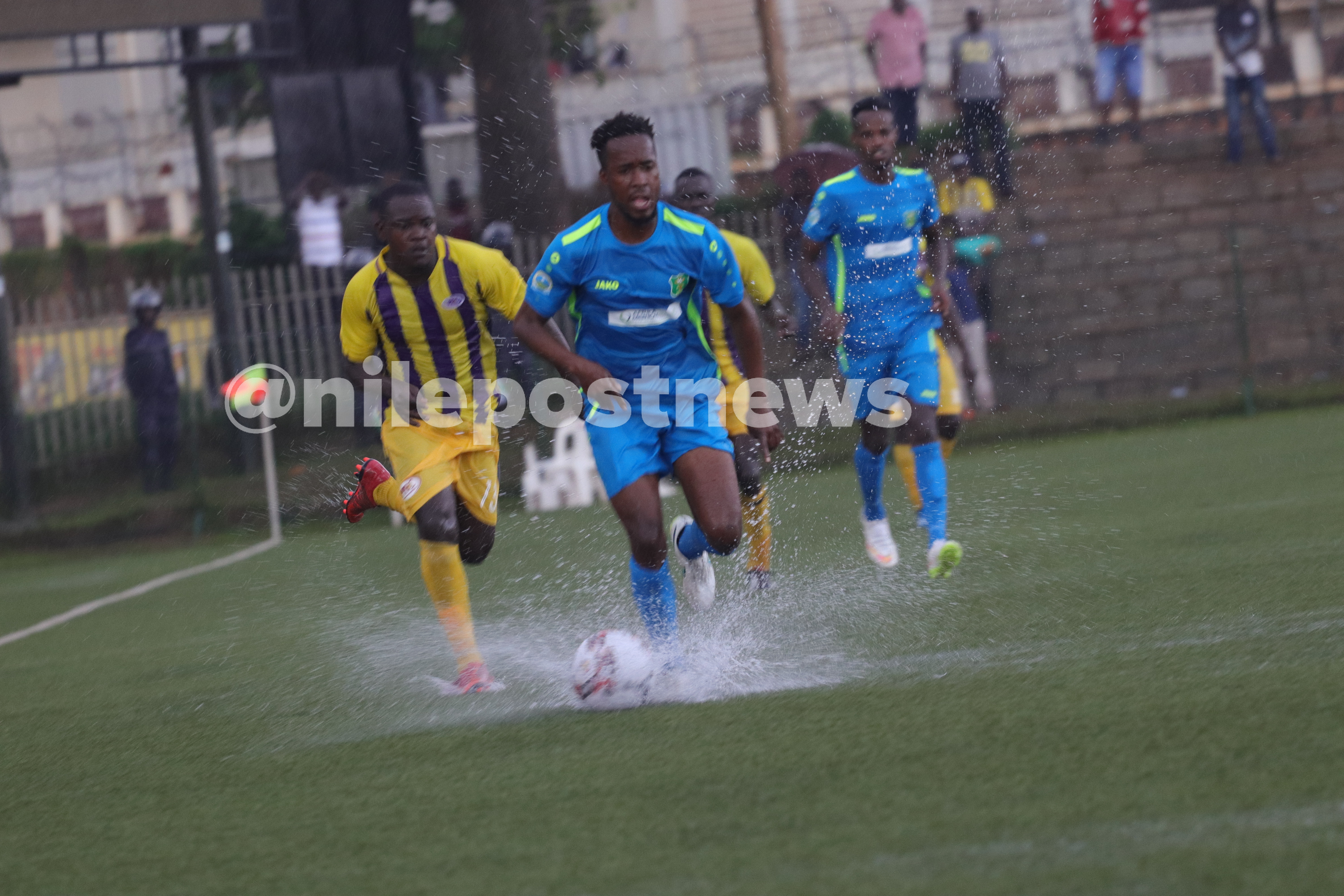 The goal sent panic into the Proline team as any other goal would send them packing but they were lucky enough that time was not on the visitors’ side and it was not long until the centre referee blew the final whistle that ensured the game ended 2-1.

Proline progressed on a 3-2 aggregate after the first game ended in a one-all draw.

Proline head coach, Matia Lule admitted his team didn’t play well, especially in the second half and noted they were only lucky.

“We didn’t play at all in the second half. We had a good game in the first half until it rained and it required a physical game where we were outsmarted by the opponent because what we know best is passing the ball,”Lule said.

He insisted that his team is still a work in progress having conceded yet another goal on the continent.

For AS Kigali coach,Eric Nshimiyimana, his time didn’t start off well and this contributed to their downfall.

“By the time we organized ourselves, it was too late,”Nshimiyimana said.

Proline, just like KCCA FC who were knocked out of the Champions League will now wait for draws next week(Friday) to know their next opponent in the next Caf Confederation Cup qualifying round.

DETAILS: Why Magogo stepped aside as FUFA president