Minimum wage is here to fix our labour export troubles

Minimum wage is here to fix our labour export troubles 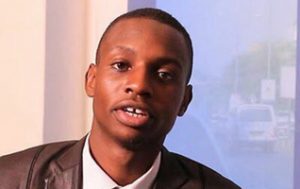 Over the last two decades, Ugandans especially the youth have resorted to seeking employment abroad mainly in Asia, and the Middle East.

The trend has grown overtime and today everyone looks at the Middle East as the only way to escape the gross unemployment among the youths.

Thousands of Ugandans however, have been caught up in this modern day slavery disguised as exported labour. Majority have had to pay a high price as they are out there hustling in foreign countries to make ends meet.

This is basically because they have failed to get any guarantees that they will find good jobs here at home that will pay them enough to keep their lives running.

Despite the fact that getting a job here is as difficult as grasping a shadow, finding a well-paying one is almost close to impossible, especially for the semi-skilled labour.

Everyone would want to work and earn big in their own country, it brings much satisfaction knowing that it’s your country that pays you, and from what it pays you you help build it as well. This is the ideal way of how things should work.

But in the realist world, we can only understand if this is not as perfect as we would have loved it to be.

Nonetheless, there should be acceptable extends to which Ugandans are able to work within their country and enjoy it without feeling exploited and unappreciated hence the urge to run away, causing brain drain in the long run.

The cost of living in Uganda today has more than doubled compared to what it was 15 years ago.

The most perplexing bit however is, as the cost of living continues to increase, people’s wages have remained fixed and static.

The correlation in this phenomenon has shamelessly been ignored by employers. On the contrary, wages have been cut under the pretext of increased cost of production.

As much as it’s good to gain international experience, there should be enough options and choice for one to decide on their own whether going to work abroad is in their best interest.

Abroad should be looked at as an equitable labour market where one should go not because they are disgruntled at home by the meagre pay.

There have been arguments that the new wage bill if signed into law will lead to unemployment.

Unemployment has been Uganda’s biggest problem for the last 30 years, and so, thinking it will only come after the bill is quite unreasonable.

Besides, what good does it make if people are employed in the worst working conditions and being paid peanuts not even enough to guarantee them two meals a day.

What has been happening here is sickening and quite disturbing, no one should have to work just for the sake of working.

Everyone should work to earn a living not survival.

The average cost of rent in Kampala today is Shs150, 000. Why then should this person earn the same amount equal to their rent?

I was interacting with a young lady of about 23 the other day at the petrol station.

She graduated last year and was desperate to work so as to support her parents who have already given up everything for her education.

After so much struggle, she finally landed this petro station job. Not exactly what she had studied or hoped for, but in the absence of choice, anxiety sets in.

So she at least uses Shs 6,000 a day. She works from Monday to Monday.

This means at the end of the month she will have used Shs 180,000 on transport and lunch alone. What about other costs?

All she can think about now is going to UAE to seek greener pastures_ or so she thinks! From what has been going around, the Middle East isn’t at all a bed of roses, especially for girls.

They have been underpaid, raped, worked as slaves and others have been killed. Abroad, Ugandans are forced to leave under the worst conditions in order to save from the small money they earn to be able to bring some back home.

A Ugandan in Dubai on average earns Shs 2 million.

Dubai being a very expensive city, with this money you can’t do much.

If you compared this with someone who earns half that money here in Uganda, the latter is far much better given the cost of living here.

If there was a reasonable minimum wage in place, Ugandans might not have to go through the suffering abroad.

Everyone would love to stay, work in, and build their country.

The deaths, the rape and syndicated arrests alleging drug trafficking would all be avoided, or least curbed down.

Minimum wage if well negotiated and widely consulted will be the best thing to ever happen in the Ugandan labour market.

Workers will be empowered, the quality and quantity of output will be boosted, corruption will essentially reduce, employee-employer conflicts will be reduced and the government will earn more taxes from the citizenry since everyone’s salary will be documented.

Let every Ugandan worker rally behind the ministry of Gender, Labour and Social Development and call upon the president to sign this bill, it’s been long overdue!