Uganda will be hoping for a change of fortune at the Mr. Africa International competitions that will be held in Luanda, Angola in November this year after failing to get to the finals in the Ivory Coast last year.

Stephen Sunday, a 27-year-old men’s physique competitor, fitness model, and trainer with the Uganda Bodybuilding Association, will represent Uganda at this year’s tournament.

Our reporter spoke to him to to learn more about what he thinks this means to him.

Tell us about yourself

You will be representing Uganda in Angola this November, how does this make you feel?

Now that I’ve done it twice, I feel more assured, and I’m always thrilled and delighted to represent my favourite nation, Uganda, the pearl of Africa.

How were you selected to represent Uganda?

I participated in the competition last year, in 2021, and finished fourth in the preliminary beach body category.

Representatives from 20 different African nations participated, and I qualified for the finals in Ivory Coast. However, I was unable to attend because of the pandemic situation in Uganda.

Since I placed among the Top 5 in the beach body category this year, I was given another opportunity to hoist the Ugandan flag.

How long have you been in this fitness and body building thing?

I started my fitness career in 2015. Though I didn’t take it that serious or professional until 2017.

Tell us something about Mr Africa Competitions. What is it all about?

This competition is about good physique and fashion, representing your own country traditional
outfits, culture and being confident enough to show the world who you are and where you come from. 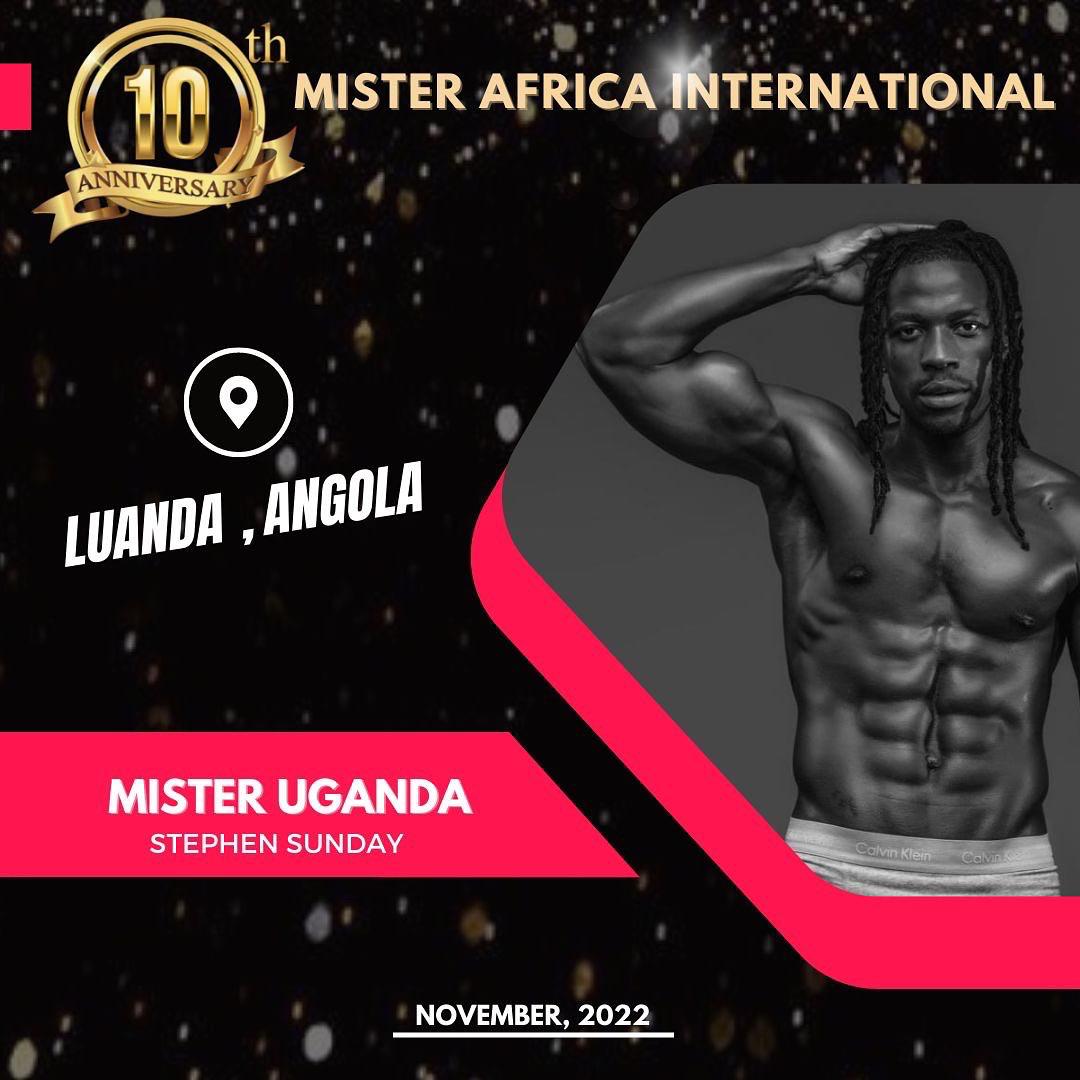 Since inception 35 countries have sent their representatives to the event. The winners typically travel to different countries during their reign, promoting the Mister Africa’s advocacy which is to promote Talent (skill acquisition ) and Education in Africa. The winners also use the platform to push their personal projects. For example , Akol Dok of South Sudan , the 2015 winner, used the platform to build a school in his home town.

Any message for the people you inspire?

I would like to tell people that I inspire that I’m glad I inspire them. They should remember one thing; that if you force your mind to say that I can do this, you will do it. You should get up early and start working on that lifestyle you promised yourself.