The newly appointed Chief of Defence Forces in the UPDF, Gen Charles Mbadi has thanked President Museveni for having faith in him to serve at the apex of the army.

The newly appointed Chief of Defence Forces in the UPDF, Gen Charles Mbadi has thanked President Museveni for having faith in him to serve at the apex of the army.

President Museveni, who is also the commander in chief of the armed forces on Thursday promoted Mbadi to the rank of General and consequently appointed him as the new CDF to replace Gen David Muhoozi who was recently appointed as the Minister of State for Internal Affairs.

Speaking to Nile Post at his office in Kampala, Mbadi, the former ADC to the president said the new deployment is a sign of trust from the commander in chief.

“From a personal point of view, it is another milestone in my career but from the institutional and national perspective, it is a big responsibility that I commit myself to deliver to the best of my ability,” Mbadi said in an interview with this website.

Mbadi, who becomes the ninth commander of the UPDF but the second from Kasese after Maj Gen James Kazini said his work is cut out since there is already a framework in place to guide him on what to do as CDF.

He insisted that he will only be adding a brick or two to what his predecessors have already started.

“There is a framework which is the Constitution and UPDF Act and that’s where my work starts from. It’s about adding a brick on what my predecessors have already done with guidance from our commander in chief to build a modern, professional, effective and efficient force that can take care of security interests of Uganda,” he said.

Asked about his ambitions as the professional head of the UPDF responsible for the administration and the operational control of the Ugandan army, Mbadi was quick to point out a well-trained, well-equipped, well-supported army as things he would love to see.

“I would like to see a well-trained, well equipped, and well supported in terms of logistics and within an enabling working environment like barracks, offices and other social service infrastructure. It is a matter of us adding a brick or two what others have started.”

In the past months, the UPDF’s name has featured in not-so-pleasant conversations, especially towards and during the just-concluded January,14 general elections.

The November 18 and 19 protests after the arrest of National Unity Platform presidential candidate, Robert Kyagulanyi, also known as Bobi Wine saw over 50 people killed, other injured whereas hundreds were later arrested in the resultant crackdown on the masterminds of the deadly protest. .

There was also a crackdown especially by security forces and other government agencies on several civil society organisations and opposition players, mostly Kyagulanyi and his National Unity Platform supporters.

Following the January 14 polls, several NUP supporters have gone missing before government later admitted that there had been arrested by security organs.

The US government recently said security organs are largely to blame for these human rights violations and consequently slapped sanctions on some Ugandan officials. 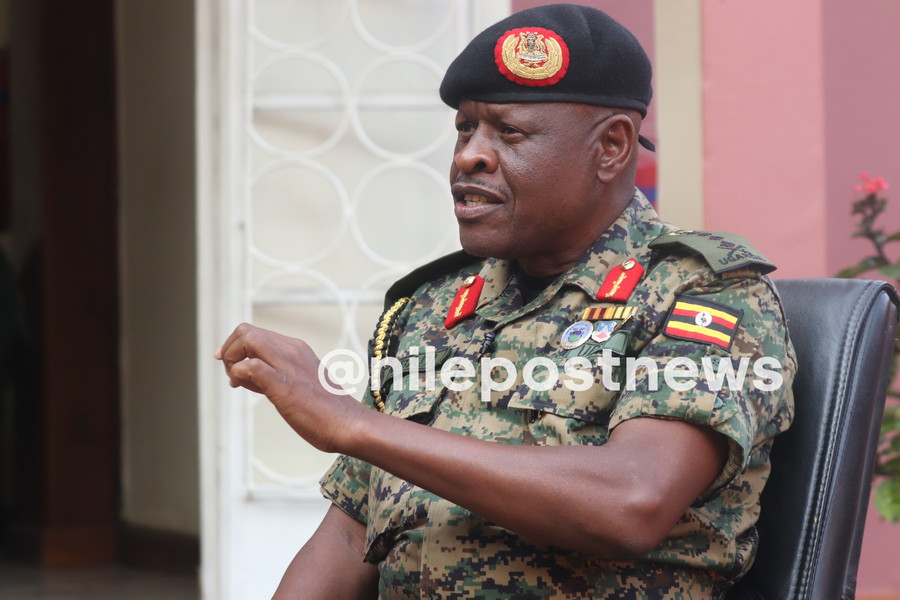 Asked to comment on the matter where the army’s image has been tainted by some of the actions of its men, the new Chief of Defence Forces chastised the media for exaggerating the incidents.

“I think the media has hyped this because we have a framework in place ready. You generalize yet these isolated incidents are by individuals. We have mechanisms in place to penalize those who deviate from the establishment. When you go for an operation, there are rules of engagements and if you go out against these, you are penalized,” he said.

According to Mbadi there is the UPDF Act 2005 and the Unit Disciplinary Committees of the UPDF to check errant officers who deviate from the line of the army.

He insisted that the UPDF will always be a people’s army and that anyone who goes against the same will be penalized.

Uganda is set to receive at least 586,080 Sinovac and AstraZeneca Covid-19 vaccines this week, the Health Ministry has confirmed....