What is President Tshisekedi planning to do as two DRC provinces go under siege?

The two provinces went under siege for 30 days starting on Thursday, May 6

Dozens of armed groups have operated for years in the Democratic Republic of Congo’s (DRC) North Kivu and Ituri provinces, and civilians have been subjected to horrifying massacres. Armed militias and inter-communal violence have killed more than 300 people so far in 2021.

Presidential spokesman Tharsice Kasongo Mwema said on Tuesday that the two provinces would be declared under siege for 30 days starting on Thursday, May 6.

“To respond to the situation during the state of siege, the provincial governments of Ituri and North Kivu … will be replaced by offices of the armed forces of the DRC or the national police,” he said.

It was the first time since the Democratic Republic of Congo’s independence that a president used the exceptional “state of siege” or state of emergency.

President Felix Tshisekedi said he wanted to eliminate insecurity in the two provinces, where the Congolese government has failed to enforce the rule of law.

“There is a security vacuum, a judicial vacuum, and economies that are out of the central state’s control,” said Pierre Boisselet from Kivu Security Tracker, an organization dedicated to mapping out conflict in the DRC.

“So some armed groups take advantage of this vacuum.”

The military and police will take over positions from civilian authorities for a month, starting this week.

Their goal is to break a cycle of violence where armed groups in the area prey on civilians by taxing and abusing them, while benefiting from illegal economic activities. Ituri province will come under a ‘state of siege’

The move to put military and police officers in jobs usually performed by civilians has faced criticism, because the Congolese army has often been seen as part of the conflict.

“They’ve sometimes provided arms and other support to rebel movements. The local population often sees the national army and the national police as one of the reasons why the conflict has continued to escalate rather than as a solution,” according to Phil Clark of London University’s School of Oriental and African Studies (SOAS).

Evariste Iragi, a Congolese legal researcher, said the state of emergency is allowed under the Constitution to fight a threat that could prevent institutions proper functioning properly. 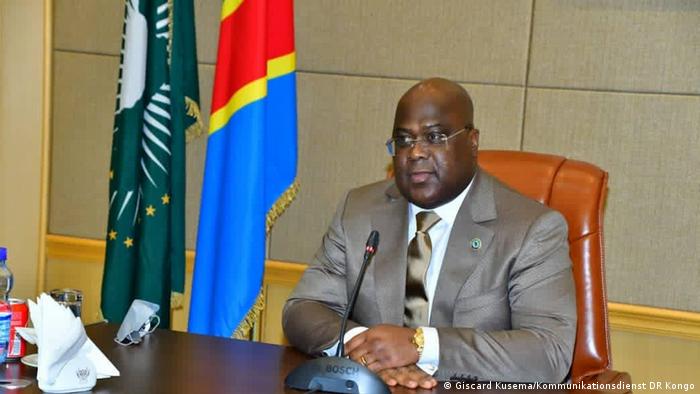 Yet, the move is a double-edged sword.

“It is an exceptional period which restricts citizens’ rights and liberty, such as free movement, expression, right to demonstrate,” he told DW.

“A move like this can have serious consequences on the daily life of the population.”

No peace in sight 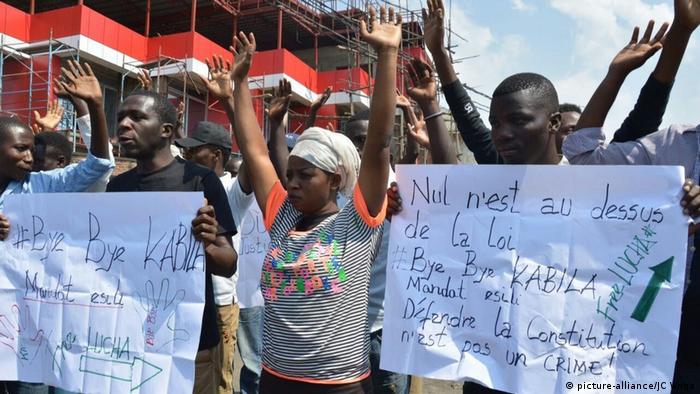 ‘Lucha’ or Fight for Change, is a Congolese civil organization based in Goma

The group instead wants the army strengthened, and local engagement to develop strategies that meet the expectations of the population.

“But strengthening the army does not mean declaring a “state of siege.” It means providing the necessary logistical means,” said Ghislain Muhiwa, a Lucha activist.

“We also propose a dialogue between the government, civilians and MONUSCO (the UN mission in the Eastern DRC). From this dialogue, we will unearth the real problems, and it is from this that we will decide whether it is worth declaring a ‘state of siege’ or not.”

But rebuilding state control is very difficult, which is why the conflict has gone on for over two decades, according to Boisselet.

“The armed groups there are ingrained, and they know how to generate income,” he told DW.

Boisselet added that state military is poorly paid — if they are paid at all — and this is a consequence of the Congolese state’s structural failings. 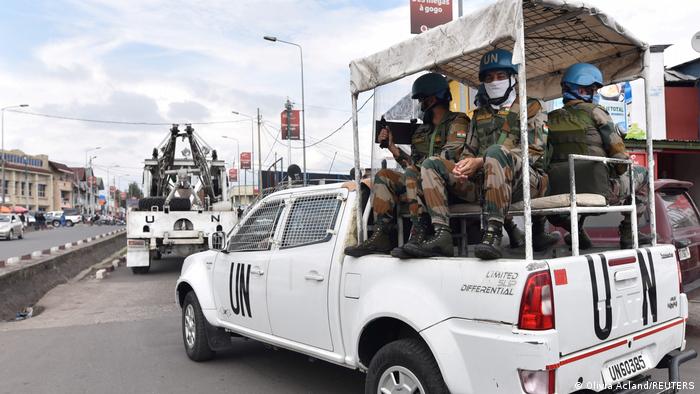 Peacekeepers serving in the MONUSCO patrol in Goma

While many agree the extreme violence in the Ituri and North Kivu warrants special attention, Clark said regional politics may also be behind the move.

“These are also provinces controlled by the opposition, some provincial governors who have been quite vocal critics of the president in the past,” Clark said.

“What Tshisekedi is also saying to the population of eastern Congo is whenever the opposition rules the provincial government, you get mass violence, you get this mass insecurity.”

DW’s longtime DRC correspondent, Saleh Mwanamilongo, pointed out that Tshisekedi is wary of declaring a similar action in South Kivu to avoid upsetting armed groups with ties to eastern neighbors Rwanda and Burundi.

“People are waiting to see if he is doing this for the good of the people, or just some people only,” he said.

Tshisekedi has also asked France for help “eradicating” the Allied Democratic Forces (ADF), Islamist fighters based in eastern DRC since 1995.

Branded a jihadi organization by Tshisekedi and the United States, the ADF has killed more than 1,200 civilians in the Beni area alone since 2017, according to Kivu Security Tracker. 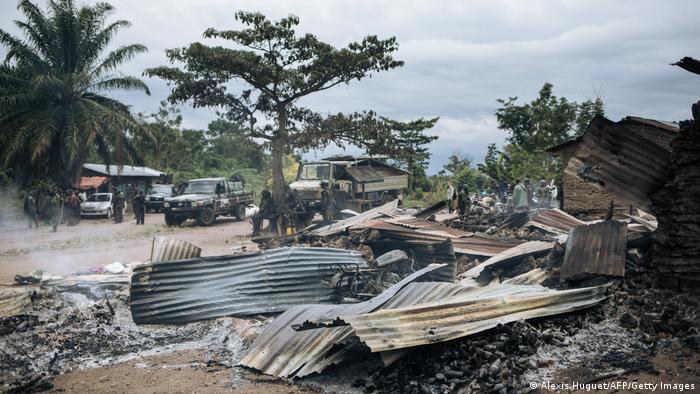 The real challenge over the next months is for the Congolese army and police to show they can deal with the ADF, said Clark.

“The ADF is Congo-based, it derives most of its power and influence from Congolese territory. If the police and army fail, it will really reduce the legitimacy of Tshisekedi’s government,” he told DW.

Sam Evidence Orikunda When a relationship or a marriage between a man and woman fails, one is supposed to move...

Opinion: Where is your Mask? Go back and get it!

Police have together with the Health Monitoring Unit...

20 days spent in ICU at IHK, Nakasero, Victoria, Case hospitals will cost you money worth a house in Gayaza, Kira