Welcomed home after detention (All photos by Zainab Namusaazi)

At least 17 people attached to the opposition National Unity Platform (NUP) party, that had been taken by security forces have been dumped in Kyotera in intervals sparking celebrations.

There was ululation in intervals, celebrations and reunions when the 17 were dropped one by one at specific locations in Kyotera, bringing an end to the search for the missing persons for the last two months.

Those dumped also include supporters of the Democratic Party and according to witnesses, many were dumped off in areas of Kalisizo and Kyotera in the wee hours of Tuesday.

According to relatives of the persons, some of them appeared as early as 1:00am. They were dropped off in Kalisizo town council.

Some of the returnees who spoke to NBS TV refused to reveal where they had been kept all this time, but confirmed they have been eating, drinking and living life quite normally. 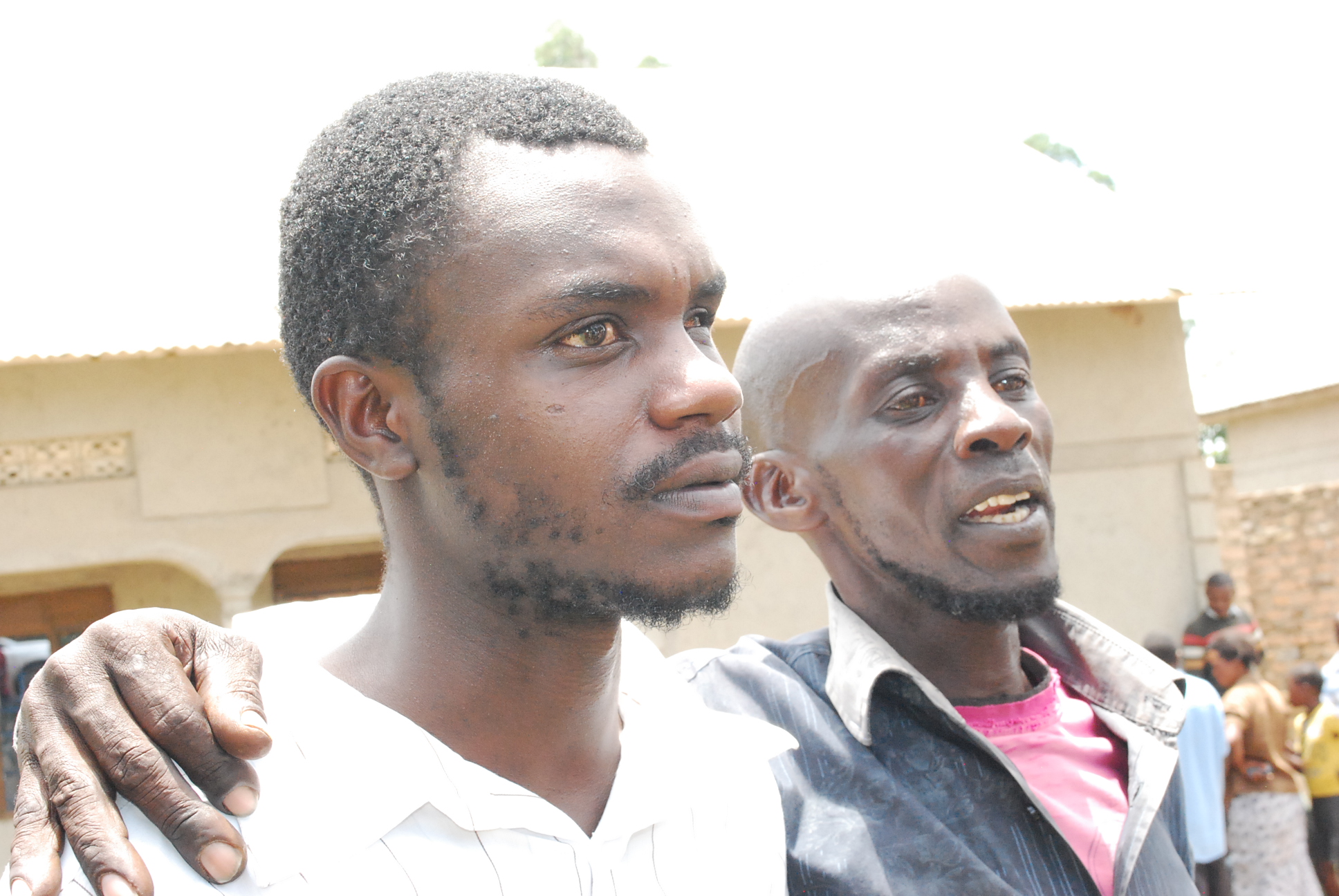 Suleiman Kyambadde, one of the returnees claimed they are resorting to keeping quiet because they could put several of their colleagues in trouble.

“There is a lot to say, but we can not say it because several of our colleagues are still in detention,” he said.

Their relatives say the returnees have been cautioned not to say anything because those who took them will return and fetch them.

“There are quite a number of detentions, there are those who were in Bangkok, and others in a place called Beijing. I have been in Bangkok and can not tell you its location,” Kyambadde said.

Kyambadde said they were charged with terrorism and rioting.

Another returnee, Yuda Kiwanuka dismissed claims of torture, saying he has been well.

“We were looked after so well, those who wanted posho, rice, meat or chicken ate in plenty, no one was beaten there,” Kiwanuka said. However, Patrick Kisekulo, the LC V Chairperson for Kyotera district, condemned the illegal arrests. He asked government to observe the law when arresting people and produce them in court in time.

Kyotera woman MP Fortunate Rose Nantongo thanked the government for releasing the 17 people who had been in detention. She said that they continue to demand for George Kasumba who was not released with the others.

Uganda to venture into space technology

Uganda to venture into space technology