Singer and Lord Mayor hopeful Joseph Mayanja alias Jose Chameleone has legally dumped his Chameleone name and declared he will be henceforth referred to as Mayanja Joseph.

Mayanja who is hopeful to become Kampala’s Lord Mayor made the decree through a deed poll in which he renounced his stage name. 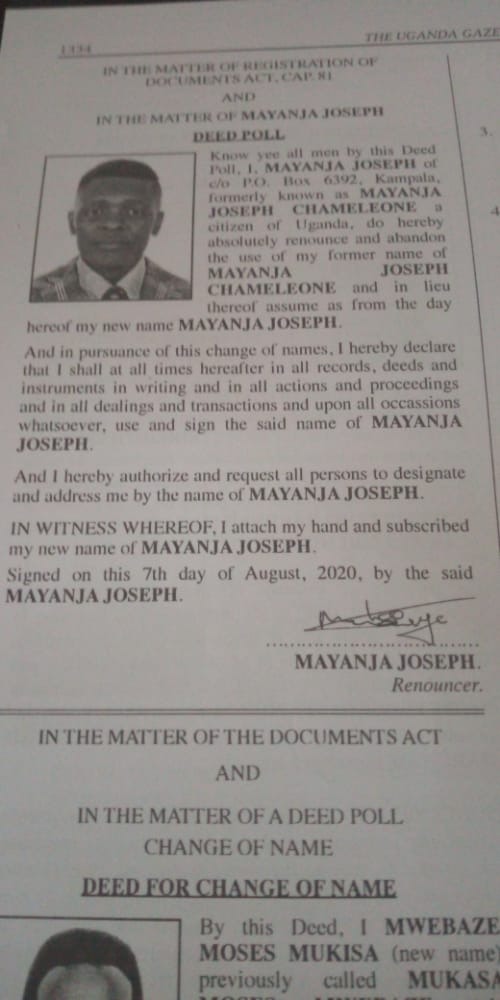 By the deed poll, Mayanja declared he shall at all times in records going forward sign transactions, deeds and instruments under his new name.

“And I hereby authorize and request all persons to designate and address me by the name of Mayanja Joseph.”