Several houses that were erected near Lake Victoria shores, as well as hotels and other facilities, are paying the price for infringing on nature.

Currently, Uganda is experiencing an increase in water levels in Lake Victoria due to an enormous amount of rainfall.

Lake Victoria on account of a lot of rains since August 2019 has registered its second highest in terms of water levels ever since Uganda started keeping records.

In a communication from President Museveni on Sunday, he claimed that the lake water levels sand at 13.2 meters at Entebbe which is the second-highest from 1964 when the lake rose to 13.4 meters.

“in 1964 when the lake water reached so high, it flooded all the piers and destroyed the lake transport of that time,” Museveni said. 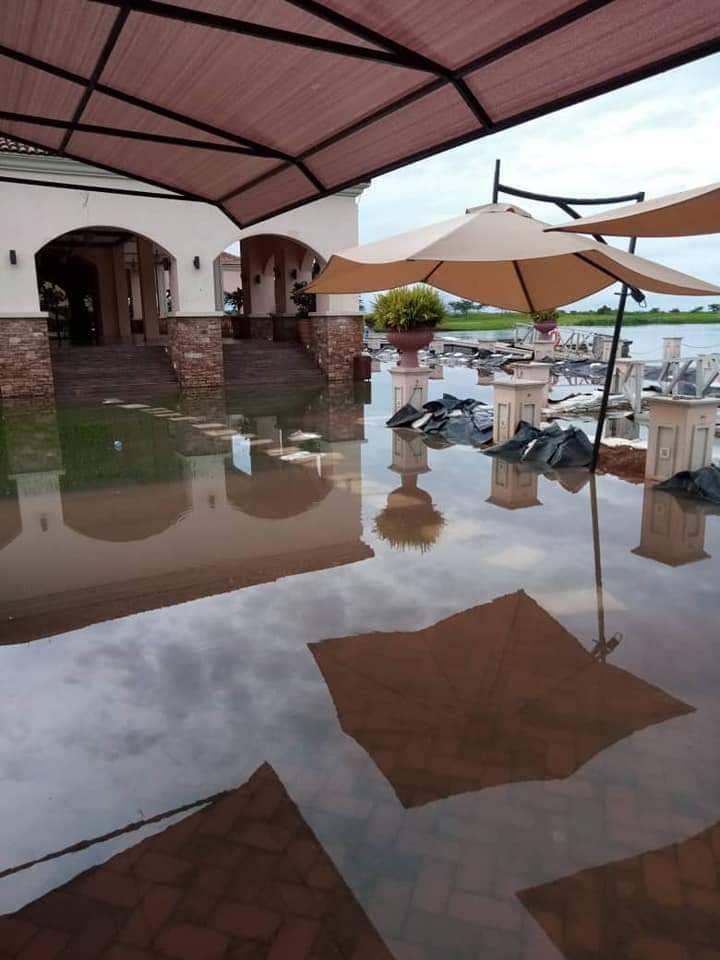 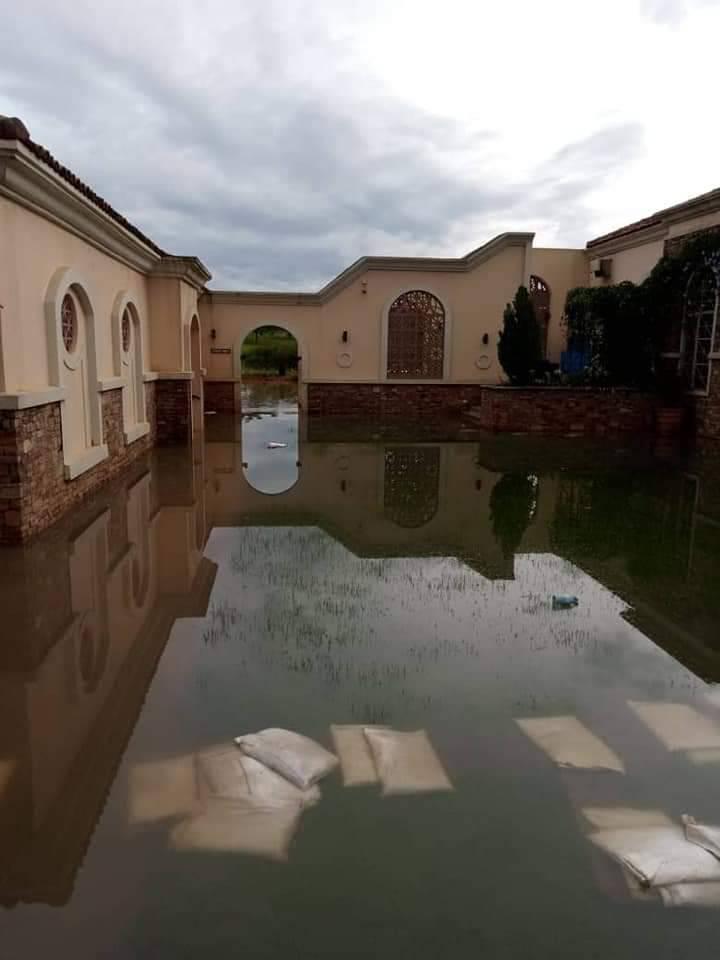 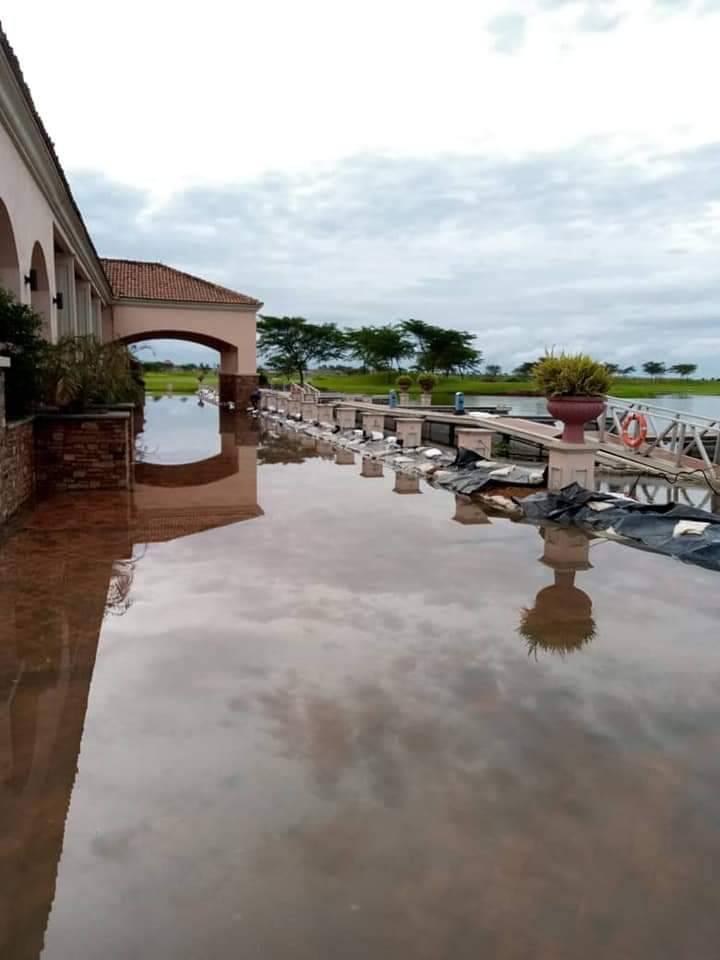 Again while inspecting works aimed at clearing a floating island at Nalubaale dam on Sunday, President Museveni said attributed the matter to the swelling volumes of water in the lake.

“The bazukulu have not seen this in a long time because we never had so much water. Now we have spare water, it is no going through the powerhouse and we have to release it here,” he said.

The floating island is just one of the few things that have been claimed by the lake in revenge.

NEMA officials claim that the island that moved from Kirinya was due to environmental degradation.

“The people are supposed to leave about 200m from the lake, but that does not happen. Now this island even has people’s gardens,” officials said, and Museveni later that evening reiterated.

“Please move away when it is still early, do not disrupt nature because it has its way of revenging,” Museveni added on Sunday. 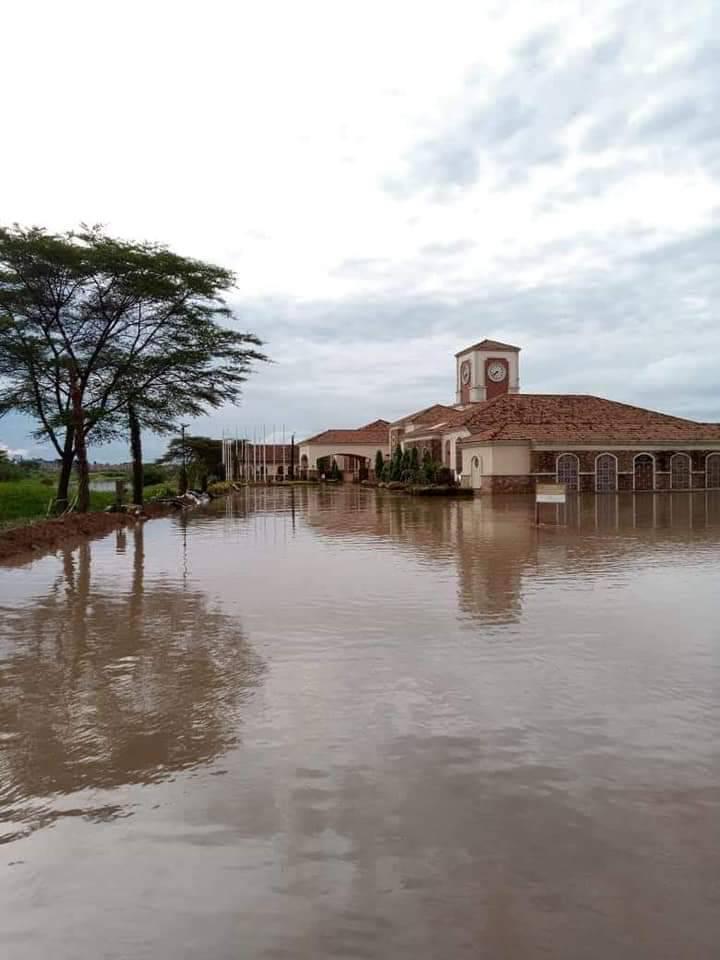 Indeed, several facilities have already witnessed the wrath of nature with Serena Kigo being submerged early on.

In different pictures and video clips on social media, a part of Serena Kigo is spotted to have been invaded by water from the lake.

The entire section of the golf course has been eaten away by the lake, while sandbags that were blocking the water near the hotel end have since been sunk by the water.

The reception area of the hotel is nonexistent, it now looks like an original shore of the lake where this executive hotel sits. 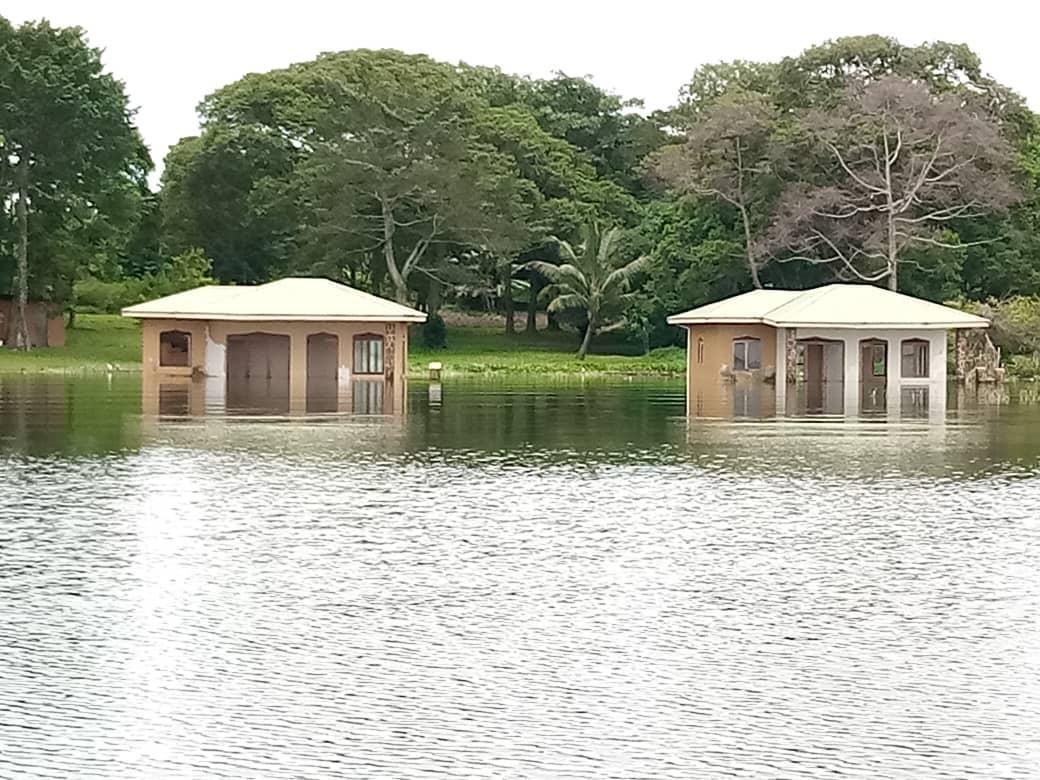 Pineapple bay in Bulago islands is also being swallowed by the lake in intervals. A chunk of the land that houses some housing units has disappeared into the lake, leaving the structures to the wrath of the lake. The tycoon’s multi-billion home which he one time called the best residence in Africa sits several meters within the lake and now he is having a war with the water.

Pictures on social media and in New Vision show a huge amount of the water has taken his entire compound with it. The tycoon has not used the same compound for 2 months now as it is now part of Lake Victoria.

An entire section of Protea Hotel has been overpowered by lake water. A video making rounds on social media show water invaded the biggest percentage of the hotel with heavy waves.

With the lake continuing to reclaim its space, many tycoons that have built into the lake space with impunity are now of the receiving end.

A walk around the houses near lake Victoria gives an exact picture of what it means to disrupt nature, but still, it is not about to end as experts warn for more flooding of the lake.

Experts warn
Environment experts have predicted more flooding along the shores of Lake Victoria.
The Commissioner for Water Regulation and Management at the Ministry of Water, Dr. Caliste Tindimugaya, says that the floods could get worse due to the rains and increasing inflows from mainly River Kagera and other rivers that pour water into Lake Victoria.