Have you finished your homework or do you want this cane?

A child does their homework by streetlight in Kampala. (Photo by @_pensioner)

It has been said that, “Doctors bury their mistakes. Lawyers jail theirs. Journalists publish theirs.” A story that briefly flashed in the news and vanished surprisingly fast, despite touching on our health, ran in The New Vision of February 25, 2020. The story was entitled, “6 Medical Schools Below Standard.”

Not hospitals, not government health policy programs but medical schools. The very heartland of our medical care that produces all the doctors and nurses and personnel that man the health sector is gravely unwell. So unwell that the East African Medical and Dental Practitioners Regulatory Council recommended these schools do not admit new students in the new academic year and some close. 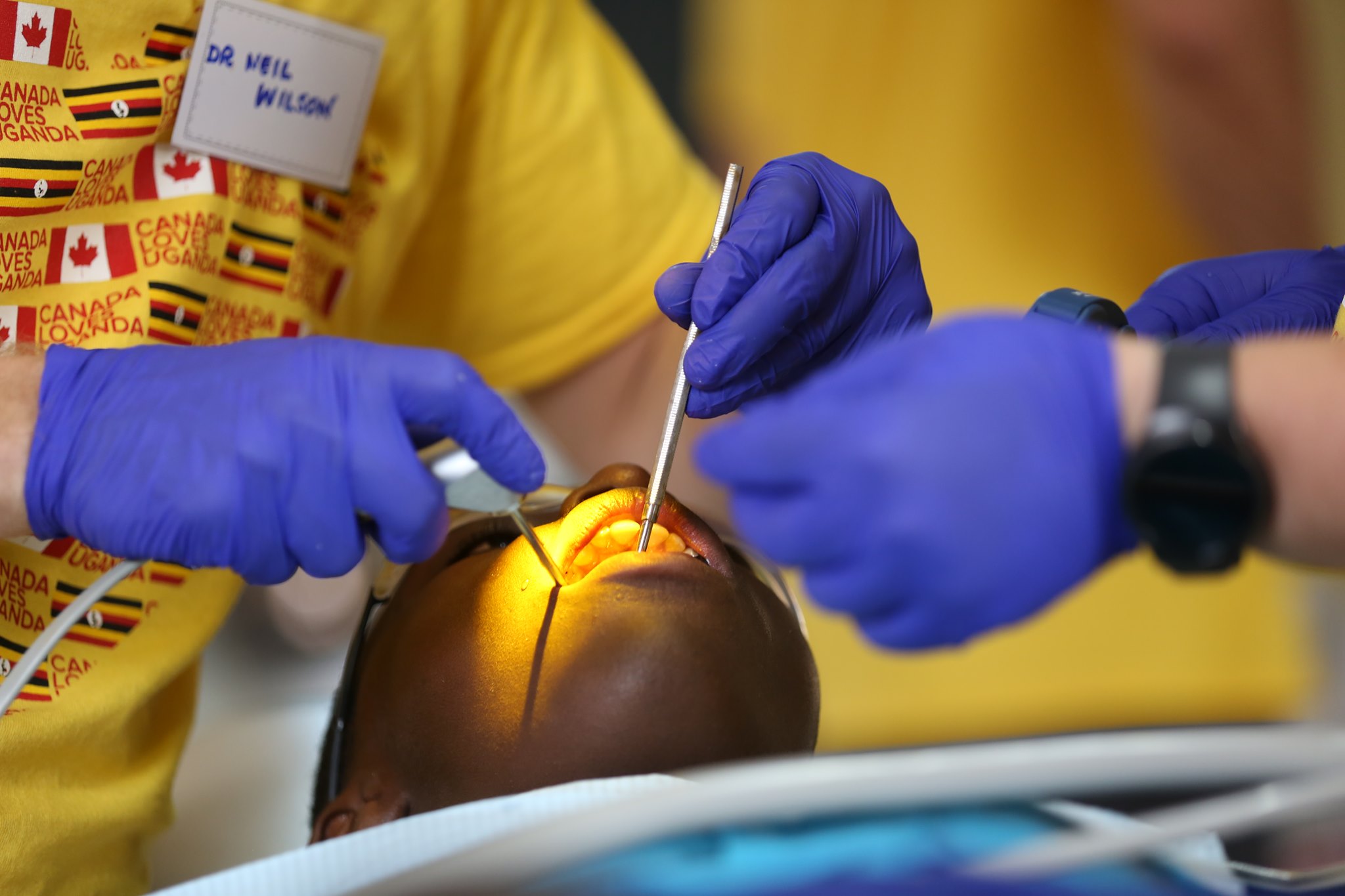 Not mentioned in the report is how many medics have passed through these schools or where they are operating from now. Pray you do not end one day, head back, mouth open, eyes closed in one of their dental chairs, helpless as the anaesthia kicks or worse fails to.

I’ll throw a welcome party for my National ID

In today’s Uganda, you cannot open a bank account, receive your salary if you work for a government entity or apply for any national service you are entitled to as a citizen unless you possess what has become the most coveted document: the national Identity Card.

In fact, the two items victims of robberies or accidents or just plain thoughtlessness most dread losing are the national ID and their phone simcard number. If you do not have the first, give up on getting a replacement for the second. It is the law.

It may have seemed like a joke when tweep Eddie Pages announced, “The day I will receive my national ID, I will throw a welcoming party for it,” but that is how many Ugandans feel about it. Getting a national ID, which should be a right not a privilege, is no walk in the park for many ordinary Ugandans. Savior Baliks recalls that, “I have done everything. After going through the trouble of getting GISO, DISO letters and with all the citizenship review forms, my national ID has not come out after a year’s wait.”

Angel Dalia can testify, “Woke up early went to NIRA in 2018, registered for a national ID all processes were done, they told me to give it three months. It is now two years. Whenever I go to check on it, they tell me it’s not ready yet. Welcome to Uganda.”

Their frustrations, all 17 million Ugandans, were confirmed Thursday, March 5 during a parliamentary sitting. The Minister of State for Internal Affairs Obiga Kania admitted that 16.8 million Ugandans over 16 years of age who had registered with the National Identification and Registration Authority (NIRA) had not received their National Identity Cards.

Kania had the figures to put numbers to the sorrow. 29,343,615 Ugandans have registered for national IDs, only 15,227,171 of those Ugandans have so far received their IDs. 14 million Ugandans are on a wait list, the thousands you see visit Kololo grounds every morning and return defeated that evening. 2,713,413 have no chance of receiving an ID because the process of working on their documentation has not even started. Welcome to Uganda!

If you take aim at the king, best not miss: Lt Gen Tumukunde takes his shot

A man in age and time begins to care what people will say of him when he is dead and gone.

The letter would not reach the public for several days after he wrote it on Friday, February 28, 2020 but Lt. General Henry Tumukunde’s did. Dropping with all the impact of a bomb blast. Uganda’s former security minister, one of its most decorated spy masters, a blue blood insider, wants to run for the presidency in the 2021 general elections. The first step toward this; inform the Uganda Electoral Commission that he wishes to consult with his possible electorate.

Coincidentally, Tumukunde issued this letter on his birthday as he was born February 28, 1959. Of, no doubt, great interest to those who will attempt to stand in the way of Tumukunde’s ambition is this part in the letter, “My consultations will extend to the currently existing political groupings and/or political parties, security agencies and law enforcement agencies, the rural population, especially farmers, urban dwellers, the youth, women, entrepreneurs, the elderly, public servants at both national and local government levels, regulatory government institutions, Civil Society Organisations, religious leaders, to mention but a few.”

Then he adds, “I will be consulting on local as well as regional and international security issues, economic development, social cohesion and political harmony.”

Did you do your homework?

On the night of June 23, 2015, on a side street in the capital of Philippines, Joyce Gilos Torrefranca saw a sight that moved her heart. She stopped and did what many of us do when we come upon a scene that shocks us today: she lifted her smartphone and snapped a photo. 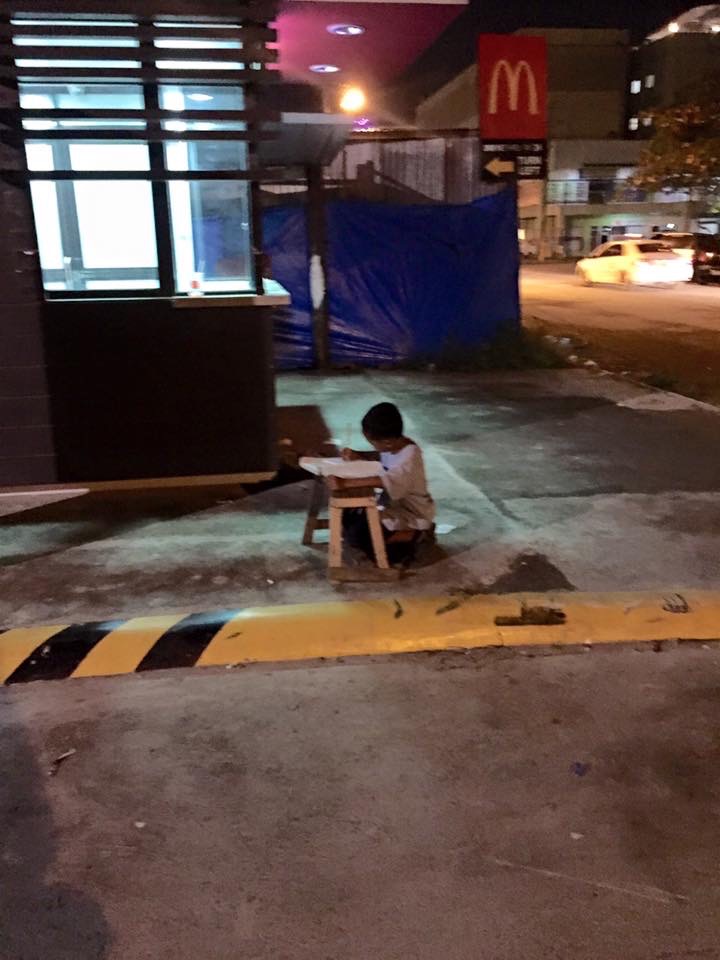 That photo was of a nine-year-old boy Daniel Cabrera doing his homework on the street by the light of a MacDonald’s restaurant. His family was homeless after a fire destroyed their house. Cabrera was doing his homework in the street as he waited for his mother Christina Espinosa worked in a store metres away, waiting for her.

Many who saw it concurred that, “It is a true example of parenting at its finest-valuing education even in the darkest of times.” That photo helped to change Cabrera and his mother’s life as a world with good will poured whatever donations they could their way.

There will be no one changing Irene Nambalirwa’s life. Nambalirwa lies in the cold earth and her bricklayer father sits in a police jail cell in Kawempe awaiting his day in court. On Monday, March 2, 2020, her father returned home to find the cheery Nambalirwa had not done her homework.

The seven-year-old girl was outside the house, playing with friends, as the day waned and the moon peered shyly towards the night. He was tired, with too little money in his pocket, angry and tomorrow would not be better though her school would demand he pay her school fees. Or she better stop coming to school. And she had not done her homework yet. She was playing, in the little money he had.

Warning her step-mother to step back, he unleashed a thrashing on Nambalirwa meant to cure her of her playfulness. Her wails willing him to more savagery, “spoil the rod and spoil the child” from his own childhood throbbing in his ears and head. No child of his would ever be as lowly as he lived. Neighbours, summoned by the fearful step-mother, men from the neighborhood pulled him off her. But he had taught her a lesson. Too well.

Kampala Metropolitan Police spokesperson Patrick Onyango confirmed that after lingering for hours, whimpering in her bed in a clinic in Kanyanya, Nambalirwa died as a result of the severe beating her father had given her. For failing to do her work to have a brighter future.

Medical school students tasked to get vaccinated before resuming school

Students in medical schools around the country have been tasked to get vaccinated before resuming school on August 13, 2021...

Medical school students tasked to get vaccinated before resuming school

Kenya signs deal that enables unemployed doctors, nurses to work in the UK