by Julius Kitone
in News

A helicopter prepares to fly equipment to spray locusts

Following the invasion of locusts in Karamoja especially in the district of Amudat, government has airlifted the first bunch of locusts spraying kit comprising close to 2000 litres of drugs (Cypermethrin), 500 motorized spray pumps and about 1500 manual spray pumps.

The State Minister for Agriculture Henry Aggrey Bagiire while witnessing the uplifting of the locusts spray kit at Kololo Airstrip in Kampala said the government is prepared to tackle the locusts’ invasion.

“We have not spent the money but we have done emergency procurement, which decision was taken yesterday in the night (Sunday) because we couldn’t buy the drug before they come, what if they could not come? Now we want to applaud the government that in less than 24 hours we have the chemicals,” minister Bagiire added.

Prior to the chemical procurement, government through the Ministry of Finance released 15bn shillings that will be used to fight locusts’ invasion in the country.

“The emergency procurement has been done by the permanent secretary and his team. Those are the people who handle money.” he emphasized.

In addition, Bagiire also revealed that a team has been sent abroad to ascertain how the government can access more aircraft to use in the spraying. 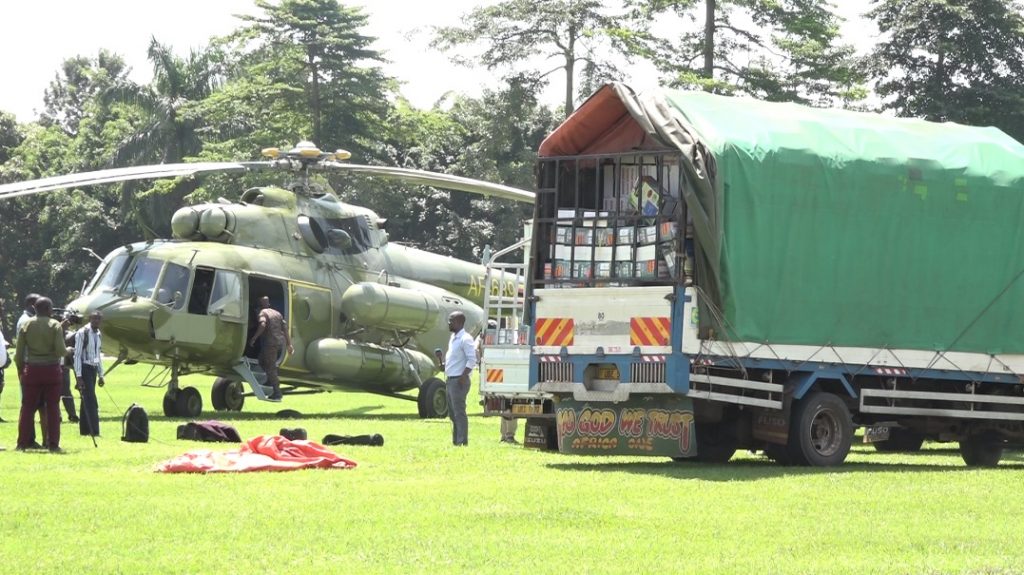 Minister also noted that the government also has already got a team in Ore rim of about 300-400 who are going to Koskei where the aircraft will land with the materials. Locusts by yesterday evening (Sunday evening) left Koskei for Kakamongole in Nakapiripiriti where they are right now.

The struggle to fight locusts also saw government clearing an outstanding debt of about 3 Million USD with the Desert Locusts Control Organization.

The general locust control operations was left with about 3bn shillings which Bagiire believes will be put to the right use depending on the locusts swarm that will be faced.

Ethiopia's Agriculture Minister, Oumer Hussien, has said more spray planes will be deployed to fight huge locust swarms that are...

“Residues in locusts could poison those who eat them,” experts warn