On 6th January 2020, spokesperson of People Power Joel Ssenyonyi was arrested as the people power team tried to make their way to Our Lady of Good Counsel Gayaza grounds, a venue the team had organized to hold Bobi Wine’s first presidential bid consultations.

Canary Mugume speaks to Joel as he recounts his 2 days in police cells, his outstanding moments and discussions with police officers that had detained him.

It is mid-morning of 6th January and people power movement is still hopeful that the Bobi Wine’s consultations meeting scheduled for Gayaza would go on but their hopes kept on falling short as security intensified deployment around the area. 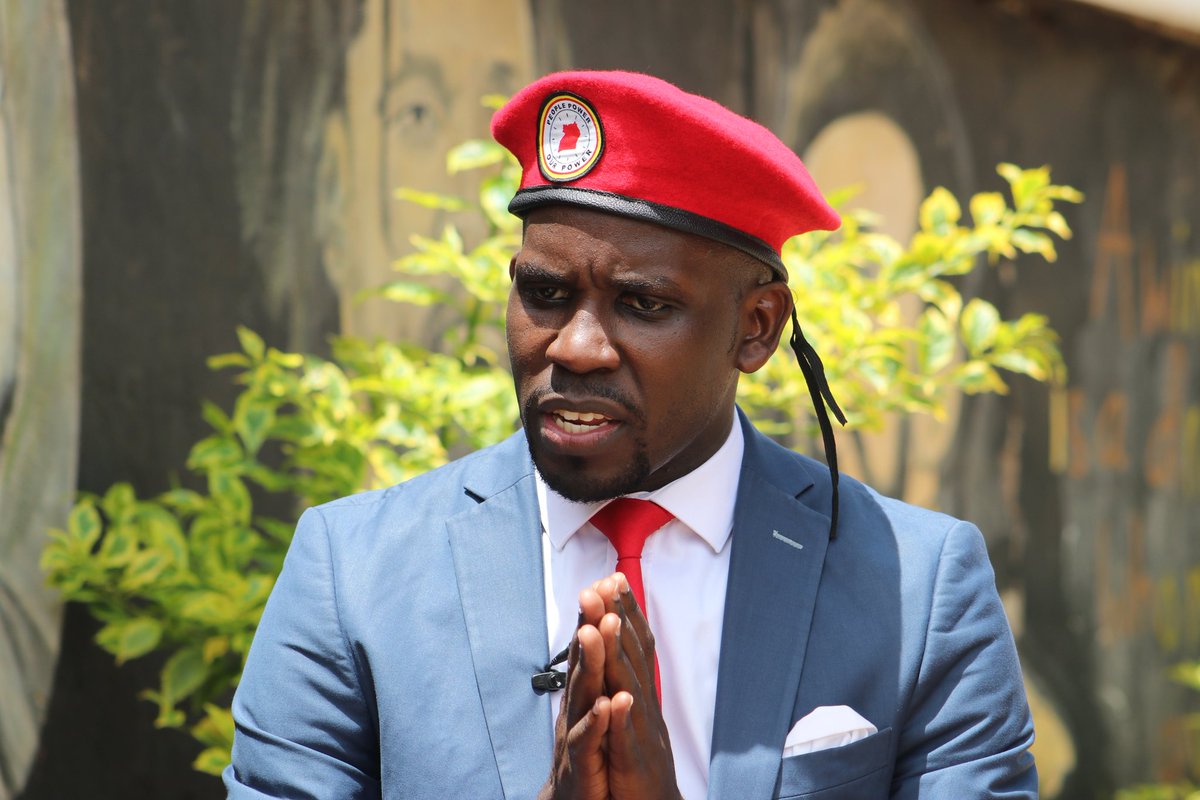 Roadblocks were mounted on roads and the vehicle that was transporting Bobi Wine and Joel Ssenyonyi was blocked from moving. Joel says the operation was commanded by Kasangati District Police Commander Edson Muhangi and Kasangati Deputy Regional Police Commander a one Kiconco.

The arrest
As soon as Bobi Wine got out of the vehicle, he was arrested and so was Joel Ssenyonyi. DPC Edson Muhangi ordered for the arrest of Joel. ‘I asked Muhangi why I was being arrested but my questions fell on deaf ears,’ Joel says.

Joel and other 25 people who belong to people power, some of whom were known to him and others he was seeing for the first time were locked up in a small room with only one small window for aeration, before their belongings were taken away from them, even though Joel says the small window was so small and had them sweating at all times.

Inside the cell, Joel says they sat in shifts because space inside couldn’t permit them to sit all at once. ‘We sat for about 3 or 4 hours and sometimes napped and then allowed another shift to take over,’ Joel remembers.

Spending a night awake
When it started getting dark, Joel’s hopes of getting out the cells before the night shrunk and were almost no more. His instincts were indeed right. By this time, Joel and his colleagues started getting psychologically ready to go to court the following day and chances of being released after court were minimal and at this point, he and his colleagues prepared their minds, to go to jail.

They didn’t know how their fate would later turn out, so to keep themselves occupied and energized, they started singing. ‘We started singing revolutionary songs like Engule and engaged in discussions, sharing experiences about this revolution,’ Joel retrieves memory.

Joel says he could see the resilience in his colleagues’ eyes and that because of that, he was strengthened and his spirit made firmer, meanwhile as they napped in shifts while seated. All this went on until morning.

The following day, the lawyers of people power like Asuman Basalirwa, Shamim Malende, Benjamin Katana, Medard Ssegona, Anthony Wameli and Lewis Rubongoya kept on engaging the DPC, demanding for the unconditional release of their clients but all demands fell on a deaf ear.

‘In fact, our lawyers engaged the state attorney and got sureties ready that very day, we knew we were headed to court that day, but the DPC kept on saying that he waiting for a phone call in order to release us,’ Joel tells us.

The release
At about 10pm, Joel and colleagues were released on Police bond and all property returned to them. Joel says that there were friends’ and relatives’ vehicles already waiting to take them home.

‘We drove straight to Hon.Kyagulanyi’s home and converged there until up to midnight,’ Joel says.

This wasn’t the first time that Joel was getting arrested but it was his baptism of fire because it was his first-time spending time in police cells. The first time he was detained was in September 2018, when Hon.Kyagulanyi was returning from treatment from the U.S. Joel was arrested and detained in Entebbe for a whole day but he at least had access to his phones which he managed to use and call his lawyer Nicholas Opiyo to his rescue.

A total of four directors will by the end of this week have heeded to a directive by the Inspector...

Vipers delighted to unveil Kajoba as 14th coach in 14 years

Mother of seven gives birth to pre-term triplets in Sembabule

A total of four directors will by the...