A walk around in Turkey’s cosmopolitan capital, Ankara in the eyes of a Ugandan

by Jonah Kirabo
in Tour & Travel

Ankara, Turkey’s cosmopolitan capital, sits in the country’s central Anatolia region. It’s a center for the performing arts, home to the State Opera and Ballet, the Presidential Symphony Orchestra and several national theater companies. I’m told that it has a a population of over 5.440 million people

I arrived in Ankara on Sunday, August 18 in what turned out to be a great escape from the political heat in Kampala. I didn’t know that I needed this break until I arrived at my room at Latanya Hotel where I will stay for the next 3 days before checking out another city here in Turkey. The weather is slightly warmer than I thought since its summer. It was about 13 degrees Celsius when I arrived.

According to the little history I have gathered, Modern Turkey was founded in 1923 from the Anatolian remnants of the defeated Ottoman Empire by a now national hero Mustafa Kemal, who was later honored with the title Ataturk, or “Father of the Turks.” Turkey joined the United Nations in 1945 and in 1952 it became a member of NATO.

The purpose of my visit is to represent Uganda in the LOCALINTERNational programme that is hosted here in Turkey every year (Since 2012) but it’s only the first time that a Ugandan is selected to attend. I was selected with a pool of other 45 nationals across the globe and Turkey will be our new home, at least for the next 13 days.

As soon as we were done checking in and freshening up , my colleagues and I took a walk around Ankara under the guidance of another fellow who is a local here and below are some of my excerpts so far.

Ankara is not just beautiful, It is just what it is.

Filtered with Yellow wheat fields and young volcanoes, the city offers a stern landscape. As soon as you land in the city, you will be welcomed by the myriad skyscrappers, shopping centres and five star hotels.

The Turks in Ankara are happy and welcoming and even if a number of them can barely speak English, you can feel it that they are trying their best to make themselves understood which is admirable. According to a researcher here in Turkey, Isabel Godoy who is also a colleague on the same program, she chose Turkey as her place of interest because she found the Turks a bit more welcoming than in Chile where she comes from.

The Turks also love and are very passionate about football. As you walk down the streets, you won’t miss a conversation about football or famous players.

The food
Isabel tells me that from her experience, The Turks try to please everyone with food and yes, I proved this over dinner. The Turkish food is very delicious for any tourist and to the Turks, food is part of the communication.

Everyone in Turkey is smoking something

While here, you will not miss to catch a glimpse of some smoke as literally everyone is smoking. The youths, the ladies and aged often take a puff in the air they walk down the streets. Isabel tells me that despite the Turkish government’s efforts to implement public policies that prohibit tobacco use in public places, they have been difficult measures to adopt over the years. Turkey is rated among the top the countries with the highest tobacco consumption rates.

Tobacco production in Turkey accounts for 4 percent of the World production of 7 million tons which puts them 5th after China, India, USA and Brazil.

Back home in Uganda, we’re trained to look both sides before crossing any road and yes, even at the zebra crossing. 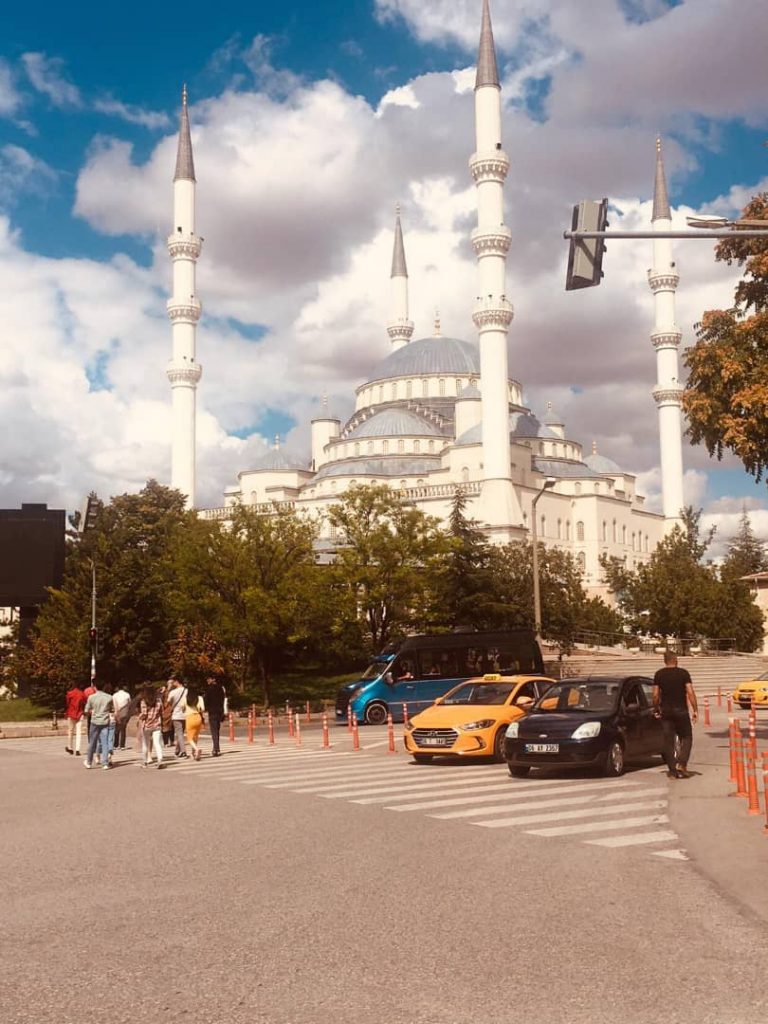 This is totally different in Turkey as you don’t even have to look anywhere. Drivers stop at sight of anyone crossing the road on the Zebra crossing lines.

After our small walk, we made our way back to the hotel for dinner.

Travel has been unheard of in the last five or so months, ever since the President locked down the country...

Coronavirus: Trump suspends ‘all travel from Europe’ to US for 30 days