The National Social Security Fund(NSSF) has announced an increase in the cash prize of this year’s NSSF KAVC international tournament as well as an increase in total sponsorship package from 130m to 180 million shillings this year.

Uganda, Kenya ,Burundi, South Sudan Rwanda and Ethiopia will take part in this year’s NSSF KAVC international volleyball that will run from 2nd to 4th next month at MTN Arena Lugogo. 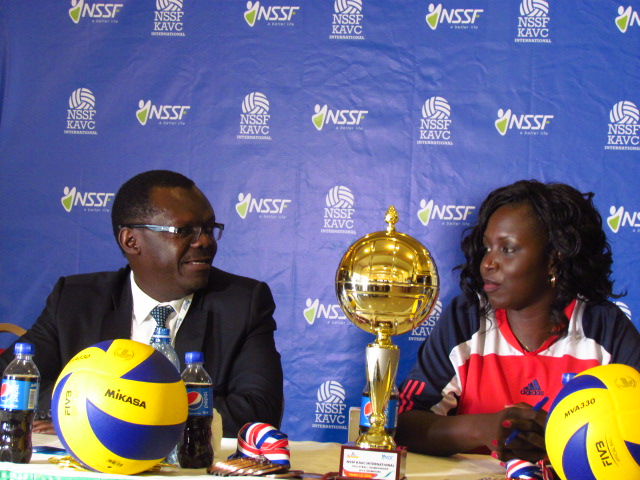 Today NSSF has injected 180m in support of the tournament in which 49 team men and women from 9 countries are expected to compete in the23rd edition.

Announcing the sponsorship, NSSF deputy managing director, Patrick Ayota told the media in Kampala that an increase in prize is intended to boost competition among the participating teams.

“As the tournament grows locally and regionally, it is important that our support matches the importance of this competition to both Ugandan clubs and the others within the region,” he said.

“The tournament provides a strong platform for the individual players to showcase their talent and many of our players have competently utilized this opportunity and have been able to join professionally clubs abroad,” Kure said.

The winners for both men and women categories will bag USD 2500, the runners up USD 1500 and the third place team USD1000.

Uganda’s KAVC and Ndejje University for men and women categories respectively are the defending champions.