The Tusker Lite Kampala Night Run is back! The run made its entry onto Uganda’s social scene in a big way with a successful debut last year, and now returns for a second edition come Sunday June 2, 2019.

The return of the one-of-its-kind fun run was officially announced today at a press conference held at Torino Bar and Restaurant. It will be offering much more too, including a longer route and more fun activities and star artiste performances lined up for the 2019 edition. 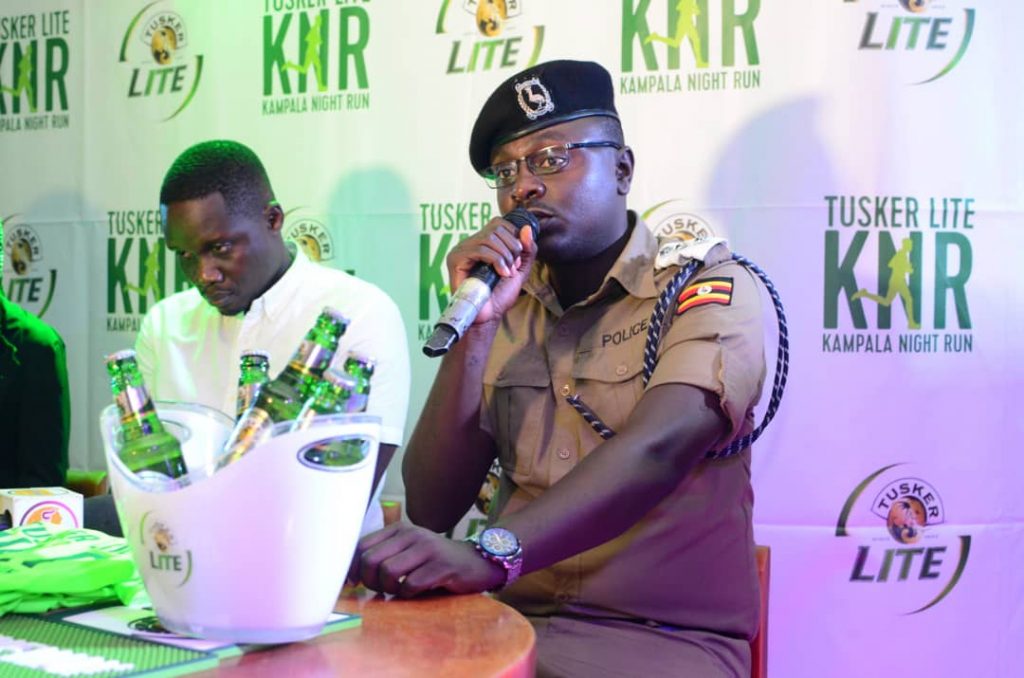 Brand 7D CEO Ronald Kivumbi confirmed that the Tusker Lite Kampala Night Run will be three kilometres this time round, up from the two kilometres participants had to deal with last year.

The flag-off is planned for 7pm, and the start and end points have been retained at Torino Bar and Restaurant as was the case in 2018. Also returning this year are the glow accessories which captured the imagination at the inaugural event, with a well-lit route completing the Lite the Way theme of main sponsors Tusker Lite.

“The Tusker Lite Kampala Night Run will have a longer route, the glows fancier, the artists and DJS on top of their game and security reinforcements are definitely guaranteed for all participants,” said Ronald Kivumbi, CEO Brand 7D. After the run is done, the flag-off point; Torino Bar will be converted into a party venue as it will host the run’s after-party as runners turn into revellers.

“We are really excited about the return of the Tusker Lite Kampala Night Run. It was huge last year and we are looking forward to bringing friends together yet again to break a sweat while having fun at the same time,” said Cathy Twesigye, UBL Brand Manager, Premium Beers.

Some of the prizes lined up for different categories include those for the shortest time to reach the finish line, first runner-up, second runner-up, the most creative runner, most stylish runner, most “lit” runner and the best squad. And to turn up the temperature, runners will be ushered into a night of top class entertainment with performances from artistes Irene Ntale, Winnie Nwagi, Hit Nature, Pallaso, Grenade and surprise disc spinners in Kampala.

Registration for the fun run is at Shs20,000 and tickets are on sale at Torino Bar, Definition and all Funs Videos outlets.

As virtual parties become the trend today, TVs are taking over the show with their weekend dance parties. Beer brands...