VIDEO: Uganda writes to Rwanda over border impasse, asks that other countries are not dragged in

According to Kateshumba, the impasse has also affected traders from other countries and could increase cost of doing business with other partner states if Rwanda and Uganda don’t find a quick solution over this.

On Wednesday, Rwandan authorities blocked trucks from accessing the country via the Katuna border to pave way for construction works on the road.

“We are considering reducing the traffic of heavy trucks to allow completion of the OSBP infrastructure,” read a letter signed by Rosine Uwamariya, the Commissioner for Customs at Rwanda Revenue Authority.

However, Kateshumba who claims the notice from Rwanda did not give time to stakeholders to adjust accordingly. He also claims that, “Cargo consigned via Katuna including cargo cleared under Single Customs Territory (SCT) had already arrived and for some the customs clearance procedures had been finalised.” 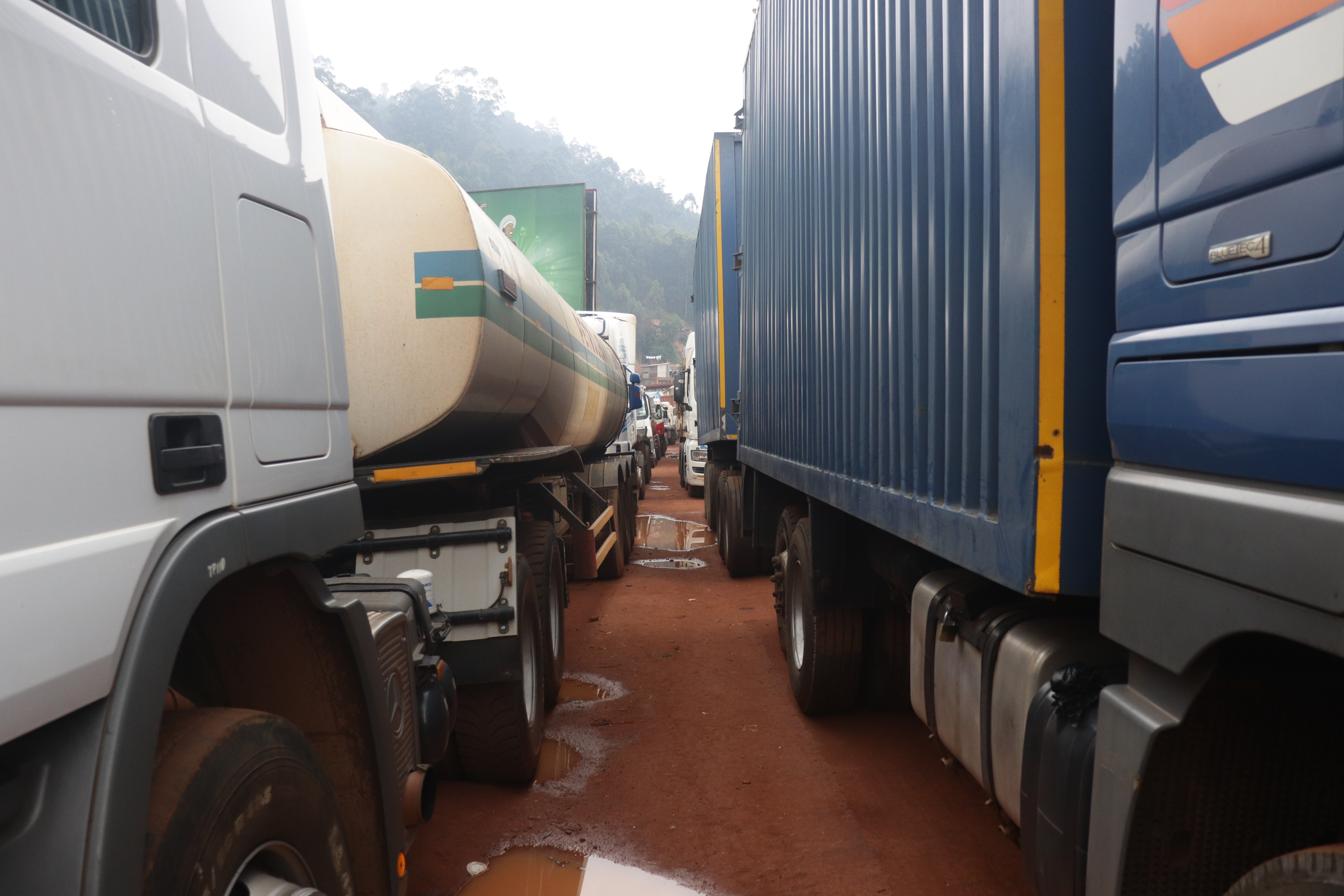 Kateshumba claims that some of the goods by these trucks are perishable, such as; mangoes, cassava while 17 Kenyan trucks (2 with PMS, 3 with jet A1 and 12 with AGO) are carrying highly inflammable substances yet are parked in the middle of the two border points.

“Therefore considering the potential risk of these highly inflammable products as well as potential deterioration of value in the case of perishables. It is prudent that we take steps to unclog the border by facilitating the consignments that are already at the border having arrived before notice.”

However, despite Uganda’s earlier suggestions to have trucks that arrived earlier allowed past the border, Rwandan authorities are still cagy and have refused to respond positively.

“We have put this suggestion since Thursday February 28, but are yet to receive a positive response,” a source inside URA claims.

Rwandan authorities insist that all trucks turn back from their positions and pass Mirama Hills or Kagitumba instead. However, Ugandan authorities maintain the move is very illogical since the border is now ‘choked and there is no space to maneuver”.

“It is practically not possible for trucks to turn back from their positions,” the letter from Uganda to Rwanda elaborates.

Other countries in the mess

Whereas Uganda acknowledges Rwanda’s reasons for closing the border despite the short notice, its worry is that other countries are being affected which would in turn affect bilateral relations with other countries whose cargo is involved.

“The situation if not managed will continue to increase the cost of doing business not only for our two countries but also for partner states whose cargo is among. This will ultimately affect our revenues,” the letter from Uganda reads.

The letter ends, “Commissioner, as we have bilaterally engaged and resolved custom’s related issues between our countries, I request your cooperation in supporting my proposal to facilitate the already existing cargo at the border so that we unclog the station as we divert the rest of the outward and inward cargo to Mirama Hills and Kagitumba respectively.”

Rwanda was yet to respond to Uganda’s letter on the matter at the time of going to press.

The Ugandan government has been dragged to the Civil Division of the High Court in Kampala over the rental income...