U.S. CIA Director Gina Haspel, who traveled to Turkey to investigate the death of Saudi journalist Jamal Khashoggi, has reportedly listened to the audio recording of his torture and killing, The Washington Post said Wednesday.

The Post cited “a person familiar with the audio” who claimed it was “compelling” and could put more pressure on the United States to hold Saudi Arabia accountable for the death of Khashoggi, who was a contributing columnist for the newspaper. 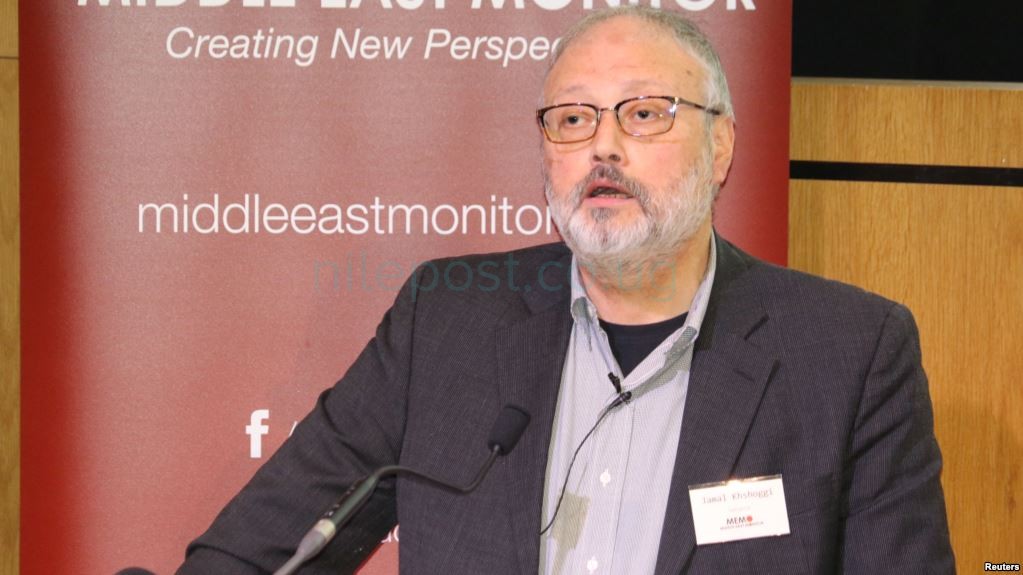 Trump, who has reiterated that he views Saudi Arabia as a great ally and an important purchaser of U.S. tanks, bombs and planes, seems to have grown more suspicious of Crown Prince Mohammed bin Salman’s role in Khashoggi’s death.

Trump told The Wall Street Journal: “Well, the prince is running things over there more so at this stage. He’s running things and so if anybody were going to be, it would be him.”

Trump’s latest assessment of the death of Khashoggi came after he told reporters Tuesday that Saudi authorities had staged “one of the worst cover-ups” in history with their response to the killing of Khashoggi, a critic of the crown prince in his Post columns.

On Wednesday, the crown prince called the killing of Khashoggi a “heinous crime that cannot be justified.”

In his first public comments on Khashoggi’s death three weeks ago inside the Saudis’ Istanbul consulate, he told a Riyadh investment conference: “The crime was very painful to all Saudis. And it is painful, heinous to every human being in the world.”

The crown prince, Saudi Arabia’s de facto ruler, said, “Those behind this crime will be held accountable … in the end justice will prevail.” Saudi authorities have fired five officials linked to Khashoggi’s death and arrested 18 others while Crown Prince Mohammed said Saudi officials would continue to investigate the killing with Turkey.

On Wednesday, Britain joined the United States in revoking visas of those suspected of killing the 59-year-old Khashoggi, while the U.S and several Western governments weigh further action against Saudi Arabia, including possibly cutting off arms sales.

U.S. Secretary of State Mike Pompeo said the revocation of the visas “will not be the last word on this matter from the United States. We will continue to explore additional measures to hold those accountable. We’re making very clear that the United States does not tolerate this kind of ruthless action to silence Mr. Khashoggi, a journalist, through violence.”

German Chancellor Angela Merkel has cut off future weapons sales to Saudi Arabia and is considering whether to halt delivery of arms already approved for export but not yet sent to Saudi Arabia. British Prime Minister Theresa May said its Saudi arms sales were “under review,” a stance similar to that expressed by Australia.

But Spanish Prime Minister Pedro Sanchez said Madrid would fulfill its commitment to sell Saudi Arabia 400 precision bombs despite his “dismay” over the “terrible murder” of Khashoggi.

On Capitol Hill Wednesday, a bill was introduced in the U.S. House of Representatives that would stop most U.S. arms sales to Saudi Arabia.

Language in the bill stated that President Trump could request exceptions to the arms sale ban if he also submitted a report on a U.S. investigation into anyone involved in “the murder of journalist and United States permanent resident Jamal Khashoggi.”

Speaking in Ankara, Erdogan said Turkey will “not allow the murder to be covered up” and will be transparent in sharing any evidence it uncovers. Turkish authorities said Saudi Arabia has now granted police permission to search a well in the garden of the consulate where Khashoggi was killed, after Saudi Arabia had previously refused to allow a search.

Erdogan on Tuesday described for parliament what he said was a premeditated plot by Saudi Arabia to kill Khashoggi when the journalist visited the Saudi consulate in Istanbul Oct. 2 to get documents he needed to marry his fiancée, Turkish national Hatice Cengiz.

Saudi officials at first said that Khashoggi walked out of the consulate and that they did not know his whereabouts. Then they said he died in a fistfight in the consulate. Most recently, the Saudis said Khashoggi was killed in a chokehold when he tried to leave the consulate to call for help.

Father jailed for feeding children on only Coca-Cola