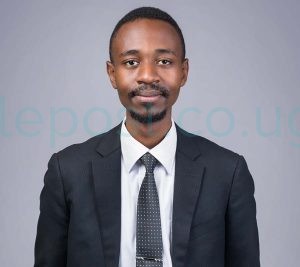 One of the most famous legal schools of thought advances the argument that the law is shaped according to the evolvement of society.

Recently, technology advancement has shed yet another colour to the never ending legal rainbow by criminalising some of the acts that either infringe on other people’s Rights or are against Public morality.

“Nudes”, as they are called by the elite youth lately are usually entailed with content that ordinarily fits for concrete privacy.

Ranging from naked and quasi-naked human bodies to series of captured acts of sensuality and sexuality that usually incur overwhelming shame and public ridicule, nudes have since become the order of the day.

The other vice arising from the use of social media has been Cyber stalking and publication of offensive content.

The intention and motive behind such posts is usually unknown albeit idleness and leisure are partially to blame.

Once they have been authored into existence, a mere click will be sufficient to unveil the same to the unsuspecting public through several social media platforms but commonly via WhatsApp, Twitter and Facebook.

And when that happens, a new order of gossip shall have been birthed. The public will hungrily grab onto it and scratch at it for days till it diminishes away like a kadongo kamu song.

The rate at which these Acts have emerged lately may make one believe that it is legal and okay to have such information featuring within the public domain but what does the Law have say about this new trend.

The computer Misuse Act of 2011 which was assented to on Valentines day of the year 2011 (no prejudice to the special day) criminalizes unauthorized access, Child pornography, cyber harassment, offensive communication and cyber stalking. The Act further prescribes punishment for all the said offences.

A case in Point is ‘’Cyber stalking ‘’ which makes the offender liable on conviction to a fine not exceeding one hundred and twenty currency points (Approximately 2.4 Million) or imprisonment not exceeding 5 years or both.

More so, under the Computer Misuse Act, any person who commits cyber harassment is liable on conviction to a fine not exceeding seventy-two currency points or imprisonment not exceeding three years or both. As to whether the punishment is harsh or lenient, that is a discussion of another day.

Take note that Cyber Harassment among others includes making any request, suggestion or proposal which is obscene, lewd, lascivious or indecent.

The Act defines a Computer means any electronic, magnetic, optical, electrochemical or other data processing device or a group of such interconnected or related devices.

This came to social reality when two female Television personalities and former workmates made news round by taking their “beef” online.

One of them in the Blue corner took on her colleague on her own Facebook Page. The matter enjoyed sufficient urban attention until the offended party through her lawyers took steps to sue the one in the red corner or defamation and cyber harassment.

The sister legislation of The Anti-Pornography Act among others prohibits a person from producing, trafficking in, publishing, broadcasting, procuring, importing, exporting, selling or abetting any form of pornography.

Any person who contravenes this law commits an offence and is liable, on conviction, to a fine not exceeding five hundred currency points or imprisonment not exceeding ten years or both.

The Act in Section 3 establishes the Pornography Control Committee that has so far proved worthy of the call by working with the Police and office of the DPP to bring the offenders to book, with offenders arrested, questioned while others are already in Courts facing the charges.

The committee is indeed like a hungry jaguar looking for offenders to devour.

It is therefore important to know that whatever you are about to do in the heat of passion, excitement, hangover, political activism or heartbreak does not contravene any of those offences created under the law mentioned herein.

Some of the activists against this legal position have always taken on the shield of freedom of expression but the argument from the prosecutor is always applying the test of whether the said acts contravene other peoples’ rights and whether they are morally acceptable.

For yet another time, the law takes on the shape of morality.

Once proved, the offender is condemned to damages of the magnitude the Judicial officer deems fit.

Just a click of a button or tap of a screen may cost you your life’s savings, and as the Bible says if your hand causes you to sin, cut it off. (though sometimes it may be too late to save you from prison or unnecessary expenditure).

Therefore, regardless of the intention if the publication of a photo or a Text offends a person or the law, the punishment is more severe than a desert hunger.

It is therefore ILLEGAL for one to circulate (not just authoring) “nudes” whether of themselves or of another. Suggestively, people should refrain from creating and producing the same so as to stall any publications that were initially not anticipated.

It is also important to note that law does not separate the author and the one who has forwarded. By merely forwarding that photo, video or text, you are abetting the crime and thus liable.

Why it is called the law and not a resolution is because it is imputed on you whether you have agreed to it or not.

As the ancient legal scholar once said; the citizen obeys until the next amendment. Needless to say that its ignorance is no defence but FORE WARNED, FORE ARMED.

The author is a legal associate at Pace Advocates.

The International Crimes Division of the High Court in Kampala has released the 11 suspects who had been accused of...

Tumukunde asks court to drop treason charges against him